2. When the hybrids of F1 generation pea plants having round-yellow seeds were cross-bred by self pollination, then four types of seeds having different combinations of shape and color were obtained in second generation or F2 generation. They were round yellow, round-green, wrinkled yellow and wrinkled-green seeds. 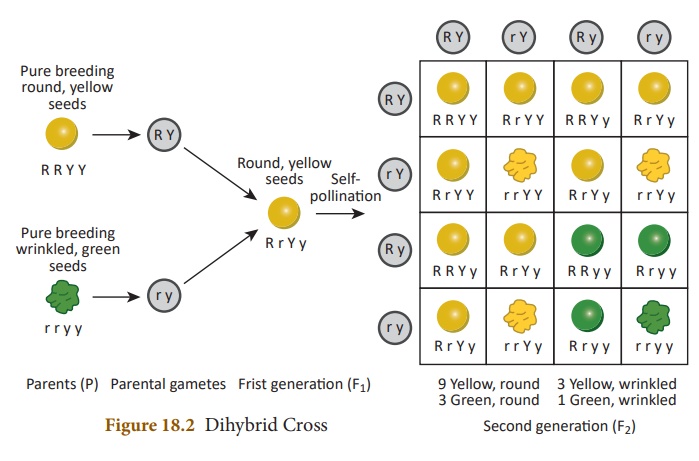 The ratio of each phenotype (or appearance) of seeds in the F2 generation is 9:3:3:1. This is known as the Dihybrid ratio.

From the above results it can be concluded that the factors for each character or trait remain independent and maintain their identity in the gametes. The factors are independent to each other and pass to the offsprings (through gametes).

Results of a Dihybrid Cross:

Mendel got the following results from his dihybrid cross

2. New Combination: Two new combinations of traits with round green and wrinkled yellow had appeared in the dihybrid cross (F2 generation).