The physical quantity work is defined as the product of force times a conjugate d isplacement, i.e., a displacement in the same d irection as the force we are considering. 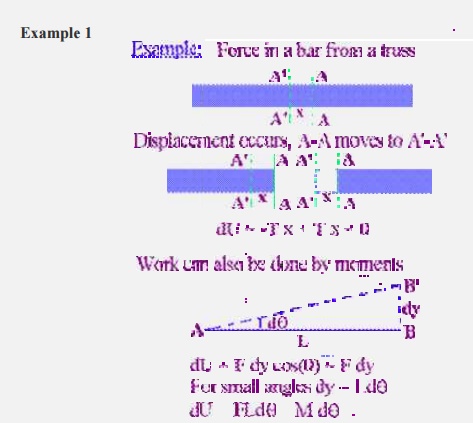 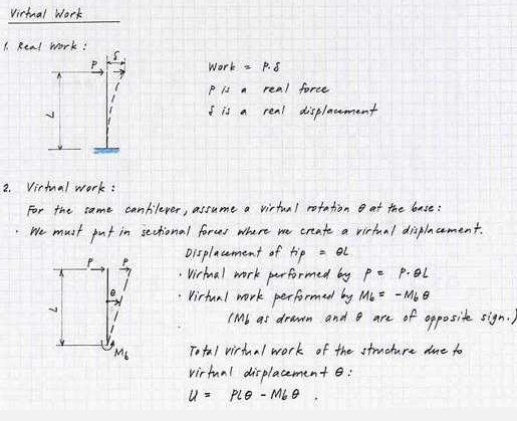 We can extend the concept of real work to a definition of virtual work, which is the product of a real force and a conjugate displacement, either real or virtual. In Part 2 of the example shown above, we assume that the cantilever column loaded with force P undergoes a virtual rotation of magnitude at its base. We compute the virtual work corresponding to this virtual displacement by summing the products of real forces times conjugate virtual displacements.

For this calculation, we must introduce unknown sectional forces at those locations where we have cut the structure to create the virtual displacement. In the example shown above, therefore, we have introduced bending moment at the base, Mb. For completeness, we would also have to

introduce a shear force V and an axial force N at the base of the column, but, as we shall see, there is no component of virtual displacement conjugate to these forces. They have therefore not been shown in the example.

The principle of virtual work states that a system of real forces is in equilibrium if and only if the virtual work performed by these forces is zero for all virtual displacements that are compatible with geometrical boundary conditions.

For the example given in the previous subsection, this implies that the virtual work of the simple cantilever, U, must be zero for the system to be in equilibrium:

Since    is nonzero, it follows that Mb = P • L, which is precisely the familiar expression for

bending moment at the base of a cantilever loaded with force P at its tip.

A more general mathematical statement of the principle of virtual work is as follows:

the locations where the structure has been cut to allow it to undergo a virtual displacement.

boundary conditions and conjugate to the forces defined previously.

Then the structure is in equilibrium if and and only if:

Virtual work is defined as the f ollowing line integral

C is the path or curve tra versed by the object, keeping all constraints sati sfied;

Virtual work is therefore a special case of mechanical work. For the work to be called virtual, the motion undergone by the system must be compatible with the system's const raints, hence the use of a virtual displacement.

One of the key ideas of Lagrangian mechanics is that the virtual work done by th e constraint forces should be zero. This is a reasonable assumption, for otherwise a physical system might gain or lose energy simply by being constrained (imagine a bead on a stationary hoop moving faster and faster for no apparent reason)! 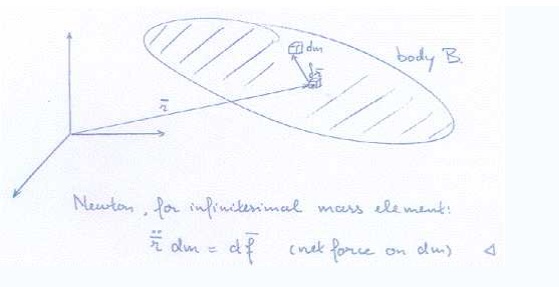 -         compatible with the kinematic constraints, but otherwise arbitrary

This formalism is convenient, as the constraint (non-working) loads disappear. ( forces, torques)

Where u iis the vector of independent degrees-of-freedom.

The motivation for introducing virtual work can be appreciated by the following simple example from statics of particles. Supposee a particle is in equilibrium under a set of force s Fxi, Fyi, Fzi i = 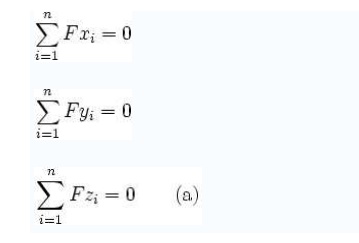 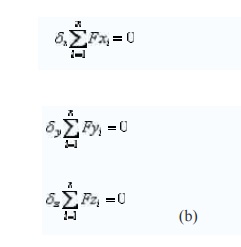 When the arbitrary constants ?x, ?y, ?z are thought of as virtual displacements of the particle, then the left-hand-sides of (b) represent the virtual work. The total virtual work is:

Applying to a deformable body in equilibrium that undergoes compatible displa cements and deformations, we can find the tottal virtual work by including both internal and external forces acting on the particles. If the mat erial particles experience compatible displacements and deformations, the work done by internal stresses cancel out, and the net virtual w ork done reduces to the work done by the applied external forces. The total virtual work i n the body may also be found by the volume integral of the product of stresses

Thus, the principle of virtual wo rk for a deformable body is: 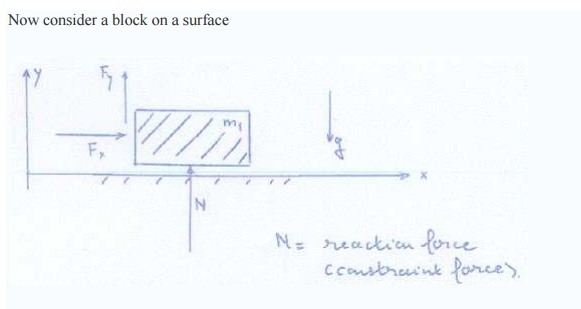 This relation is equivalent to the set of equilibrium equations written for the particles in the deformable body. It is valid irrespective of material behaviour, and hence leads to powerful applications in structural analysi s and finite element analysis. 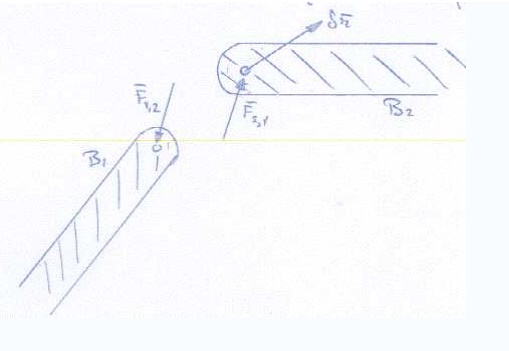 drop out of the exp ression

By assuming the contributions to virtual work produced by all forces in and an all system elements, the constraint loads dis appear.

For multi-body system, the derivation of the equatios of motion now becomes much more simple.

Members of structure deform due to external loads. The minimum number of parameters required  to  uniquely  descr ibe the  deformed shape  of  structure  is  called  'Degree  of Freedom'. Displacements  and rotations  at

various p oints in structure are the parameters considered in describing the deformed shape of a structure. In framed structure the deformation at joints is first computed and then shape of deformed structure. Deformation at intermediate points on the structure is expressed in terms of end deformations. At supports the deformations corresponding to a reaction is zero. For example hinged support of a two dimensional system permits only rotation and translation along x and y directions are zero. Degree of freedom of a structure is expressed as a number equal to number of free displacements at all joints. For a two dimensional structure each rigid joint has three displacements as shown in

In case of three dimensional structure each rigid joint has six displacement.

Where, NDOF is the number of degrees of freedom

In 2D analysis of frames some times axial deformation is ignored. Then NAC=No. of axial condition is deducted from NDOF

Conditions of Equilibrium and Static Indeterminacy

A body is said to be under static equilibrium, when it continues to be under rest after application of loads. During motion, the equilibrium condition is called dynamic equilibrium. In two dimensional system, a body is in equilibrium when it satisfies following equation.

To use the equation 1.1, the force components along x and y axes are considered. In three dimensional system equilibrium equations of equilibrium are

A general procedure for determining the degree of indeterminacy of two-dimensional structures are given below: 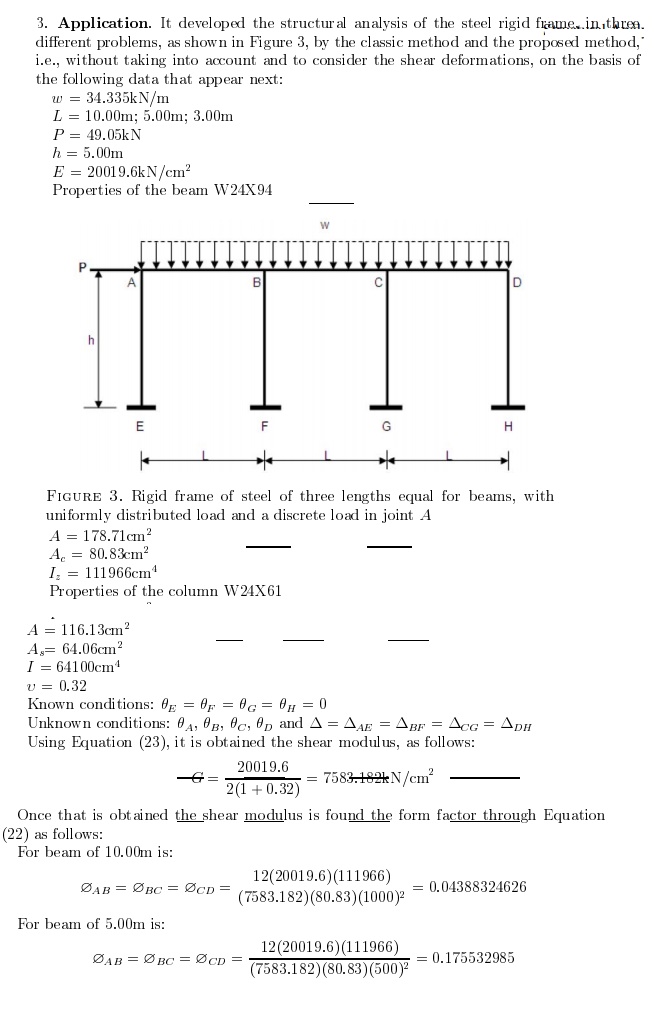 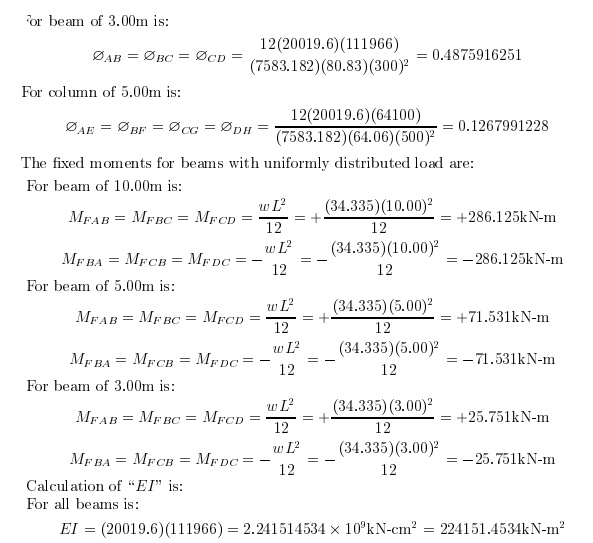 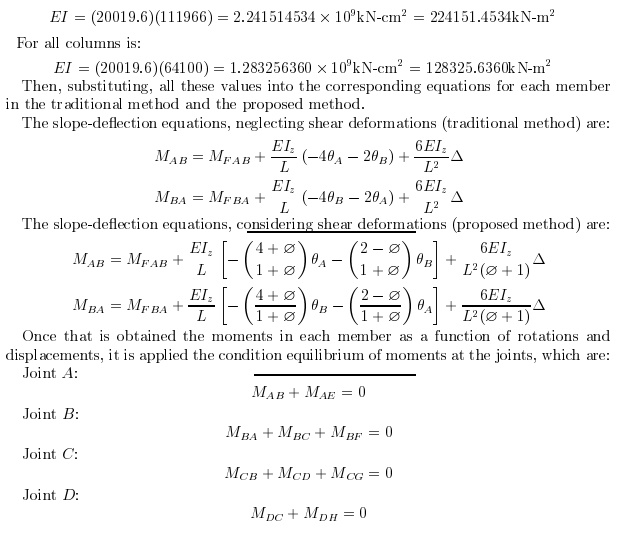 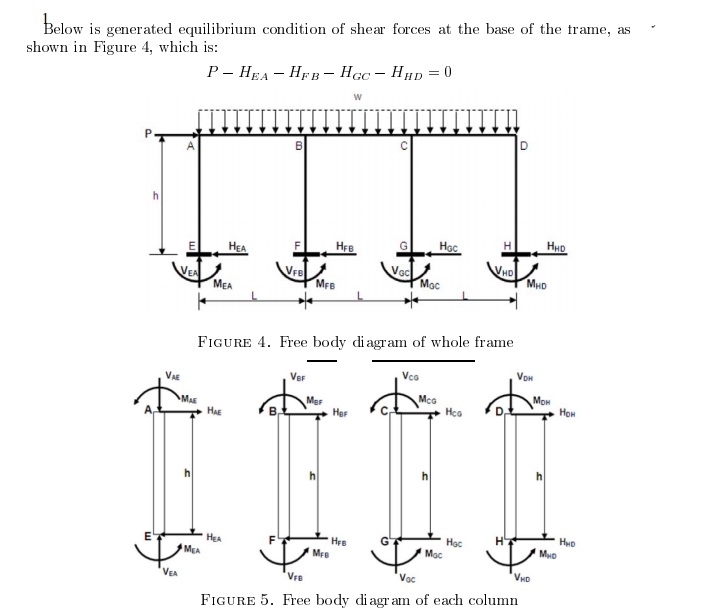 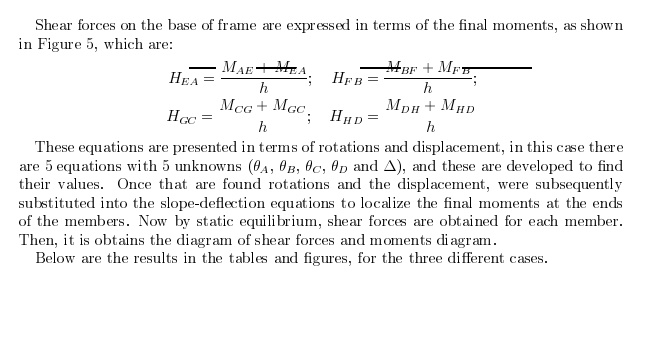