o     By varying the resistance in the armature circuit

o     By varying the applied Voltage

·         That is when supply voltage V and armature resistance Ra are kept constant, speed is directly proportional to armature current Ia. Thus if we add resistance in series with armature, Ia decreases and hence speed decreases.

Greater the resistance in series with armature, greater the decrease in speed.

·         More power is wasted in this controller resistance.

·         Speed of the motor is inversely proportional to flux. Thus by decreasing flux speed can be increased and vice versa.

·         To control the flux, a rheostat is added in series with the field winding, as shown in the circuit diagram.

·         Adding more resistance in series with field winding will increase the speed, as it will decrease the flux.

·         Though speed can be increased by reducing flux with this method, it puts a limit to maximum speed as weakening of flux beyond the limit will adversely affect the commutation. 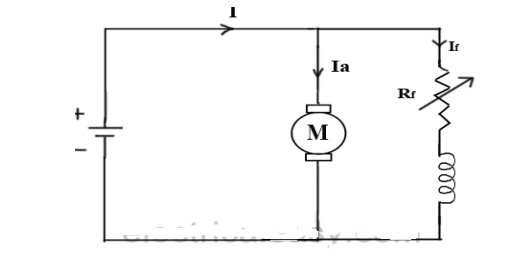 ·        The power loss in the control resistance of dc series motor can be neglected because this control method is utilized for a large portion of time for reducing the speed under light load condition.

·         This method of speed control is most economical for constant torque. 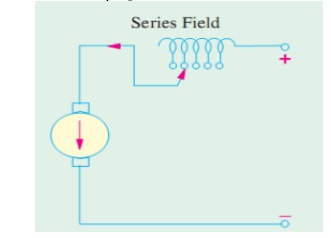 ·         A veritable resistance is connected parallel to the series field as shown in fig.

·         This variable resistor is called as divertor, as desired amount of current can be diverted through this resistor and hence current through field coil can be decreased.

·         Hence flux can be decreased to desired amount and speed can be increased.

·         For a given constant load torque, if armature current is reduced then flux must increase.

This will result in increase in current taken from the supply and hence flux Ø will increase and subsequently speed of the motor will decrease. 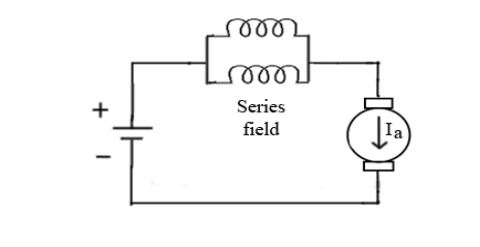 This system is used where very sensitive speed control of motor is required (e.g electric excavators, elevators etc.) The arrangement of this system is as required in the figure beside.

M2 is the motor whose speed control is required. M1 may beany AC motor or DC motor with constant speed. G is the generator directly coupled to M1.

In this method the output from the generator G is fed to the armature of the motor M2 whose speed is to be controlled.

The output voltage of the generator G can be varied from zero to its maximum value, and hence the armature voltage of the motor M2 is varied very smoothly.

Hence very smooth speed control of motor can be obtained by this method.

Full forward and reverse speed can be achieved.

A wide range of speed control is possible

The armature current of the motor is smooth.

The overall efficiency is low, less than 80%

Costly foundation and a large amount of space is required