Closed loop control improves on the drives performance by increasing speed of response and improving on speed regulation. 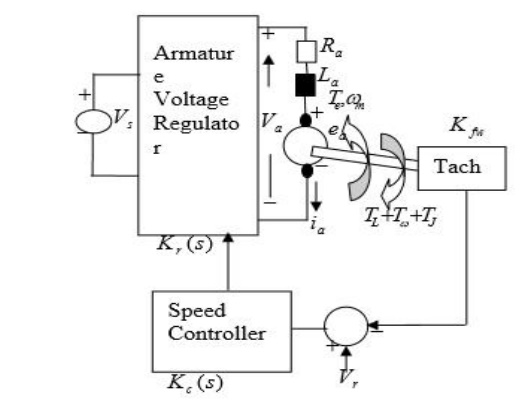 Where, Kfω is the tachometer feedback gain

Kc(s) is the speed controller gain

The block diagram representation of the control configuration is shown below. 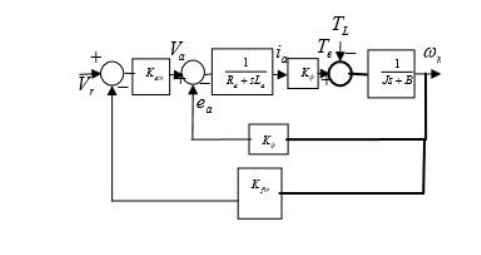 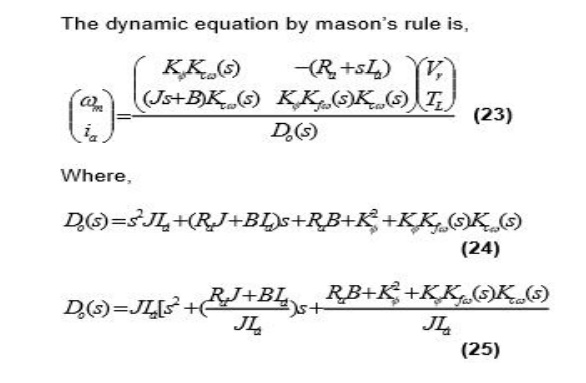 If the tachometer loop does not contain a filter, the feedback gain can be a constant designated as Kfw

Now taking the Proportional Controller as a case study, with Kcw(S) = Kcwp , the dynamic equation is, 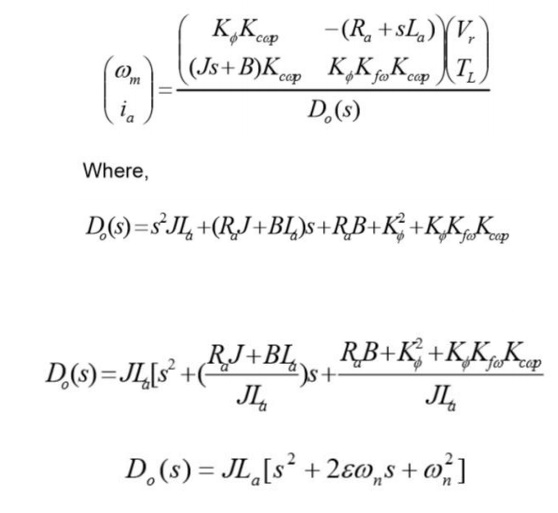 The Natural Frequency of Oscillation, ωn  is,

This is always higher than the open loop case due to the factor Kф ,KfѠ, KcѠp

The Damping Ratio, ε , is

SR is also lower than in the open loop case due to the factor Kф ,KfѠ, KcѠp . This is an indication of a better drive performance.

Improvement in speed control can be obtained with Inner Current Loop Control method, whereby armature current is fed back to the input. A closed loop speed control scheme with inner current control is shown in Figure.

Designating K1ci+Kr=Kci the block diagram representation of the control configuration is shown in Figure.

The dynamic equation is, 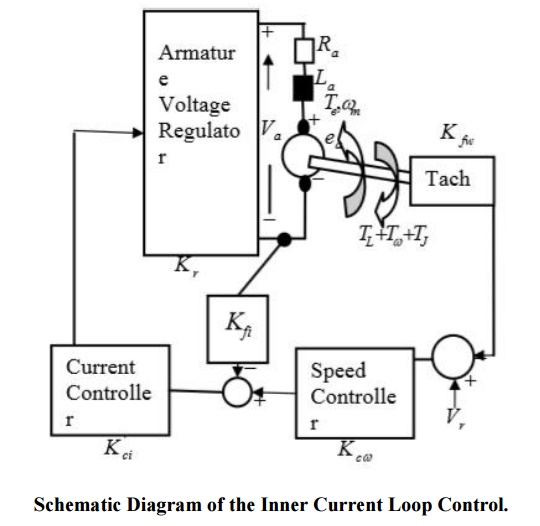 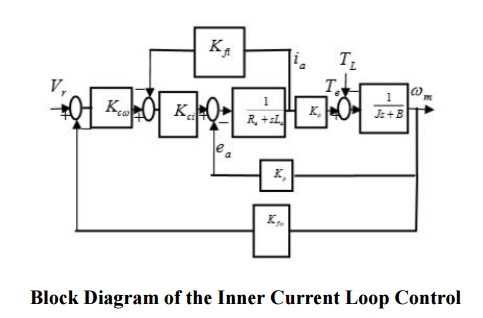