Single Tuned Amplifiers consist of only one Tank Circuit and the amplifying frequency range is determined by it. By giving signal to its input terminal of various Frequency Ranges. The Tank Circuit on its collector delivers High Impedance on resonant Frequency, Thus the amplified signal is Completely Available on the output Terminal. And for input signals other than Resonant Frequency, the tank circuit provides lower impedance, hence most of the signals get attenuated at collector Terminal. 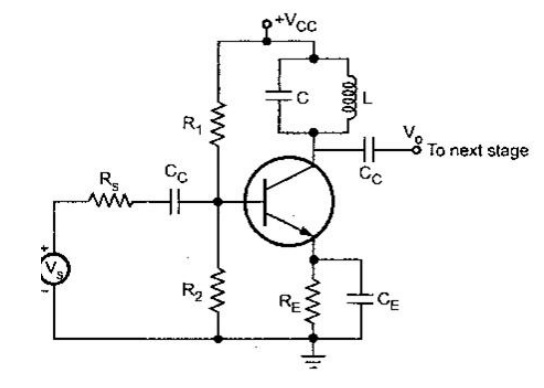 Ri- input resistance of the next stage

The equivalent circuit is simplified by

An amplifier that uses a pair of mutually inductively coupled coils where both primary and secondary are tuned, such a circuit is known as “double tuned amplifier”. Its response will provide 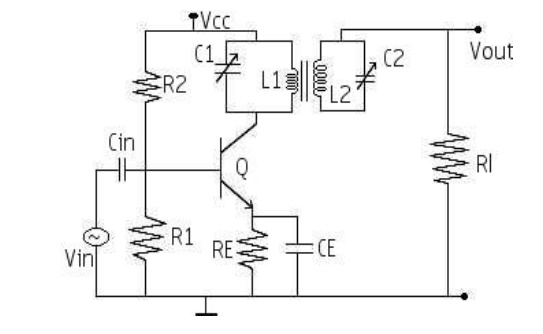 By proper adjustment of the coupling between the two coils of the two tuned circuits, the required results (High selectivity, high Voltage gain and required bandwidth) may be obtained. 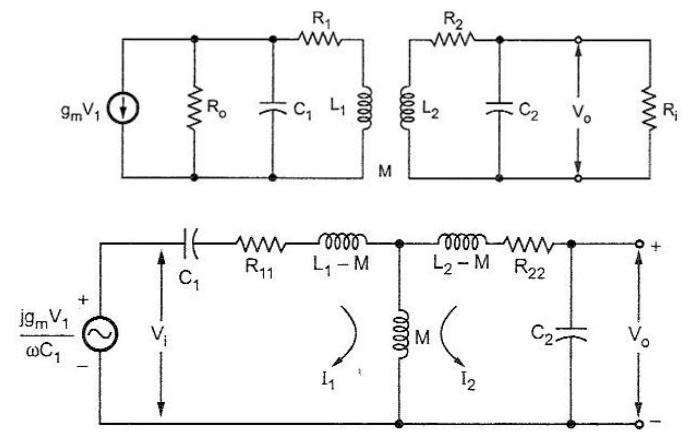 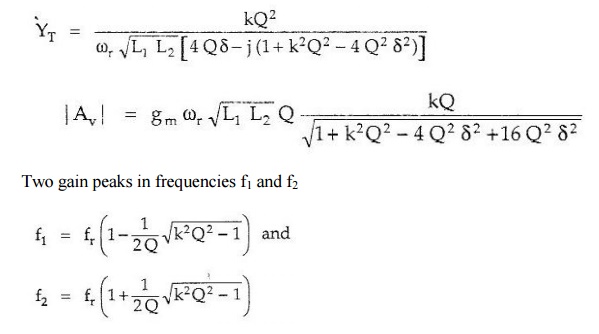 This condition is known as critical coupling.

For the values of k<1/Q the peak gain is less than the maximum gain and the coupling is poor. For the values k> 1/Q, the circuit is overcoupled and the response shows double peak. This double peak is  useful when more bandwidth is required

The ratio of peak and dip gain is denoted as γ and it represents the magnitude of the ripple in the gain curve. 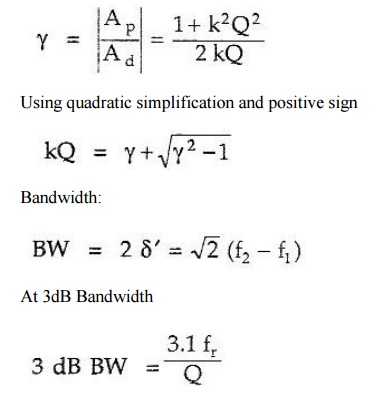 To overcome this problem two single tuned cascaded amplifiers having certain bandwidth are taken and their resonant frequencies are so adjusted that they are separated by an amount equal to the bandwidth of each stage. Since the resonant frequencies are displaced or staggered, they are known as staggered tuned amplifiers. If it is desired to build a wide band high gain amplifier, one procedure is to use either single tuned or double tuned circuits which have been heavily loaded so as to increase the bandwidth.

The gain per stage is correspondingly reduced, by virtue of the constant gain-bandwidth product. The use of a cascaded chain of stages will provide for the desired gain. Generally, for a specified gain and bandwidth the double tuned cascaded amplifier is preferred, since fewer tubes are often possible, and also since the pass-band characteristics of the double tuned cascaded chain are more favorable, falling more sensitive to variations in tube capacitance and coil inductance than the single tuned circuits. 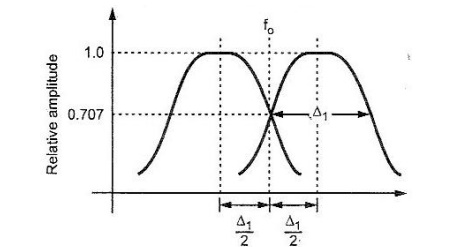 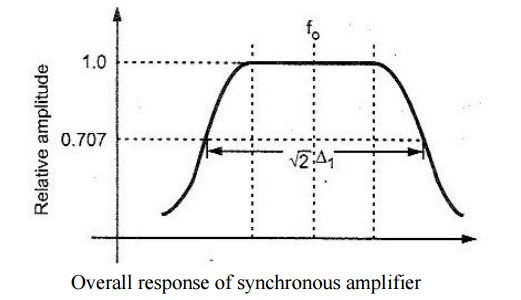 Since the resonant Frequencies of different tuned circuits are displaced or staggered, they are referred as STAGGER TUNED AMPLIFIER.

The main advantage of stagger tuned amplifier is increased bandwidth. Its Drawback is Reduced Selectivity and critical tuning of many tank circuits. They are used in RF amplifier stage in Radio Receivers.

Gain of the single tuned amplifier:

Gain of the cascaded amplifier: