The magnetic field in a d.c. g enerator is normally produced by electromag nets rather than permanent magnets. Generators are generally classified according to their methods of field excitation. On this basis, d.c. gen erators are divided into the following two classes:

The behavior of a d.c. generator on load depends upon the method of field excitation adopted.

There are two characteristics

This curve shows the relation b etween the generated e.m.f. at no-load (E0) and the field current (If) at constant speed. It is also k nown as magnetic characteristic or no-load saturation curve. Its shape is practically the same fo r all generators whether separately or self-excited. The data for O.C.C. curve are obtained experimentally by operating the generator at no l oad and constant speed and recording the change in terminal voltage as the field current is varied.

This curve shows the relation between the terminal voltage (Vt) and load current (IL). The terminal voltageVt will be less than E due to voltage drop in the armature circu it. Therefore, this curve will lie below the internal characteristic. This characteristic is very important in determining the suitability of a generator for a given purpose. It can be obtained by making simultaneous

Magnetic characteristics (E0 versus If) 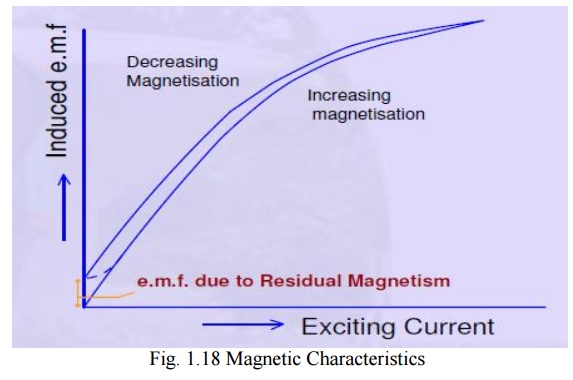 A separate excitation is normally used for testing of d.c. generators to determine their open circuit or magnetization characteristic. The excitation current is increased monotonically to a maximum value and then decreased in the same manner, while noting the terminal voltage of the armature. The load current is kept zero. The speed of the generator is held at a constant value. 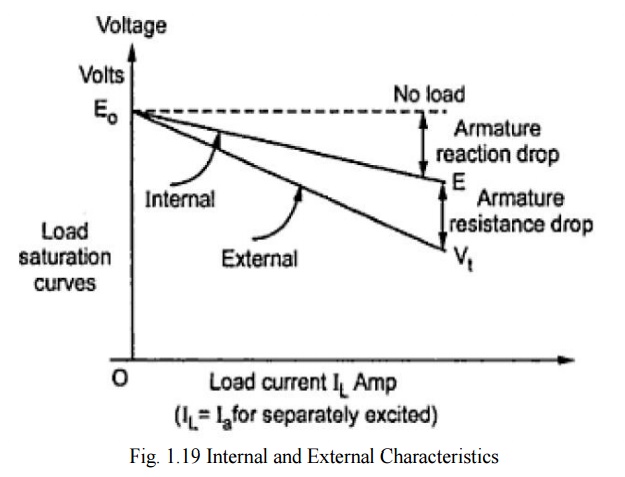 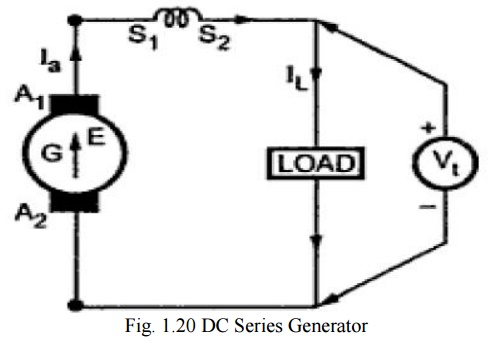 Power delivered to load = VIa or VIL

No load and Load Characteristics 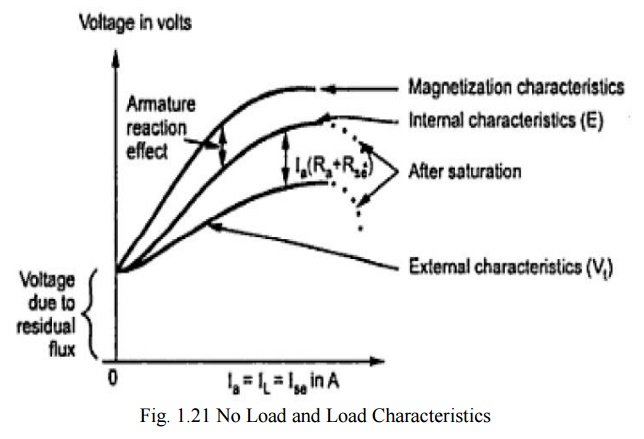 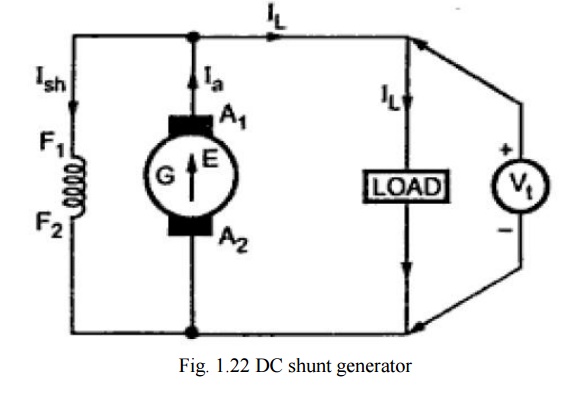 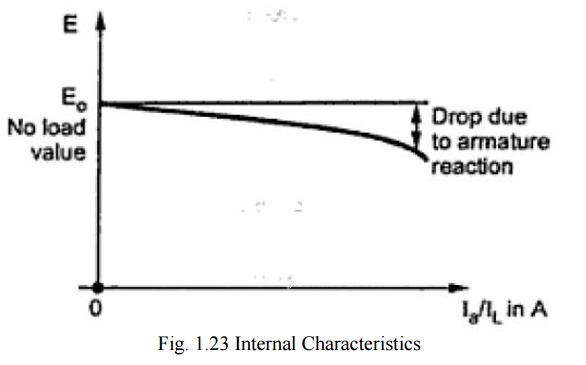 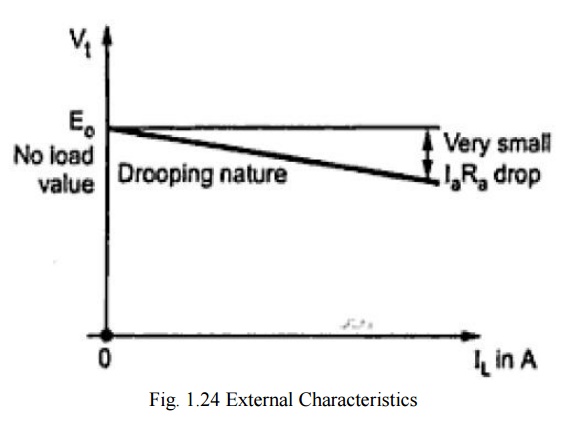 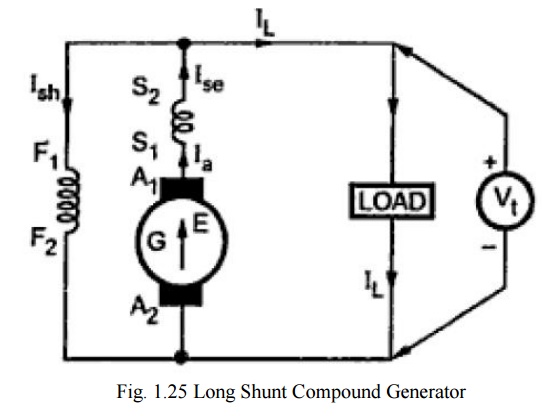 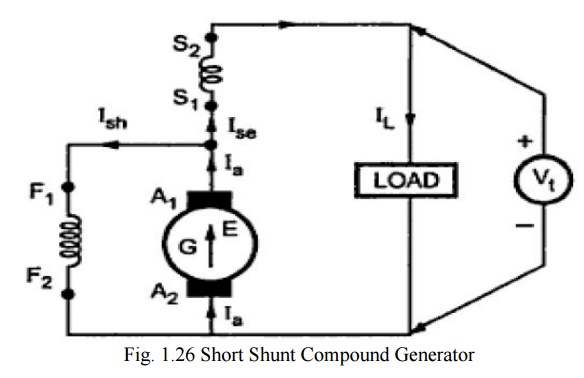