Unusual shapes in stems are formed by the unusual position of cambium. Example: Thinonia scandens, Serjania ichthyoctona and Bauhinia langsdorffiana. 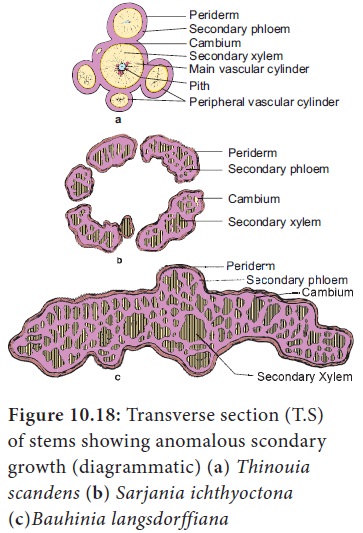 Certain segments of cambia cease to produce secondary xylem. But at the same time, it produces secondary phloem only on the outer side. The remaining cambial segments do the normal activity; As a result, ridged and furrowed steles are formed. Example: Bignonia. 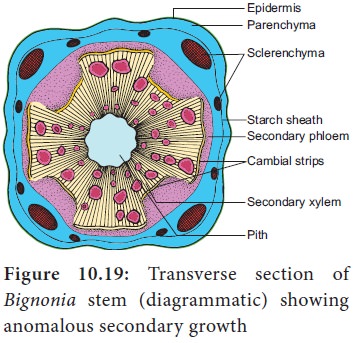 In plants like Aviccenia, Cycas, Gnetum a number of cambial rings arise in succession and produce concentric rings of secondary tissues. 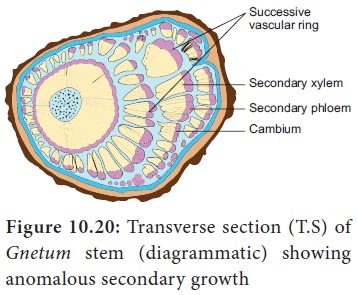 The secondary phloem found in the form of strands (islands) embedded in the secondary xylem is called interxylary or included phloem. 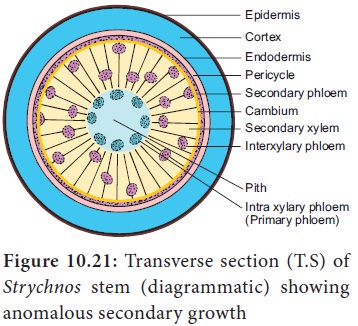 5. Presence of medullary bundles along with normal cambial activity 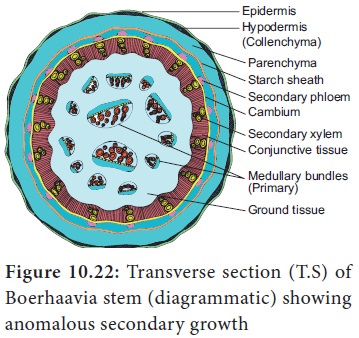 6. Presence of cortical bundles along with normal cambial activity 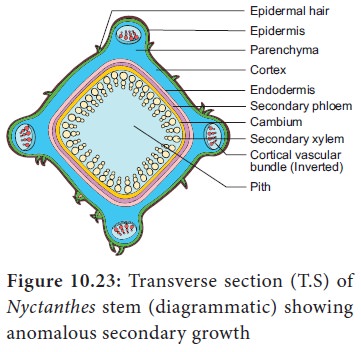 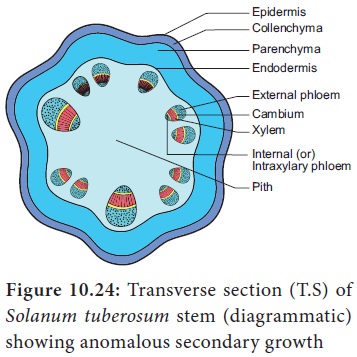 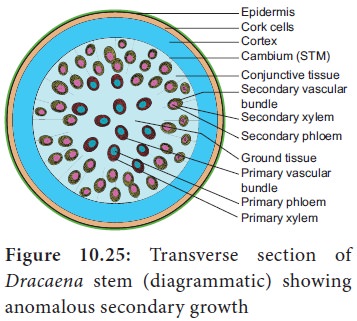 I) Absence of vessels in the xylem.

Usually, vessels are found in the xylem of angiosperms, whereas some plants are lacking vessels in the xylem. Example: Hydrilla, Winteraceae family members.

II) Scattered Vascular bundles along with cambial activity in dicots. 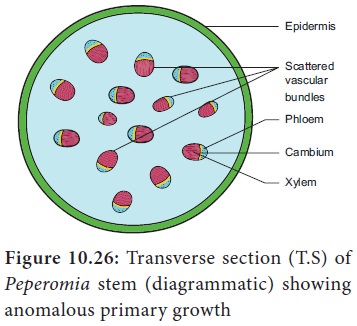