After learning this lesson students will be able to

• know about three types of lever

Teacher : Students, you have studied about force in your lower class. What is force ?

Students : A force is a push or pull that moves an object at rest or stops an object in motion.

Teacher : There are different kinds of force. What are they?

A force can cause an object to change its shape, speed or direction.

An action in which one exerts a force to move an object is known as work. What do you understand from the below pictures?

From these pictures, we understand that a force is applied to do some work.

Teacher: Yesterday I was walking back from school. I found some people working to lay the road. I found some items in that place. Can you say something about that place and the machines that were used there? Or

Say something about the machines that were used. When can we say that work is done or not?

Answer: Machines like road roller, crow bars, spades, pick axe and shovels are used. The shape of the road is changed by applying force. So we say that work is done.

When can we say that work is done or not?

Two main conditions are needed for work to be done.

• A force should act on an object.

• Object should move from one place to another.

When the force acting on the object makes it move it is said to be done a work. 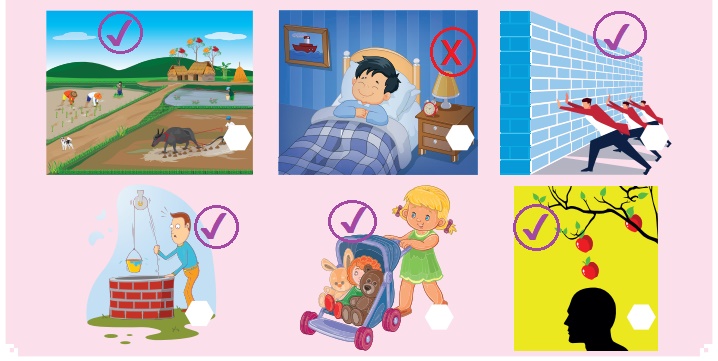 Mention whether work is done or not in the following activity.

In the above picture

• A man pulls a luggage. To do so he needs some energy. What is the source? Food gives energy to humans.

• The car moves by the obtained from the burning of fuel.

• The escalator moves by using electricity as energy.

Energy is defined as capacity for doing work.

Energy must be transferred to an object in order to do work. 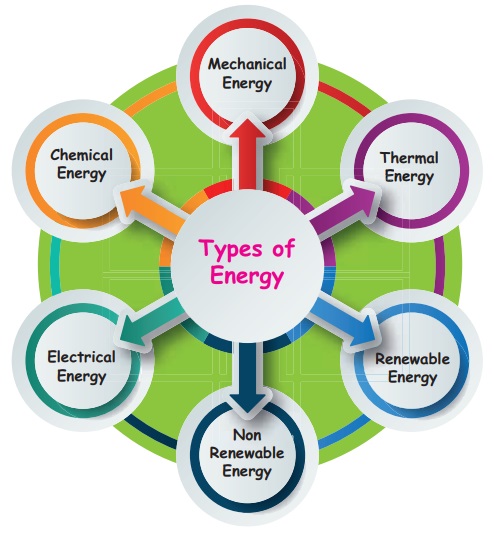 The resources which are not easily replaced once used are called the non-renewable resources. Eg: Petrol, Coal and Natural gas

The law of conservation of energy states that energy cannot created nor destroyed. It can be converted from one form to another.

The SI unit of energy is joule.

It is named after James Joule who explained about energy.

Observe the above pictures. What are they used for?

In our daily life our effort is saved with the help of some simple machines.

We draw water from the well with the help of a wheel and a rope.

Observe the picture. Which is easier? Lifting the load with the help of a pulley or without a pulley? 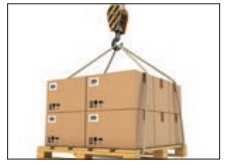 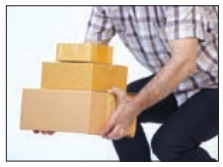 Answer: Lifting the load with the help of a pulley is easier.

A pulley is a machine made up of a wheel with a cut around it. A rope or chain passes around the pulley. It rotates in the direction with more force. Eg: crane

Observe the picture and discuss. Is lifting a box is easier than rolling it on a ramp? 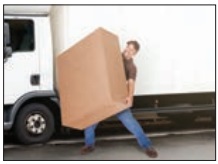 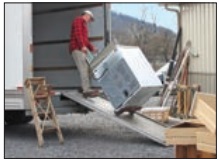 Answer: Rolling a box on a ramp is easier than lifting it.

An inclined plane is a flat sloping surface with one end higher than another. 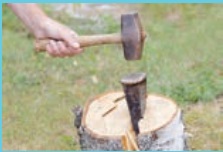 A wedge is a tool with a sharp edge which can be used to split materials. It is used to break wooden logs into two pieces. Eg: knife, scissors and axe.

The screw is used to raise weights and to hold objects together.

The blade and sharpner are held together by screw.

Wheel and axle consist of a wheel attached to a small rod so that these two parts rotate together.

Simple machines usually exchange a smaller force to move a heavy object. The work required is the same, but the force required is less. The idea of a simple machine originated with the Greek philosopher Archimedes around the 3rd century BC.

A lever is used to multiply the force we give on an object.

Identify and mention the types of simple machines. 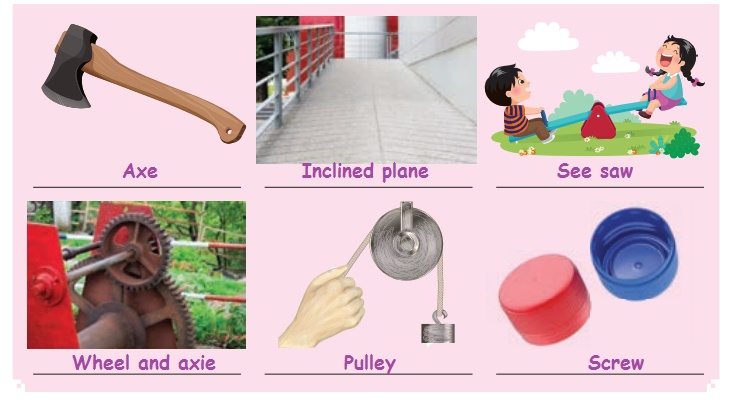 1. Pulley: To draw water from wells

2. Wheel and axle: To drive a bicycle

4. Inclined plane: Rolling things up or down

5. Lever: To increase the force given

6. Screw: To hold objects together

To understand the lever, we must know the following terms.

Load is the object on which the force is applied.

Effort is the force we apply on the lever.

Fulcrum is the point on which the lever rotates.

Lever is classified into three types according to where the load and effort are located with respect to fulcrum.

The three types of lever

When the fulcrum is between the effort and the load, it is known as Class I lever.

When the load is between the effort and the fulcrum, it is known as Class II lever.

In this lever, the effort is between the load and the fulcrum.

Name the load, effort and fulcrum.