The Procedure of Verification and Valuation of individual Intangible Assets are explained in the following paragraphs.

The Procedure of Verification and Valuation of individual Intangible Assets are explained in the following paragraphs.

Goodwill is an intangible concealed asset, which represents the earning capacity of the business. As a rule, this does not appear in the Balance Sheet except when it is actually purchased, or in case of a partnership when it is brought into the books of account in case of change in the partnership deed. It arises because of several reasons such as special popularity of a particular place, attractiveness of the goods dealt in, the popularity of the firm and reputation of the owners of the business enterprise etc. It also refers to the monetary value of reputation of a business. Since, goodwill is not tangible; it does not call for physical verification. The Goodwill is shown in company’s Balance Sheet under the head Fixed Assets. Goodwill is used for attracting the customers. It attracts more customers and therefore, increases profits in future. It is an intangible real asset and not a fictitious asset. Goodwill is a valuable asset if the concern is profitable. On the other hand, it is, valueless if the concern is in loss. Goodwill is to be verified and valued in the following manner.

·           Ascertain that the company is justified in creating goodwill in its books of account.

·           Where goodwill is generated in own business, the auditor's should verify the particulars of expenses debited to Goodwill account.

·           Auditor should confirm himself that goodwill has not been shown in excess of its cost price.

·           Examine that the sum paid for goodwill does not exceed the difference between the total purchase consideration and the value of net tangible assets acquired.

·           He should see that it is valued as per method stated in partnership deed, purchase or agreement.

·     Goodwill may appear in the Balance Sheet at cost less amounts written off.

·     The amortization period and method of amortization should be reviewed at the end of each financial year.

·     An intangible asset should be eliminated in the books of accounts when no future economic benefits are expected from its use.

According to the Patent Act 1970, “A patent is an official document that guarantees to the inventor an exclusive right for a term of years to make, use or sell his invention”.

While verfication and valuation patent right the auditor must bear in his mind the following important points.

The auditor should examine the actual certificates issued by the patent office in respect of patents granted.

·     The auditor should ensure that patents are registered in the name of the client.

·     Obtain a list showing the description of each patent, registered number, date, patented item, renewal date and number of years to run etc., concerning each patent.

·     Where patents have been purchased from an individual, auditor should inspect the agreement for the purchase and note the age of various patents.

·     Auditor should carefully verify that none of the patent rights have lapsed. Care should be taken the lapsed patent are written off.

·           The original fees paid to purchase the patent right should be capitalised and should be debited to patent account while the subsequent renewal fee should be treated as a revenue expenditure.

Patents must be valued at cost less depreciation. There may be three causes of depreciation, viz: (a) lapse of time, (b) obsolescence, and (c) the patented article going out of fashion.

At time a patent might become valueless due to obsolescence or failure to create a demand of the patented article. In such cases the auditor should see that its value is written off before the expiry of the period covered by the patent.

Copyright refers to the exclusive right to produce or re-produce or authorise for doing certain acts specified in the Copyright Act, 1957 in respect of some kind of literary, dramatic, musical, computer programme, cinematograph film, sound recording or artistic works. It is the legal right given to an author, which prohibits the publication of the work by other persons. The effects of such copyright is that the author or the publisher gets an exclusive right to publish or reproduce the work for a certain number of years or even it may be for the life time of the author or the publisher as the case may be. The verification of this item will be on the lines similar to those described under patents.

The auditor should also inspect the original agreement between the author and the publisher. Where there is purchase of copyright, verification of price paid should be from written agreement.

·      Copyright must be revalued at the date of the Balance Sheet.

·     Copyright that has become obsolete should not be valued and shown in the Balance Sheet. Hence, it is clear that copyright is to be valued only based on profit earning capacity.

·     Auditor should ensure that copyrights, which have expired, are written off.

·     In the Balance Sheet, generally copyrights must be shown at cost less amounts written off from time to time.

A registered and legalised brand name or brand mark is what is known as Trade Mark. It provides a better protection for goods and services and for the prevention of use of fraudulent marks. A trademark is a distinctive mark attached to goods offered for sale in the market, to distinguish the same from similar goods and to identify them with a particular trader, or with his successor as owner of the particular business. 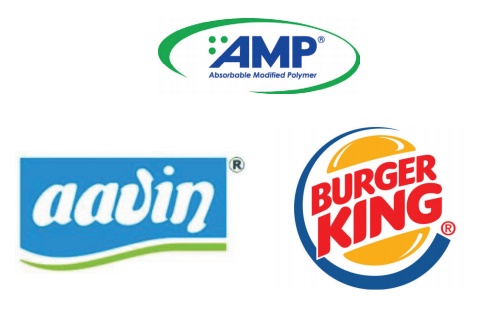 ·     Examine the certificates of registration issued by the Registrar.

·           Examine the last renewal fee receipt to ensure that the trademark has not been allowed to lapse. Verify that renewal fee has been charged to revenue expenditure.

·           Trademarks can be acquired like copyrights. The auditor should vouch the expenditure incurred in connection with their acquisition like registration fees, payments made to designer and artist, expenditure on account of salaries and overheads, attributable to the time spent in developing designs of trademark should be capitalised for arriving exact value of trademarks.

·     If the trademark has been acquired by assignment, vouch the amount paid for that with the assignment should be capitalised.

·           To judge the accurate value of trademarks, the auditor should carefully note that proper distinction is made between capital and revenue expenditure. The incorrect allocation, which means the items of revenue expenditure are shown as capital expenditure or vice – versa, would falsify and distort the financial statements.