a) Based on the number of periods:

Installments of payment for a plot of land, Bank security deposits, purchase of domestic durables are examples of certain annuity. Here the buyer knows the specified dates on which installments are to be made.

(ii) Annuity contingent: An annuity payable at regular interval of time till the happening of a specific event or the date of which cannot be accurately foretold is called annuity contingent.

For example the endowment funds of trust, where the interest earned is used for welfare activities only. The principal remains the same and activity continues forever.

All the above types of annuities are based on the number of their periods. An annuity can also be classified on the basis of mode of payment as under.

b) Based on the mode of payment :

(i) Ordinary annuity: An annuity in which payments of installments are made at the end of each period is called ordinary annuity (or immediate annuity)

ii) Annuity due: An annuity in which payments of installments are made in the beginning of each period is called annuity due. 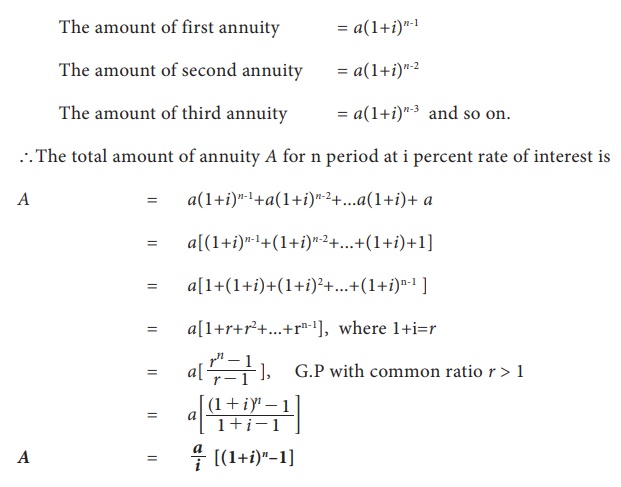 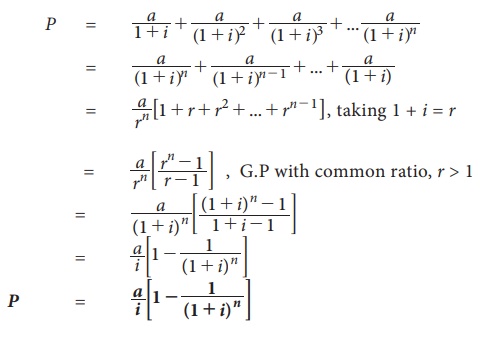 (iii) Amount of annuity due at the end of n period 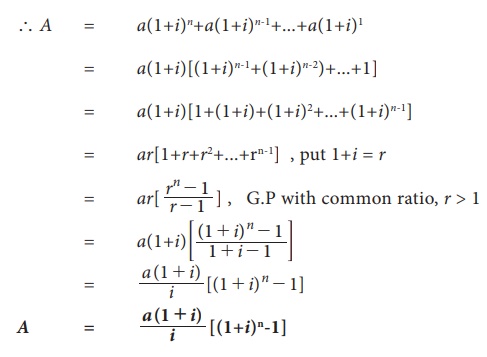 (iv) Present value of annuity due

If P denotes the present value of annuity due, then 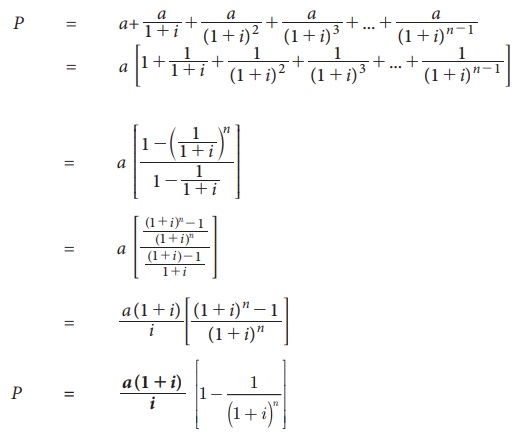 Perpetual annuity is an annuity whose payment continuous for ever. As such the amount of perpetuity is undefined as the amount increases without any limit as time passes on. We know that the present value P of immediate annuity is given by

Now as per the definition of perpetual annuity as n → ∞, we know that

In all the above formulae the period is of one year. Now if the payment is made more than once in a year then ‘i’ is replaced by i/k and n is replaced by nk, where k is the number of payments in a year.