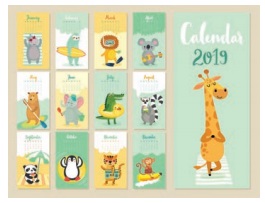 ii. March is the 3rd month of the year.

iv. May comes between April and June.

2. Write the day that comes between the given days. 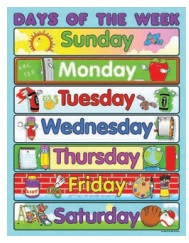 3. Fill in the birthday chart and arrange the birthdays in order of celebration this year. (write only the date and month for example, 2nd October)

i. Write the names of all the months having 30 days?

ii. Write the names of all the months having 31 days?

iii. The month which comes after April is May.

iv. The last month of a year is December.