Some Important Basic changes made in the new Companies Act 2013 are as follows:

The New 2013 Companies Act got the ascent of President on 29th August, 2013 but it was passed in the Lok sabha on 18th December, 2012 and in Rajya Sabha on 8th August, 2013. The Act 2013 consists of 29 Chapters 470 Sections and 7 Schedules as against 13 chapters 658 Sections and 15 Schedules in 1956 Act. Separate Chapters for Registered Valuers, Government Companies, Furnish information or Statistics, Nidhis, National Company Law Tribunal & Appellate Tribunal and Special Courts are introduced in Companies Act 2013.

Some Important Basic changes made in the new Companies Act 2013 are as follows: 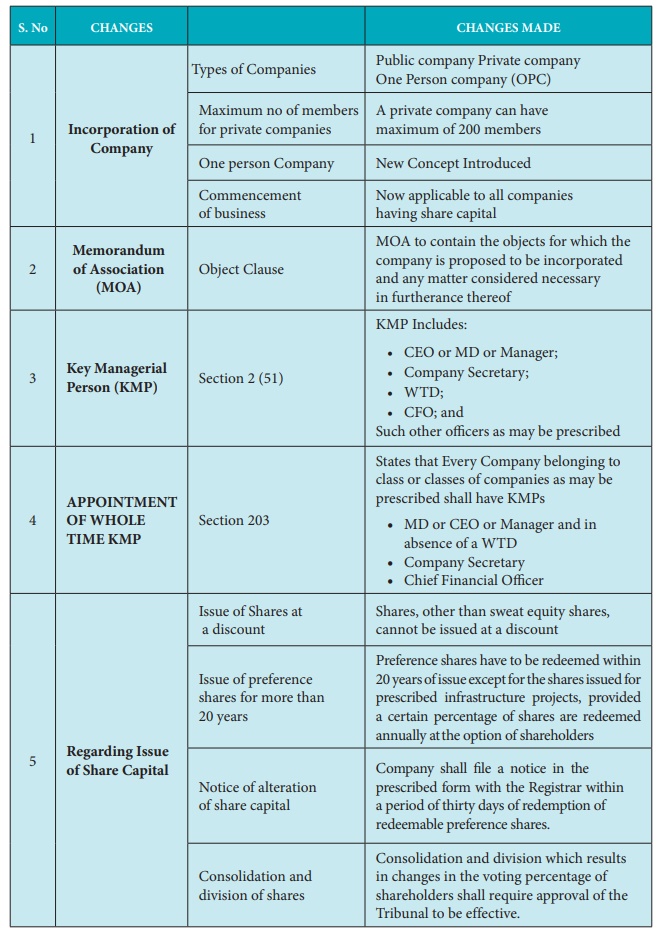