This piece, set during World War I, highlights the beauty of unlikely friendships and fellowship. It is a British soldier’s letter to his sister on how all enmity was forgotten as British and German soldiers celebrated Christmas together.

This piece, set during World War I, highlights the beauty of unlikely friendships and fellowship. It is a British soldier’s letter to his sister on how all enmity was forgotten as British and German soldiers celebrated Christmas together. 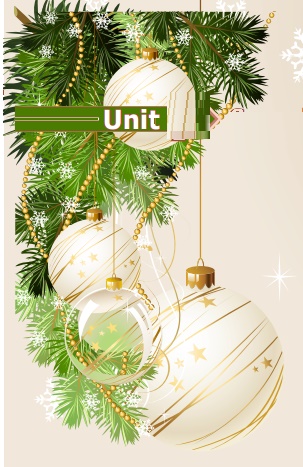 It is 2:00 in the morning and most of our men are asleep in their dugouts – yet I could not sleep before writing to you about what happened here on Christmas Eve. In truth, what happened seems almost like a fairy tale, and if I had not been through it myself, I would scarce believe it. While you and the family sang carols before the fire there in London, I did the same with enemy soldiers here on the battlefields of France!

As I wrote before, there has been little serious fighting of late. The first battles of the war left so many dead that both sides have held back until replacements could come from home. So, we have mostly stayed in our trenches and waited.

But what a terrible waiting it has been!Knowing that any moment an artillery shell might land and explode beside us in the trench, killing or maiming several men.And in daylight not daring to lift our heads above ground, for fear of a sniper’s bullet.

And the rain – it has fallen almost daily. Of course, it collects right in our trenches, where we must bail it out with pots and pans. And with the rain has come mud – a good foot or deeper. It splatters and cakes everything, and constantly sucks at our boots. One new recruit got his feet stuck in it, and then his hands too when he tried to get out.

Through all this, we could not help feeling curious about the German soldiers across the way. After all, they faced the same dangers we did and slogged about in the same muck. What’s more, their first trench was only fifty yards from ours. Between us lay No Man’s Land, bordered on both sides by barbed wire - yet they were close enough we sometimes heard their voices.

Of course, we hated them when they killed our friends. But other times, we joked about them and almost felt we had something in common. And now it seems they felt the same.

Just yesterday morning - Christmas Eve Day - we had our first good freeze. Cold as we were, we welcomed it, because at least the mud froze solid. Everything was tinged white with frost while a bright sun shone over everything. Perfect Christmas weather!

During the day, there was little shelling or rifle fire from either side. And as darkness fell on our Christmas Eve, the shooting stopped entirely. Our first complete silence in months! We hoped it might promise a peaceful holiday, but didn’t count on it. We’d been told the Germans might attack and try to catch us off guard. 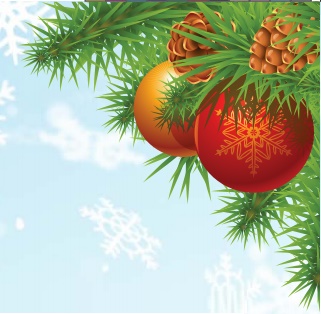 I went to the dugout to rest, and lying on my cot, I must have drifted asleep. All at once my friend John was shaking me awake, saying, “Come and see! See what the Germans are doing!” I grabbed my rifle, stumbled out into the trench, and stuck my head cautiously above the sandbags.

I never hope to see a stranger and more lovely sight. Clusters of tiny lights were shining all along the German line, left and right as far as the eye could see.

“What is it?” I asked in bewilderment, and John answered, “Christmas trees!”

And so it was. The Germans had placed Christmas trees in front of their trenches, lit by candle or lantern, like beacons of goodwill.

And then we heard them singing.

This carol may not yet be familiar to us in Britain, but John knew it and translated: “Silent Night, Holy Night.” I’ve never heard one lovelier – or more meaningful, in that quiet, clear night, its darkness softened by a first – quarter moon.

When the song finished, the men in our trenches applauded. Yes, British soldiers applauded Germans! Then one of our own men started singing, and we all joined in.

The first Nowell, the angel did say …

In truth, we sounded not nearly as good as the Germans, with their fine harmonies. But they responded with enthusiastic applause of their own and then began another.

But this time they joined in, singing the words in Latin.

Britain and Germany harmonizing across No Man’s Land! I would have thought nothing could be more amazing – but what came next was even more so.

“English, come over!” we heard one of them shout. “You no shoot, we no shoot.”

There in the trenches, we looked at each other in bewilderment. Then one of us shouted jokingly, “You come over here.”

To our astonishment, we saw two figures rise from a trench, climb over their barbed wire, and advance unprotected across No Man’s Land. One of them called, “Send officer to talk.”

I saw one of our men lift his rifle to the ready, and no doubt others did the same - but our captain called out, “Hold your fire.” Then he climbed out and went to meet the Germans halfway.

We heard them talking, and a few minutes later, the captain came back and announced, “We’ve agreed that there will be no shooting before midnight tomorrow. But sentries are to remain on duty, and the rest of you, stay alert.”

Across the way, we could make out groups of two or three men starting out of trenches and coming towards us. Then some of us climbed out too, and in minutes, there we were in No Man’s Land – over a hundred soldiers and officers of each side, shaking hands with men we’d been trying to kill just hours earlier!

Before long, a bonfire was built and around it we mingled – British khaki and German grey.

I must say, the Germans were the better dressed, with fresh uniforms for the holiday.

Only a couple of our men knew German, but more of the Germans knew English. I asked one of them why that was so.

“Because many have worked in England!” he said. “Before all this, I was a waiter at the Hotel Cecil. Perhaps I waited on your table!”

“Perhaps you did!” I said, laughing.

Another German had been a porter at Victoria Station. He showed me a picture of his family back in Munich. It was so lovely, I told him I would like to meet his family members someday. He happily gave me his family’s address.

Even those who could not converse could still exchange gifts – our tea for their coffee, our corned meat for their sausage. Badges and buttons from uniforms changed owners, and one of our boys walked off with a spiked helmet! I myself traded a jack knife for a leather equipment belt – a fine souvenir to show when I get home.

As it grew late, a few more songs were traded around the fire, and then all joined in for – I am not lying to you – “Auld Lang Syne.” Then we parted with promises to meet again tomorrow, and there was even some talk of a football match.

I was just starting back to the trenches when an older German soldier clutched my arm. “My God,” he said, “why cannot we have peace and all go home?”

I told him gently, “That you must ask your emperor.”

He looked at me searchingly and said, “Perhaps, my friend. But we must also ask our hearts.” And so, dear sister, tell me, has there ever been such a Christmas Eve in all history? What does it all mean, this impossible befriending of enemies?

For the fighting here, of course, it means regrettably little. Decent fellows those soldiers may be, but they follow orders and we do the same. Besides, we are here to stop their army and send it home, and never could we shirk that duty.

Still, one cannot help but imagine what would happen if the spirit shown here were caught by the nations of the world. Disputes may arise but what if our leaders were to offer good wishes in place of warnings; songs in place of insults; gifts in place of reprisals? Would not all wars end at once?

All nations say they want peace. Yet on this Christmas morning, I wonder if we want it quite enough. 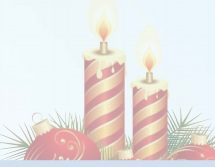 Aaron Shepard (October 7, 1950) is the award-winning author of Savitri: A Tale of Ancient India, The Legend of Lightning Larry, The Sea King’s Daughter, and many more children’s books. Aaron’s specialty is retelling folktales and other traditional literature from around the world. His work has been honoured by the American Library Association, the National Council for the Social Studies, the American Folklore Society, the New York Public Library, and the Bank Street College of Education. 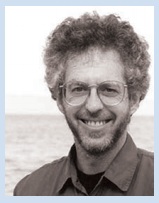