Structure of the Earth

The outer surface and inner core of the Earth are totally different in their nature and structure.

Structure of the Earth

The outer surface and inner core of the Earth are totally different in their nature and structure. The structure of the Earth’s interior is divided into three layers namely the crust, the mantle and the core. 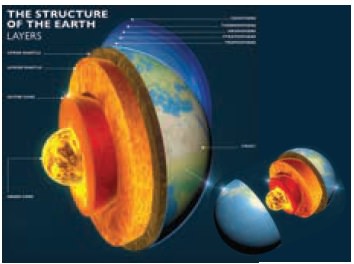 Crust is the outer layer of the Earth, where we live. It is the skin of our Earth, which ranges between 5 to 30 km. It is the solid and rigid layer of the Earth. The thickness of the crust is greater below the continents than the ocean floor. The crust is classified as continental crust and oceanic crust. The major elements of crust are Silica (Si) and Aluminium (Al) and thus, it is termed as SIAL. 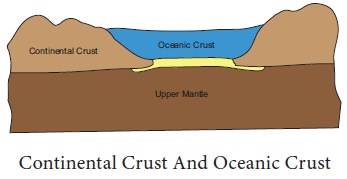 The core is the innermost and hottest layer of the Earth which lies below the mantle. It is composed mainly of Nickel (Ni) and Iron (Fe). Hence it is called NIFE. The core is divided into Solid inner core and Liquid outer core. The presence of large quantities of iron in the core is responsible for the Earth’s gravitational force. As the Earth rotates on its axis, the liquid outer core spins over the solid inner core and generates the Earth’s magnetic field. This is responsible for the functioning of the magnetic compass. Due to high pressure, the materials in the inner core are unable to move and hence remain solid. 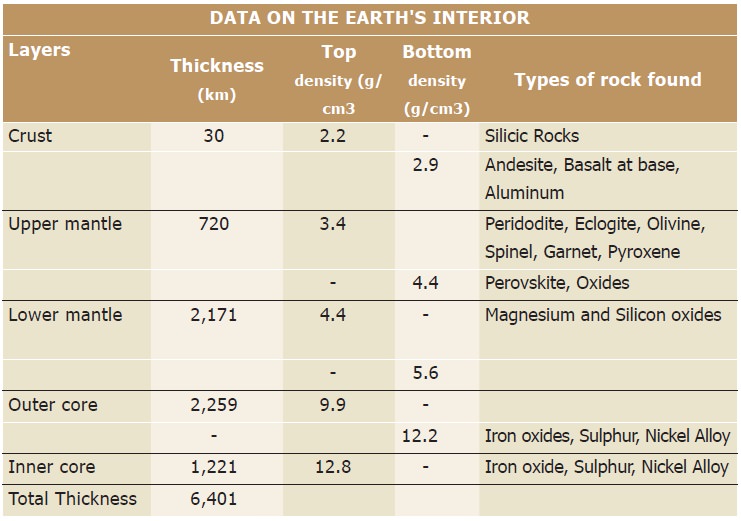