Story: Anbu and the Fish

Anbu was very talented in catching fish. He always went to catch fish with Madhan.

ANBU AND THE FISH 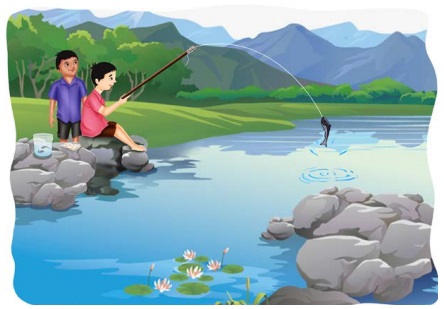 Anbu was very talented in catching fish. He always went to catch fish with Madhan. They usually used dhoti as a net to catch the fish. Anbu also made fishing rods using sticks and thorns at home.

Then, they shared the fish equally. Unlike their friends, Anbu and Madhan, were always careful while fishing. They never went deep into the pond or river. Every Sunday they would go in search of earthworms to use them as bait. They enjoyed searching for earthworms. Once, the bait was ready they would go fishing. 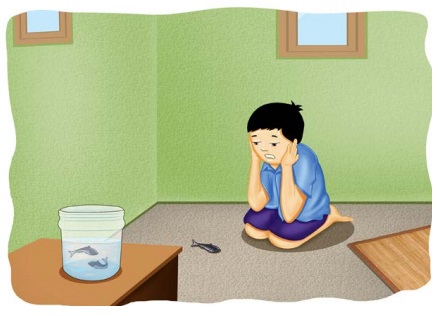 On one Sunday, Anbu was not happy. They were able to catch only three fish. The fish were very small to cook. Madhan told him to grow the fish at home. Anbu filled the jar with water and let the three fish into it. The fish exerted and swam in different directions. Anbu thought the fish was hungry and dropped earthworms into the jar. But to his surprise, the fish did not eat. He saw their eyes and could feel their fear. 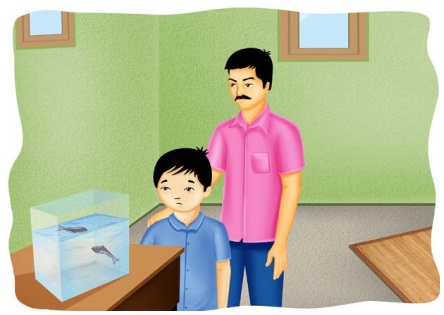 Next morning, he went straight to the fish jar from his bed. He saw only two fish in the jar. He searched for the fish everywhere. Then, he saw one fish on the floor. Anbu was very sad and his father consoled him. In the evening, his father got a new fish tank. Anbu changed the fish to the new tank.

The next day, Anbu rushed back from school to the tank. He saw that one more fish was dead and floating on the top. He started crying. His father said, “These fish live in the river and lake. Nature is their home. It is best to let them be free.” He saw the last fish swimming alone, and he felt bad. He took the fish to the same pond and set it free. 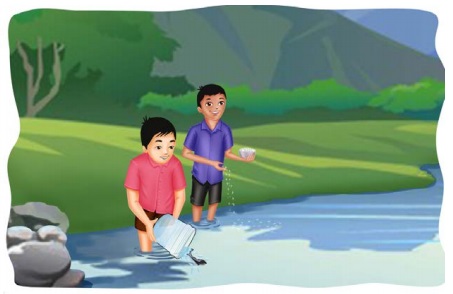 From then on, Anbu and Madhan bought a packet of puffed rice and fed the fish. Feeding fish was their new hobby.

Think: Discuss whether Anbu and Madhan will go fishing when the water overflows in a river or a lake.