In India, spices are the soul of food. When we think of spices, we think of tasty and healthy food. Many of the spices in our food are added to balance nutrition and to keep us healthy.

In India, spices are the soul of food. When we think of spices, we think of tasty and healthy food. Many of the spices in our food are added to balance nutrition and to keep us healthy. They add flavour and nutrients to dishes without fat or calories. Spices like cumin, mustard, pepper, cloves, fennel, cinnamon and turmeric are very important in Indian food. 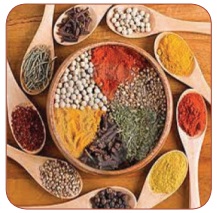 When it comes to Indian food, the first thing that comes to many people’s minds is probably ‘Spicy curry’. People say curry comes from the Tamil word 'kari'. In Tamil, kari means sauce. It is something that is cooked with a roasted or powdered mixture of spices, condiments and herbs. This mixture of spices can be different in different places. It can be mild or it can be spicy and pungent. Flowers, leaves, roots, bark, seeds and bulbs, are combined in many different ways to produce a great variety of flavours: sweet, sharp, hot, sour, spicy, aromatic, tart, mild, fragrant or pungent. When cooked with rice, meat, fish, or vegetables, the spices give the dish a special, savoury taste. It makes us want to eat more.

But apart from delicious food, spices also bring to mind adventure. Many of the most exciting voyages of modern history were made to conquer the spice trade and the race to become its master. The colonization of the Americas and Asia had its roots in the spice trade. In 1492 Columbus went West to find India and pepper but ran into America and the chilli. Vasco da Gama, six years later, went around Africa to reach Kozhikode, the home of pepper. These voyages ended the very profitable trade that the Arabs and Romans had built up over the centuries. They set the stage for a new world. 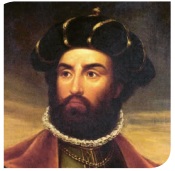 How do you think the expansion of the spice trade set the stage for a new world?

Spices were always an important part of India’s trade. Spices were traded with Mesopotamia, China, Sumeria, Egypt and Arabia, along with perfumes and textiles as far back as 7000 years ago much before the Greek and Roman civilisations. Indian epics and in writings dating back to the Roman Empire in the 1stcentury CE talk about the cloves. Thousands of years ago the great masters of Ayurveda had listed the use of spices for cooking and in medicines. 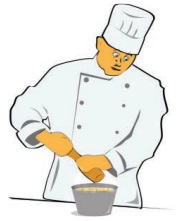 While these spices are readily available today, there was a time when people risked their lives to get Indian spices. During the Middle Ages, a pound of ginger was worth the price of a sheep. A pound of mace was equal to the price of three sheep or half the price of a cow. Pepper was the crown jewel of all spices.

What are those spices that the world wanted so badly?

Cardamom, cloves, ginger, mace and nutmeg were some of the other spices that left Indian shores to flavour the world’s kitchen.

Using spices in cooking has a long history. It may go back as far as 52,000 years ago. Though we cannot know for sure how men came to use spices, it is quite possible that it was by chance. However, spices have played a vital role in our food now for a long time. In earlier centuries, spices were not easily available and were very expensive. Thus, spice traders became rich. Pepper and cinnamon no longer cost a fortune. However, while they seem to have lost their glory and value, they will never lose their place in a kitchen. Especially an Indian one!

Black pepper also known as ‘Black gold’ was the most prized spice traded from the Kerala coast. Indians have been using black pepper for a very long time. Farmers began growing it in around 5000 years ago. And exported it to North and West Asia. The trade soon spread to Greece, Rome, Europe, and China, and also became popular in the Islamic empire. Recipes from rich Roman households show the value of the spice in ancient Rome. The Romans sent 120 ships a year from Egypt to trade with India and bring back enormous quantities of pepper. 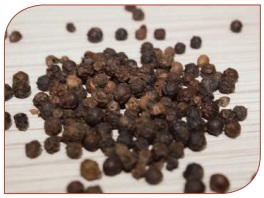 Indians have been using cinnamon for a long, long time. The Chinese wrote about it in 2700 BCE. Cinnamon not only adds great flavour to food, it also helps to preserve it.

People from other parts of the world appreciated the fragrance and taste of cinnamon. They wanted it too, and were willing to pay a good price for it. The Greeks, Romans, and Egyptians bought cinnamon from India. In the Middle Ages, the Venetians grew rich by taxing the cinnamon that was brought from India to Europe and the Meditteranean.

One of the earliest plants that Indians grew was sugarcane. It is valuable both for providing energy and for its great taste. 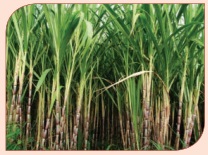