We Know that Like poles of the magnet repel each other. Keep two Bar magnets as shown in the Figure.

By using repulsion we can levitate a magnetic object. Let us make a toy and enjoy magnetic levitation. 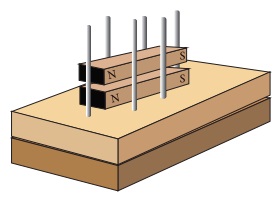 Have you enjoyed with this toy? Electromagnetic train is working in the same principle. Have you heard about it? 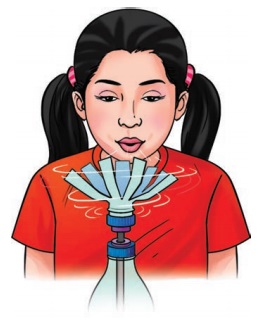 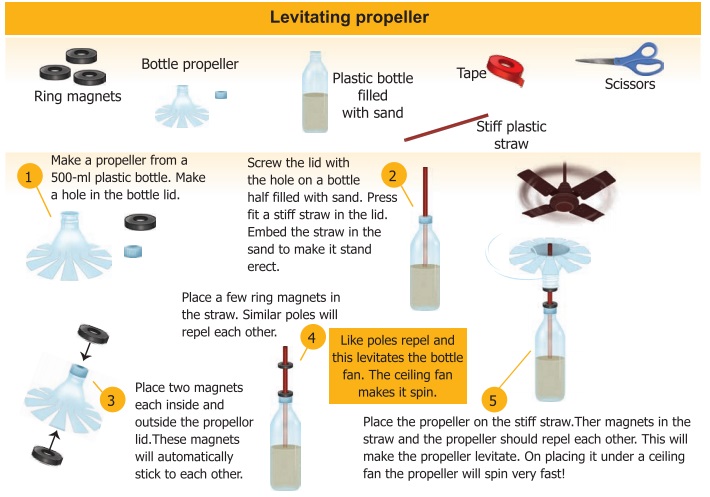 How does the electromagnetic train work?

We Know that we can move any magnetic object with the force of attraction or repulsion properties of magnets. This train also moves with the help of the magnets attached on the sides of track and the magnets fitted at the bottom sideway of the train. By controlling the current we can control the magnets and movement of the train.

As there are no moving parts, there is no friction. So, the train can easily attain a speed of 300 km per hour. These trains are capable of running up to 600 km/ hour. They do not make any noise. They require less energy and they are eco-friendly.

Even though, many countries have taken effort to use these trains, such trains are used for public transport only in China, Japan and South Korea. In India the possibilities of introducing these trains are under consideration. 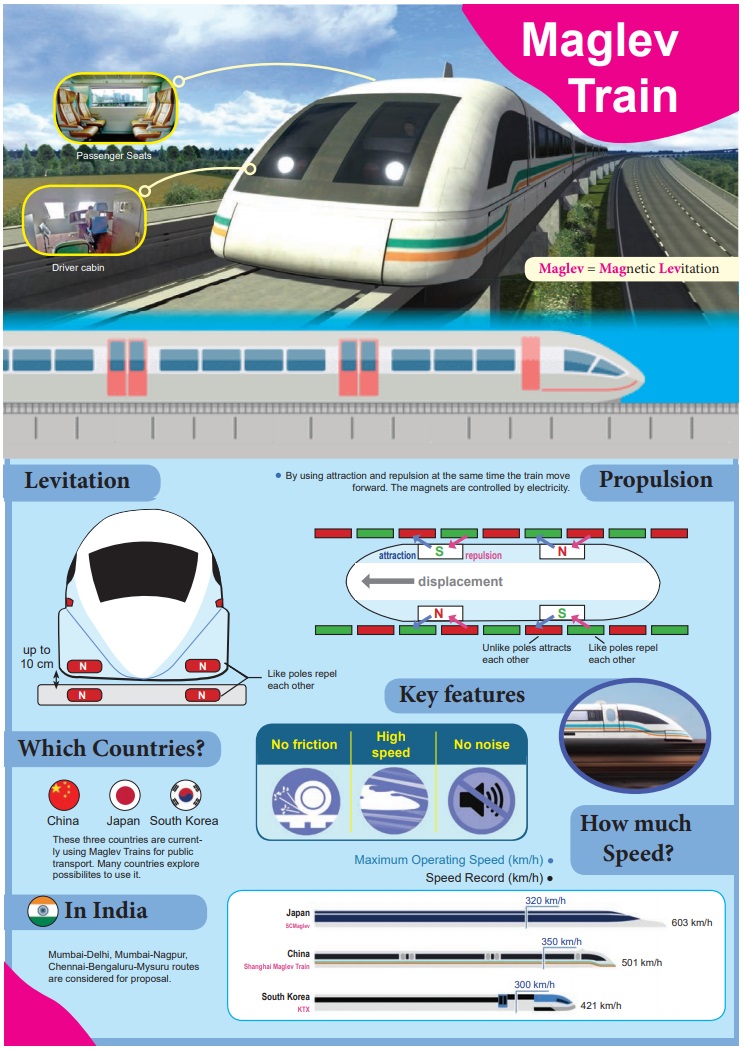 Write the differences between a normal train and an electromagnetic train.

3. Makes a lot of noise due to the presence of moving parts.

5. Leaves out fumes that spoil the eco-system.

1. Runs above the rails without touching them.

2. Uses the attractive and repulsive forces of magnets.

3. Runs without noise as it has no moving parts.