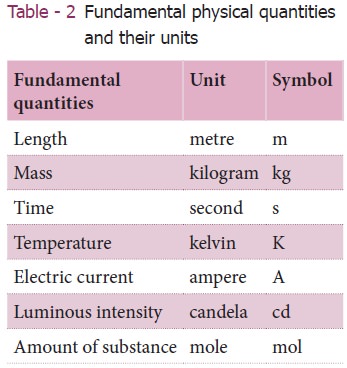 With the help of these seven fundamental units, units for other derived quantities are obtained and their units are given below in Table-3. 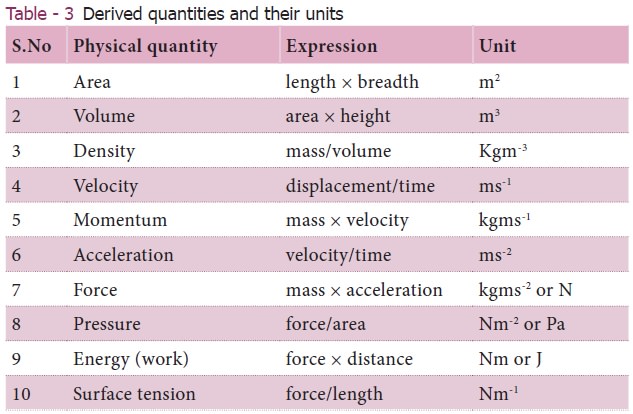