Keeraikuppam was a small coastal village near Nagapatinam. Even though the people in the village toiled in the seas every day, they lived happily.

Keeraikuppam was a small coastal village near Nagapatinam. Even though the people in the village toiled in the seas every day, they lived happily. It was a pleasant Sunday morning in December. Just like any other day, the villagers had started their routine. A few of them had already left to the sea, and the others were preparing to go to sea. Meena‛s family was also at the shore to see off her father going to the sea. After the men sailed into the sea, the women would return to other tasks that need their attention. The children would play under the many coconut trees in the village. 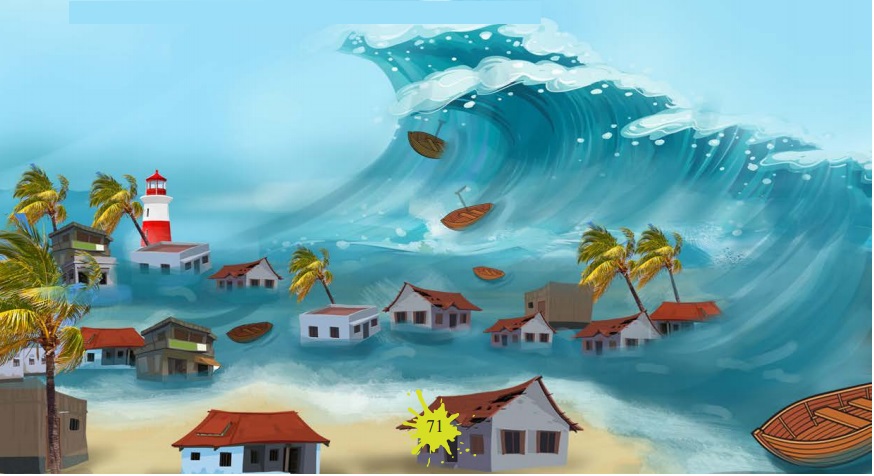 The village bell was about to strike eight times. The bell caretaker was ready to ring the bell. Just then, he saw that the sea water had receded a few hundred metres. Soon, many in the village noticed the same. All the children and the villagers started running towards the sea. Meena and her mother were also with them. The seawater continued to recede. All had gathered along the shore to see it. The bell hit eight times. People now saw a wave far away in the sea. Excitedly, they pointed to the wave that was raising high in the sea. It was common for people to be excited by big waves in Keeraikuppam. Everyone was getting ready to brace the big wave that was coming towards them. Little did they know that the wave was increasing in height and would seem to touch the sky as it neared them. It was now getting closer to the shore with a roar.

Gazing at the wave far away, Meena‛s mother felt a sudden fear gripping her. She felt that something was wrong. She caught Meena by her hand and started running towards their home. The wave came closer to the shore had crushed the fishing boats. Before they reached their home, the powerful wave had hit the village. Meena and her mother could hear their friends and family screaming all around them. The seawater entered the village and washed out the huts and boats. The water hit their hut too. Meena and her mother were separated and thrown off. Then, slowly, the water receded again into the sea. Meena‛s mother gathered herself and searched for Meena. It was then that the second massive wave hit the village. Meena‛s mother was washed away by the wave. Meena, whirled through the water, struggling to breathe. One moment she was inside the water, and all was dark around her. In the next, she could see the sky. The wave banged her to the trunk of a coconut tree. She wrestled the wave and firmly hugged the tree. Soon, she fainted. 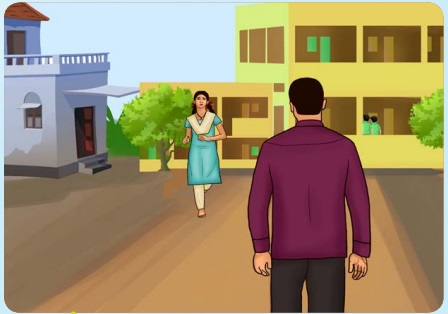 When she woke up, she was in the hospital. After she recovered, they transferred her to a rehabilitation centre. The centre housed nearly 99 boys and girls. A kind-hearted official of the centre was always very kind to the children. He often used to visit them with his family. Meena was the youngest of all and soon was loved by all. The incharge and his wife often carried Meena while they played with other children. All children used to call them Amma and Appa. After three years the official was transferred. He and his family continued to visit the centre once a year for the next five years.

Meena now opened her eyes. Her cheeks were moist. All this seemed like it happened yesterday. The school bell rang and, Meena wiped her cheeks to get ready for her English class. Meena was good at studies and now was in the twelfth standard. The teacher was teaching, and Meena was writing her notes. She then heard a familiar voice calling her, “Meenu”. She raised her head to see. She was surprised to see her father, the official standing at the entrance. He was smiling at her. She stared at him blankly for a few seconds, with tears rolling down her cheeks. She jumped out of her bench and dashed towards him, calling “Appa!”.

receded: go or move back

whirled: to move rapidly round and round

banged: to strike forcefully and noisily

rehabilitation: the action of restoring someone after a damage