Observe and complete the patterns in numbers. 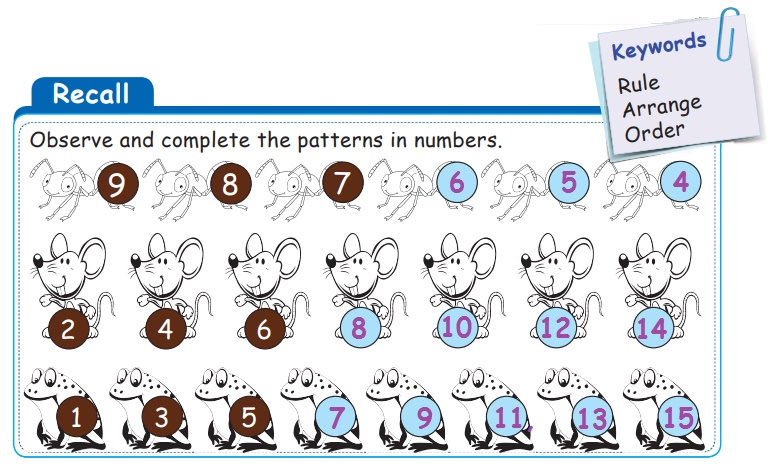 * Two students can do the activity.

* Make a number board with numbers from 1 to 37 as shown in the picture.

* The first player throws a dice and a number appears on the face of the dice say 2. 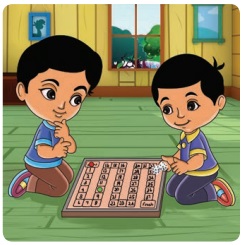 * Now, the second player gets the chance to throw the dice. When the number 2 appears again the player tells all the number positions jumped orally. If he gets a number 3, then the first player moves a coin by skip counting in threes.

* The second player record each of the number positions jumped. The above procedure is continued till the players are familiarised with the number patterns starting from 2, 3, 4, 5 and 6.

Find the rule and complete the patterns. 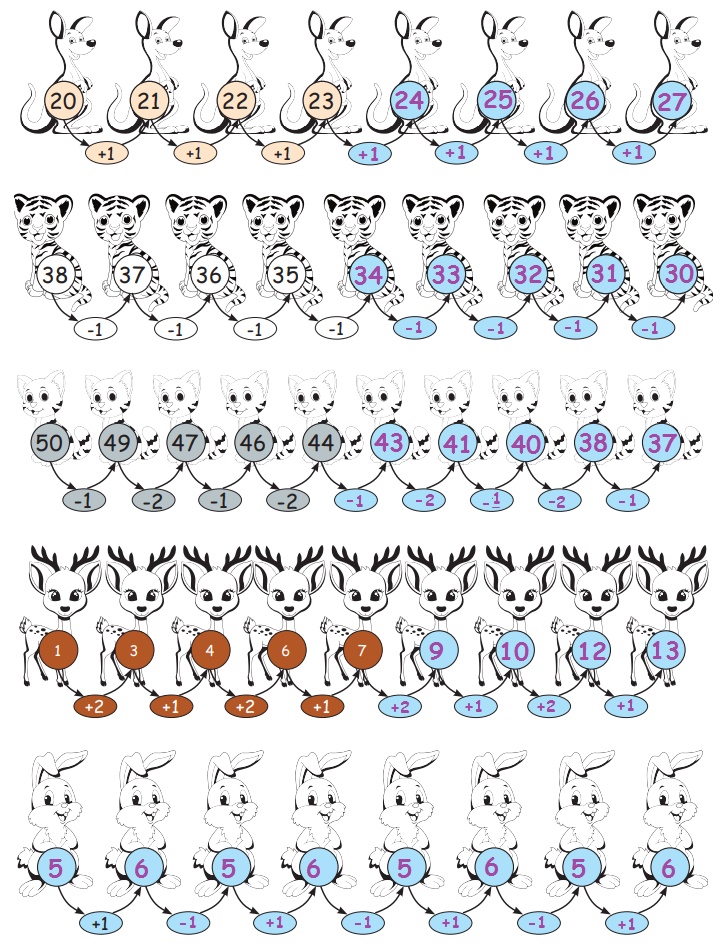 Count and write the number of ice sticks and complete the patterns using the rules. 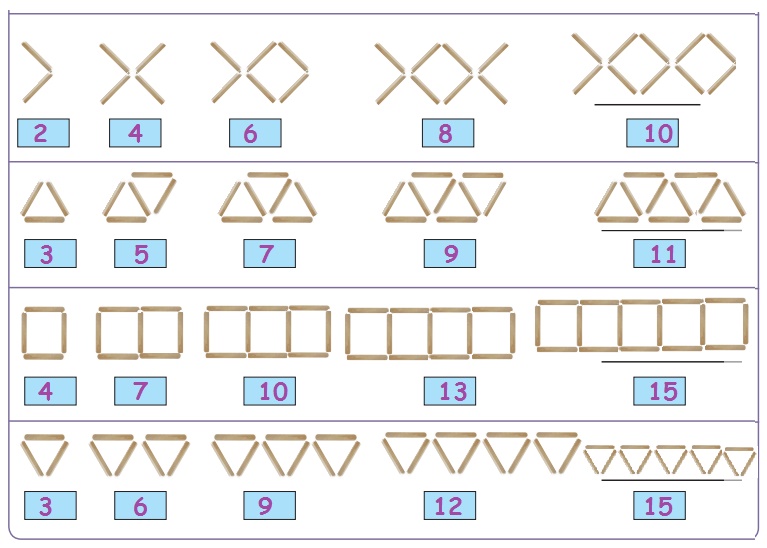 Find the rule and write them in each of the pattern given below. 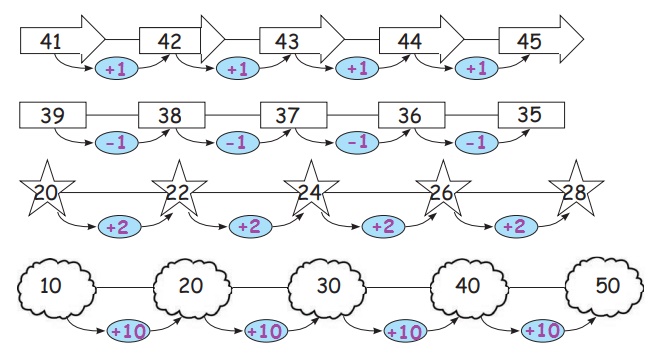 1) Write the number patterns for the given instructions.

ii) The pattern begins with 39. The next number is 3 less than the previous number.

iii) The middle number in the pattern is 45. The number previous to it is 40.

2) Draw sticks to continue the pattern.

Draw the missing black keys in a pattern.