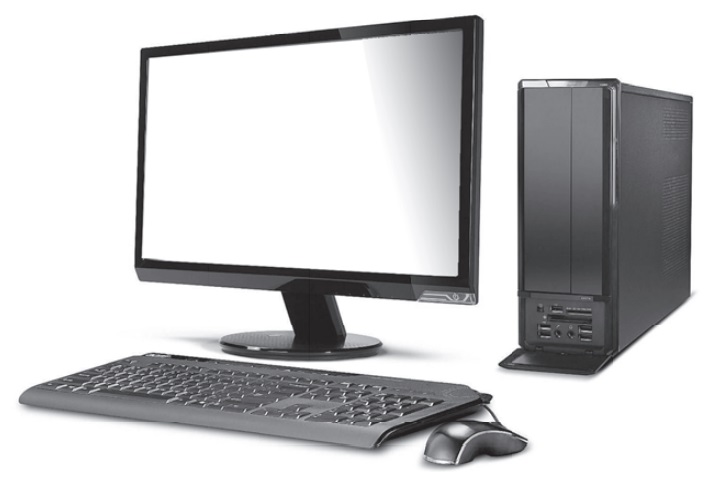 * To know the Input unit, CPU and the Output unit.

* To understand the memory unit.

* To differentiate the input and output devices.

* To link the connections in Computer.

Is it easy to connect our sprawling planet to a point? If it is easy, then how would it be possible? The answer to these questions in today's world is the Computer. In this Modern World computer eases the effort and speeds up the processes to a great extent. Now-a-days the usage of computer plays an important part in every walk of life. So, it is apt time to learn about computers. To start, it is necessary to note that there are three key units in the computer. Understanding of this three units will make us to operate a computer in ease. In this section, let us learn what are the three units? What are the functions of each of these units.

Mouse is an essential part of the computer. Mouse has two buttons and a scroll ball in the middle. 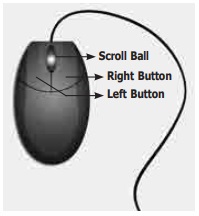 CPU is the brain of the Computer. The data is processed in the CPU. The CPU has namely three parts.

The control unit controls the functions of all parts of the computer.

The memory unit in the computer saves all data and information temporarily. We can classify memory unit into two types namely primary and secondary memory. Memory can be expanded externally with the help of Compact Disk (CD), Pendrive, etc.

The output unit converts, command received by the computer in the form of binary signals into easily understandable characters. Monitor, Printer, Speaker, scanner are some of the output devices.

Of the various output devices, monitor is the important output device because it is link to the computer. Monitor screen looks like TV screen. The input data in the form of Alphabets, Numbers, Pictures or Cartoons and Videos it will be displayed on a monitor. There are two types of monitor namely,

Now a days computer system has TFT monitor as they occupy less space and emit less heat than CRT monitors.