The equations of two or more lines can be expressed together by an equation of degree higher than one.

1. Pair of Lines Passing through the Origin

We first consider a simple case. Both the lines in this pair pass through the origin. Thus, their equations can be written as

The above equation suggests that the general equation of a pair of straight lines passing through the origin with slopes m1 and m2, ax2 + 2hxy + by2 = 0 is a homogenous equation of degree two, implying that the degree of each term is 2. 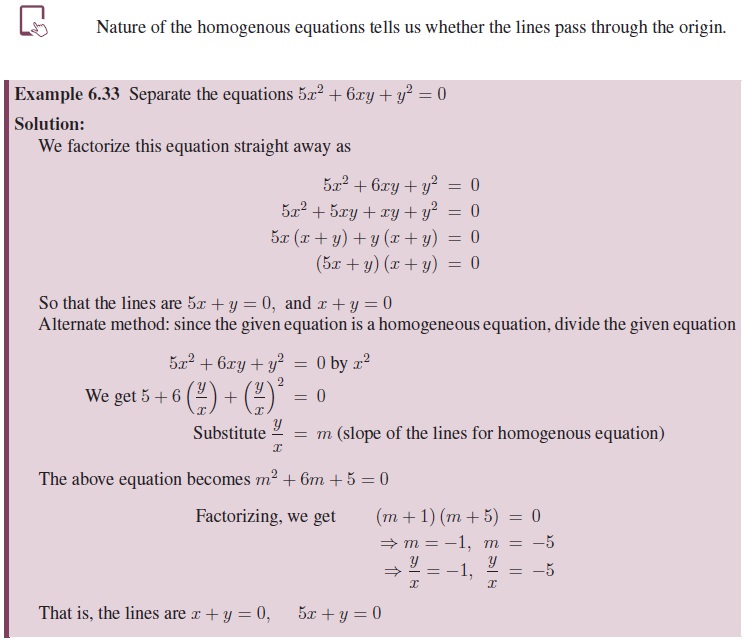 2. Angle between Pair of Straight Lines 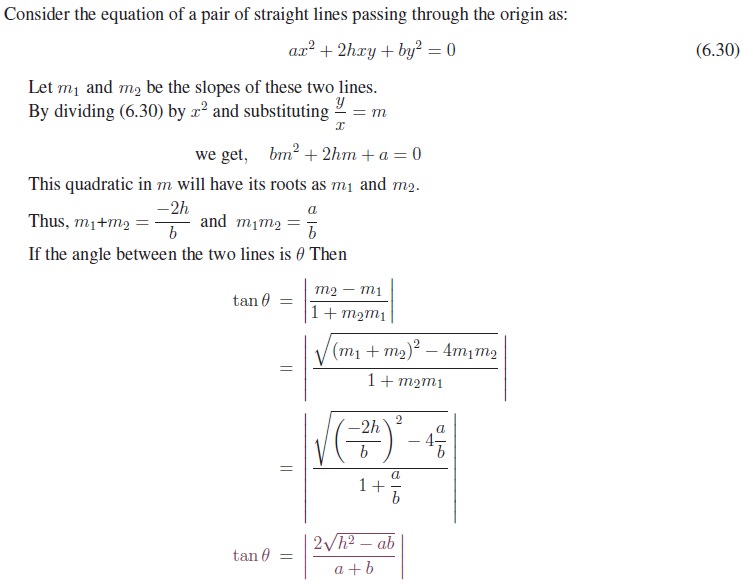 As a consequence of this formula, we can conclude that 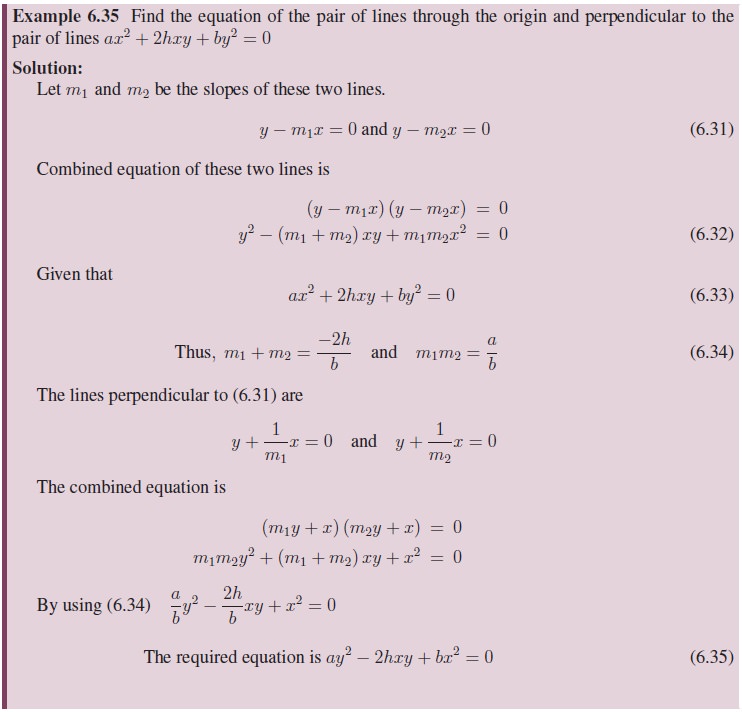 3. Equation of the bisectors of the angle between the lines

We know that the equation of bisectors is the locus of points from which the perpendicular drawn to the two straight lines are equal.

Let P (p, q) be any point on the locus of bisectors. 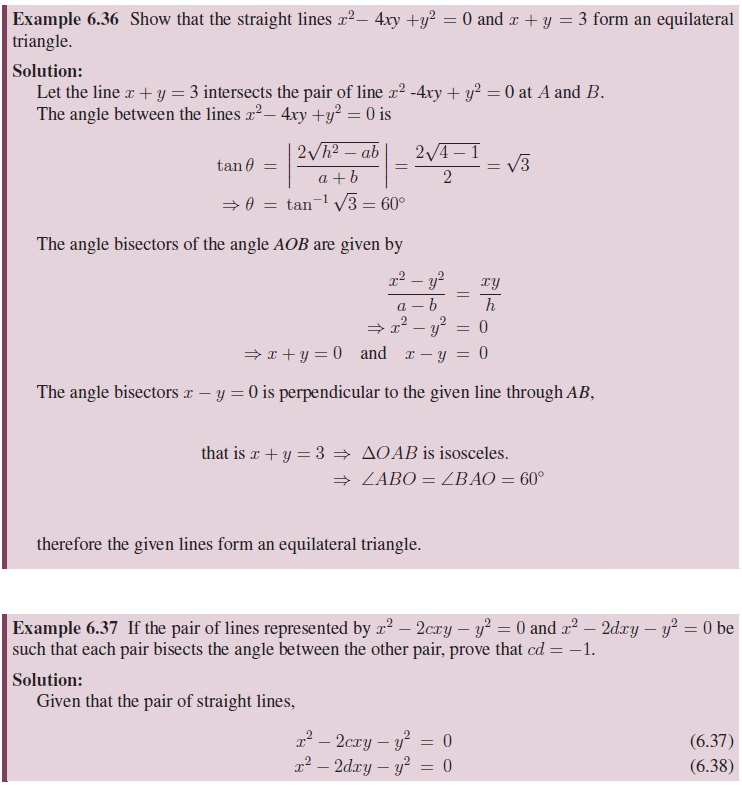 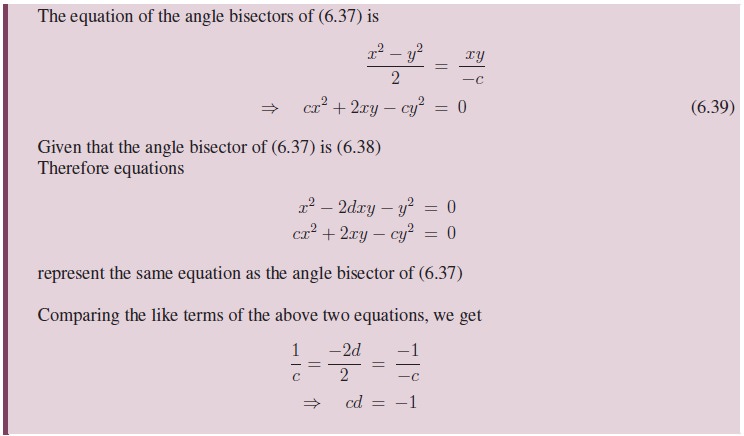 If we multiply the above two factors together, we get a more general equation to a pair of straight lines has the form

Since each of the above equations represents a straight line, they must be of the first degree in x and y. Therefore the expression under the radical sign should be a perfect square and the condition for this is 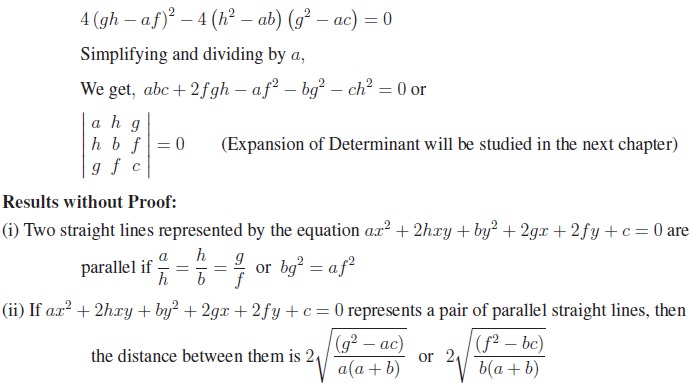 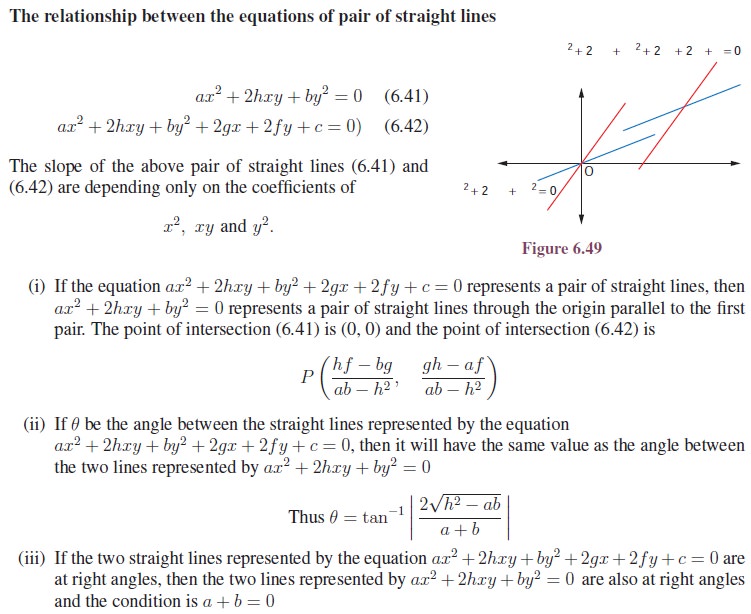 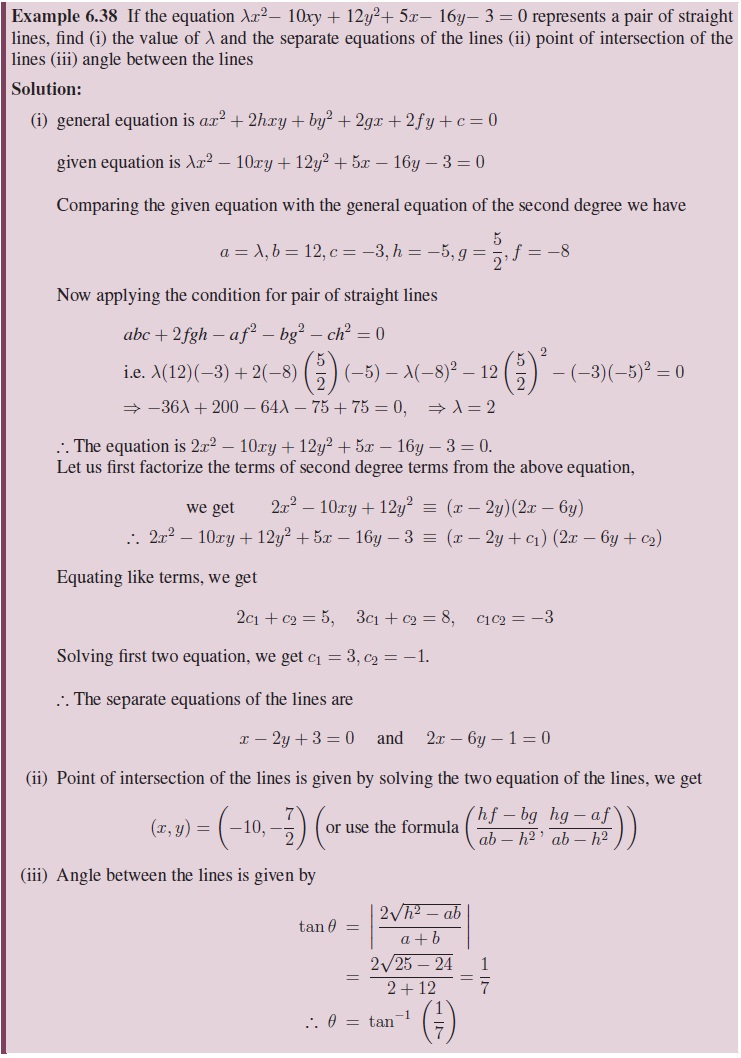 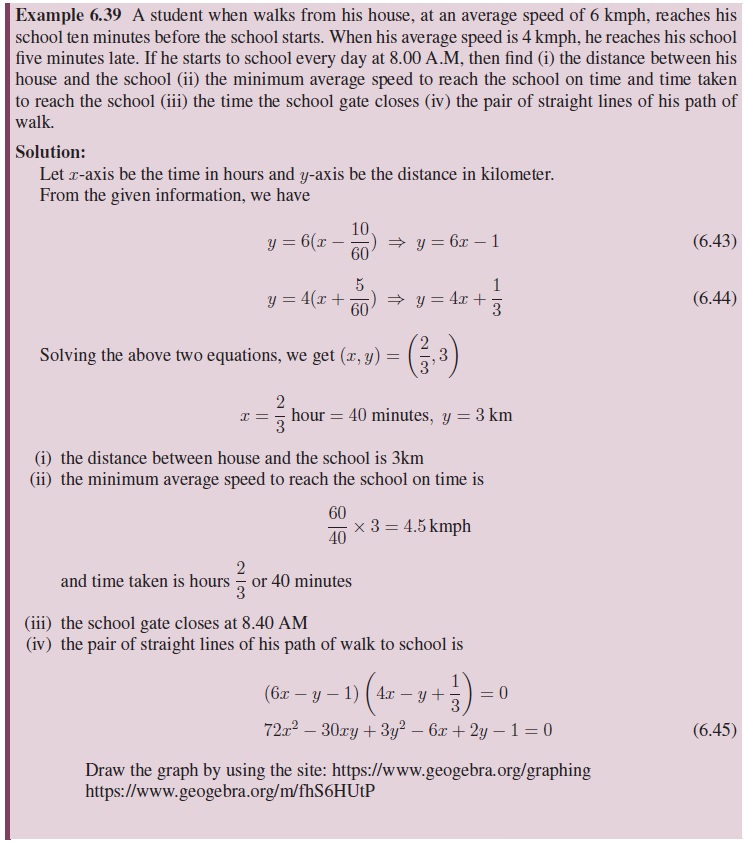 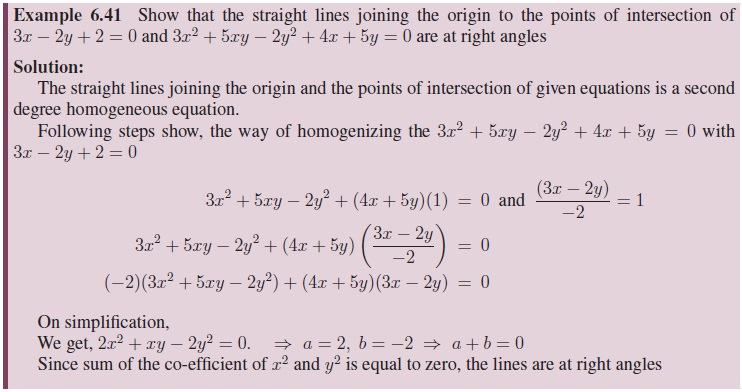 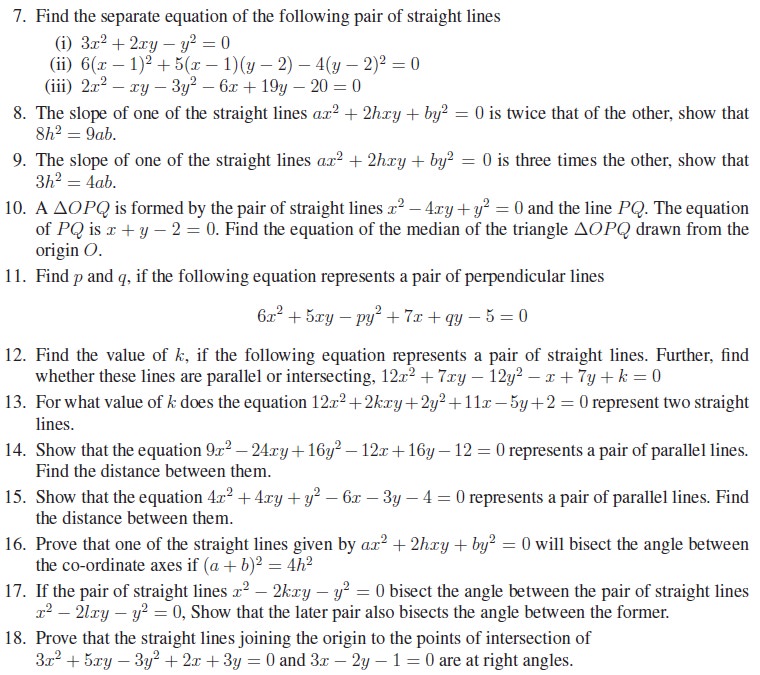