be the equations of two straight lines and let these two lines make angles θ1and θ2 with x- axis. 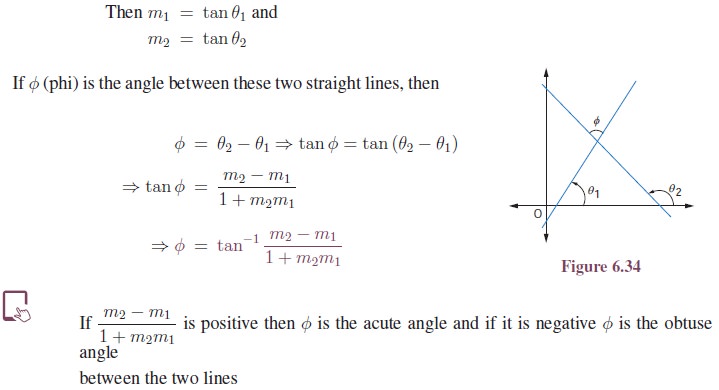 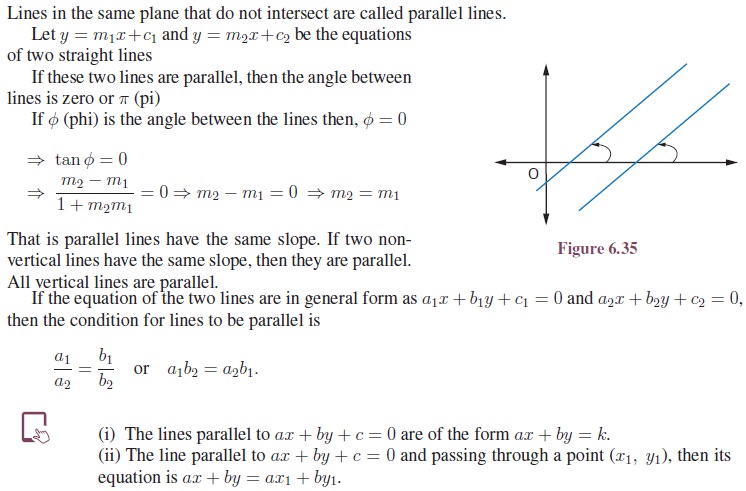 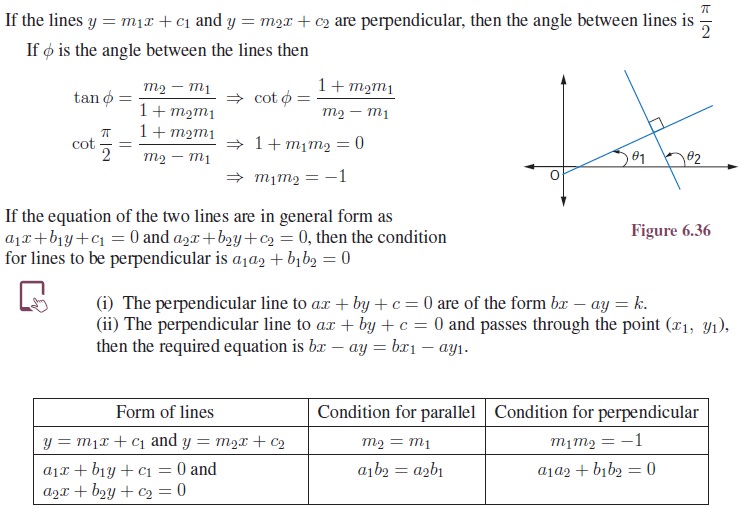 3. Position of a point with respect to a straight line

(ii) the other not containing the origin called non-origin side of the line.

Let us develop formulas to find the distance between 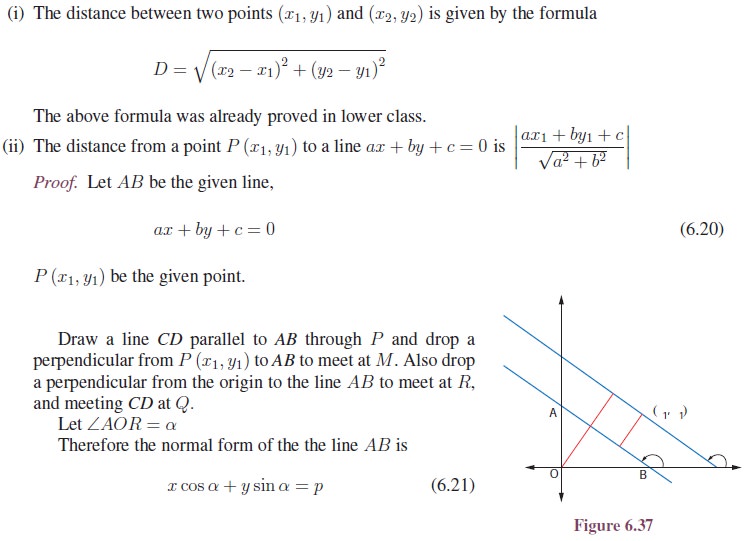 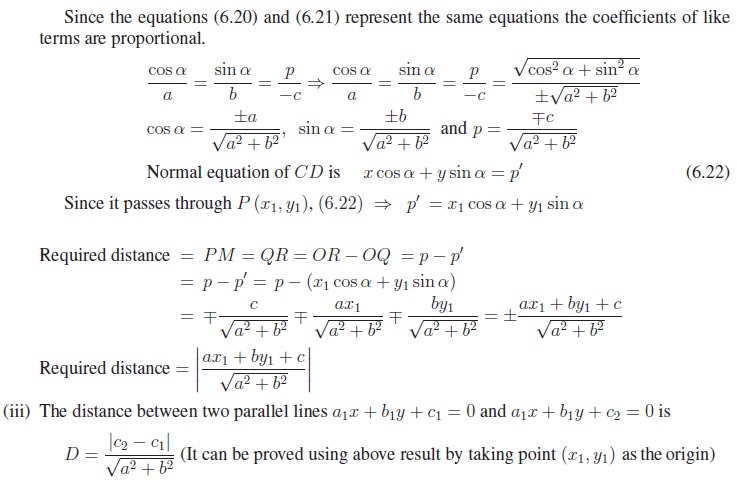 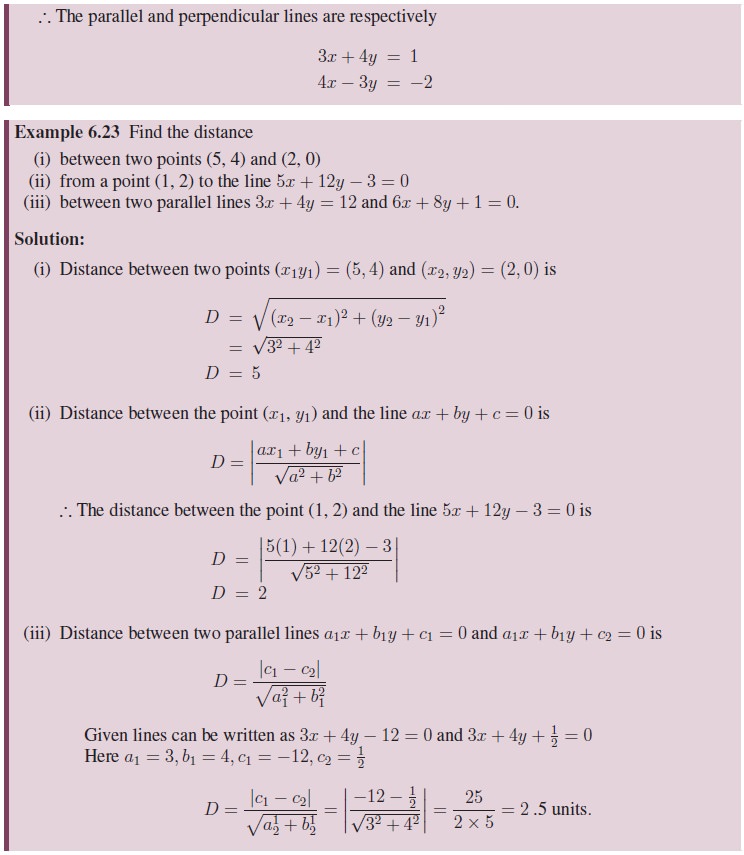 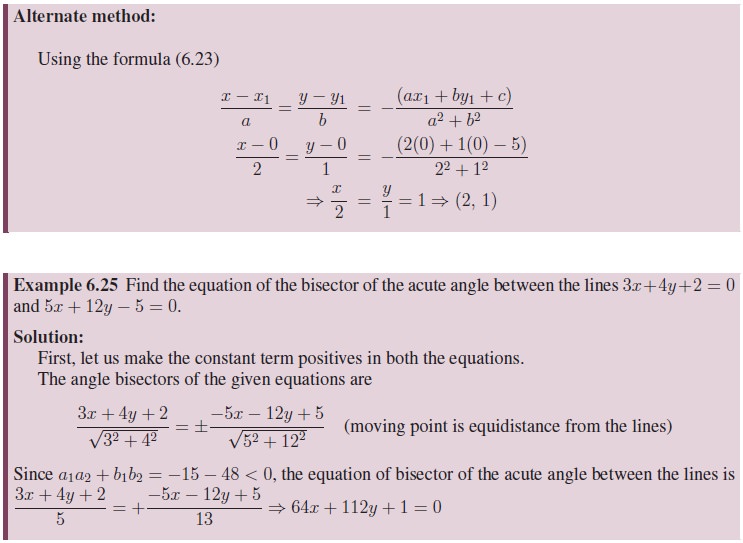 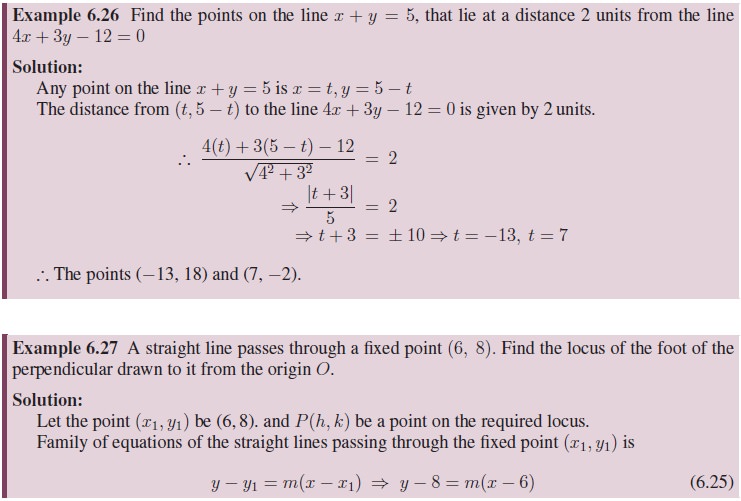 This result shows from the fact that the angle in a semi circle is a right angle.

All lines follow a specific condition are called a family of lines. The following example shows some families of straight lines.(where m.h, and k are arbitrary constants).

It may seem that the equation of a straight line ax + by + c = 0 contains three arbitrary constants. In fact, it is not so. On dividing it by b (or a, whichever is non-zero), we get

The above equation can be written as slope and intercept form.

Let us now discuss the three types of families of straight lines, using y = mx + b. First two types are one parameter families and third one is two parameters families

(i) when m is arbitrary and b is a fixed constant 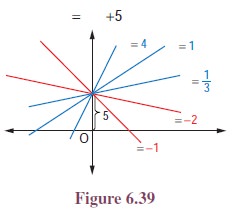 Let us find the family of equations of straight lines for the line y = m x + b by considering m is arbitrary constant and b is a fixed constant say b = 5. Therefore the equation, for different real values of m, represents a family of lines with y-intercept 5 units. A few members of this family are shown in figure. For example, in this diagram the slope m takes -1, -2, 1/3, 1 and 4. 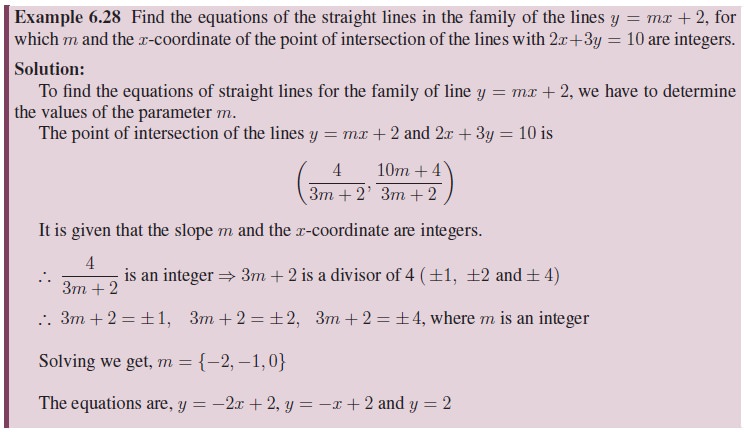 (ii) when b is arbitrary and m is a fixed constant. 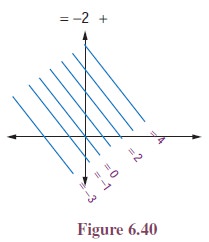 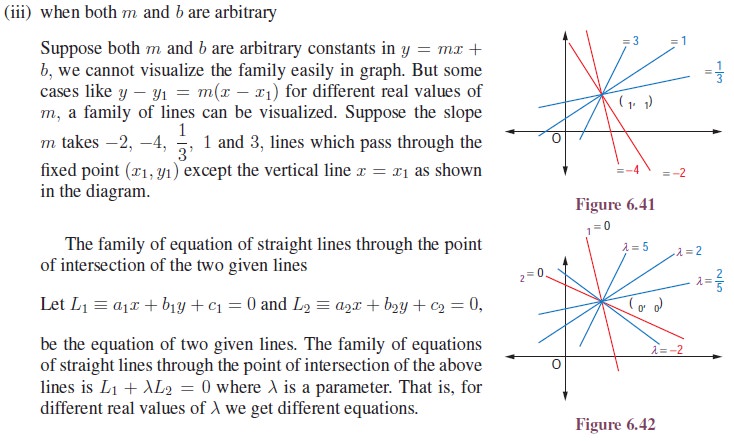 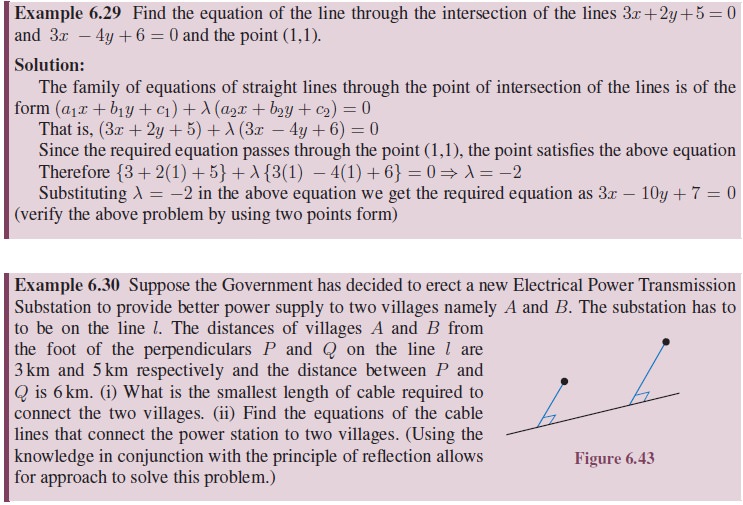 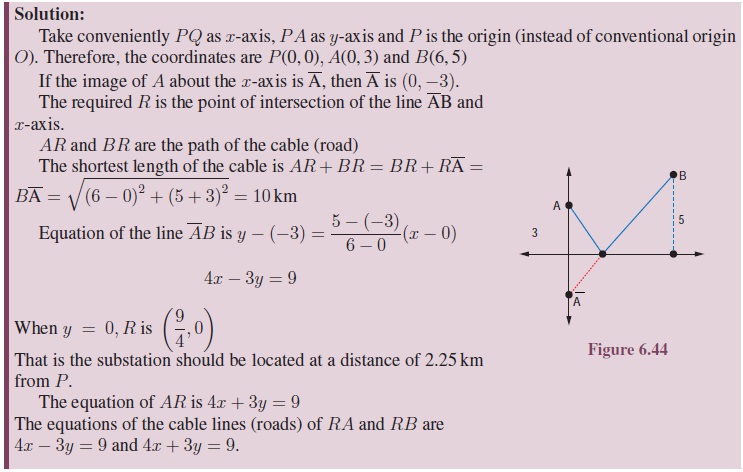 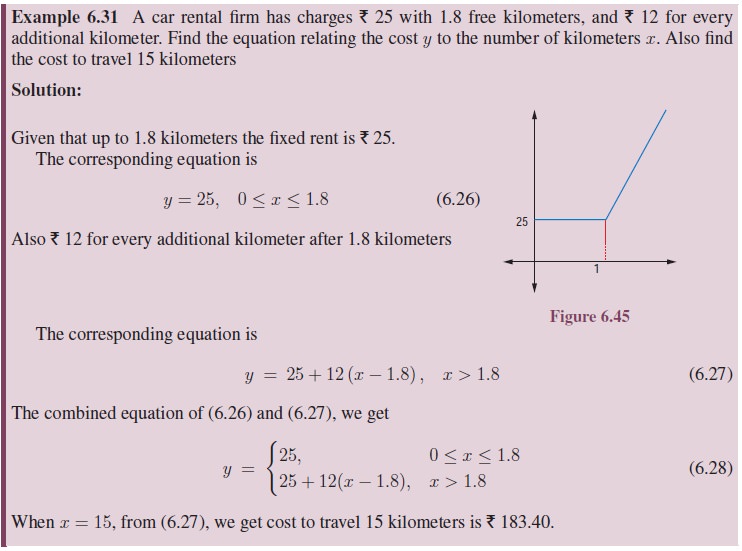 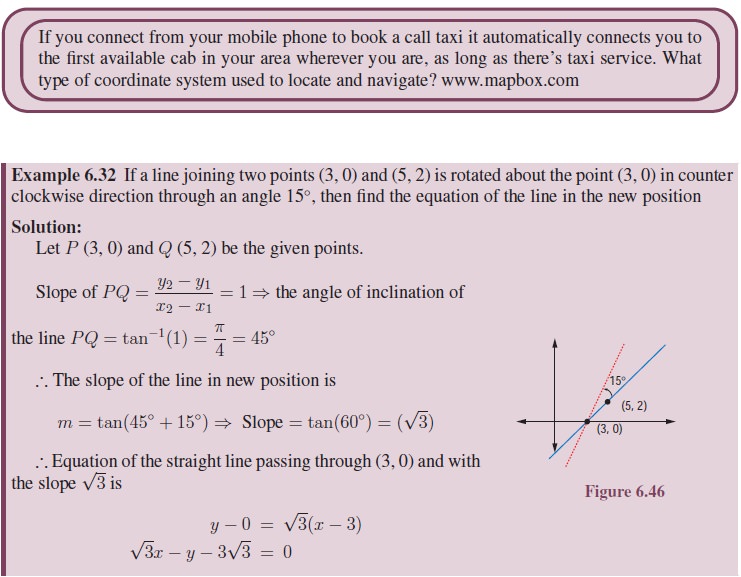 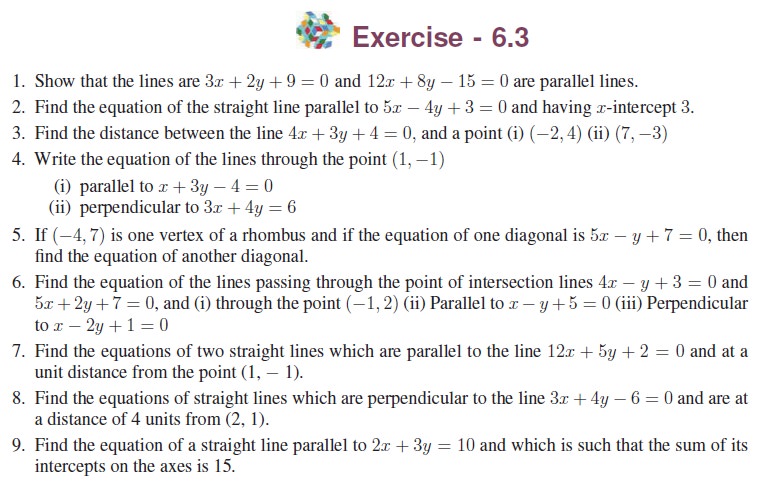 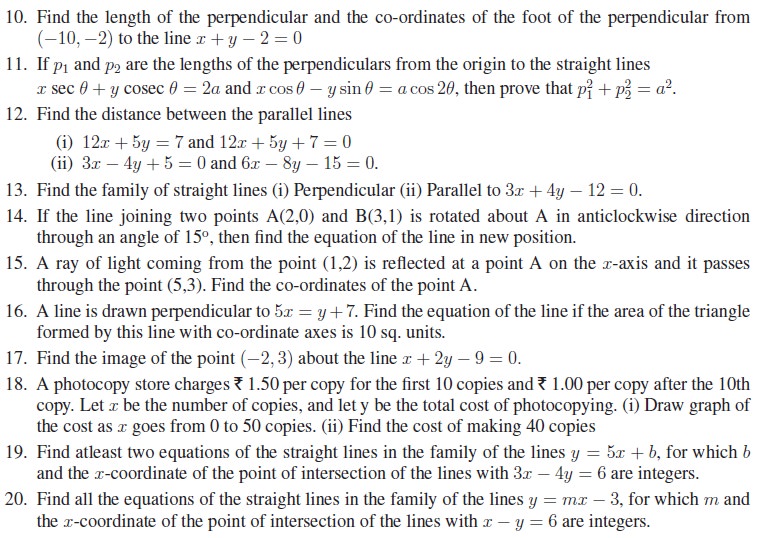