Maya had some grains to feed the birds. She threw the grains on the ground. Some birds and animals came there one by one and had their food.

Maya had some grains to feed the birds. She threw the grains on the ground. Some birds and animals came there one by one and had their food. The order they had the food is given below. 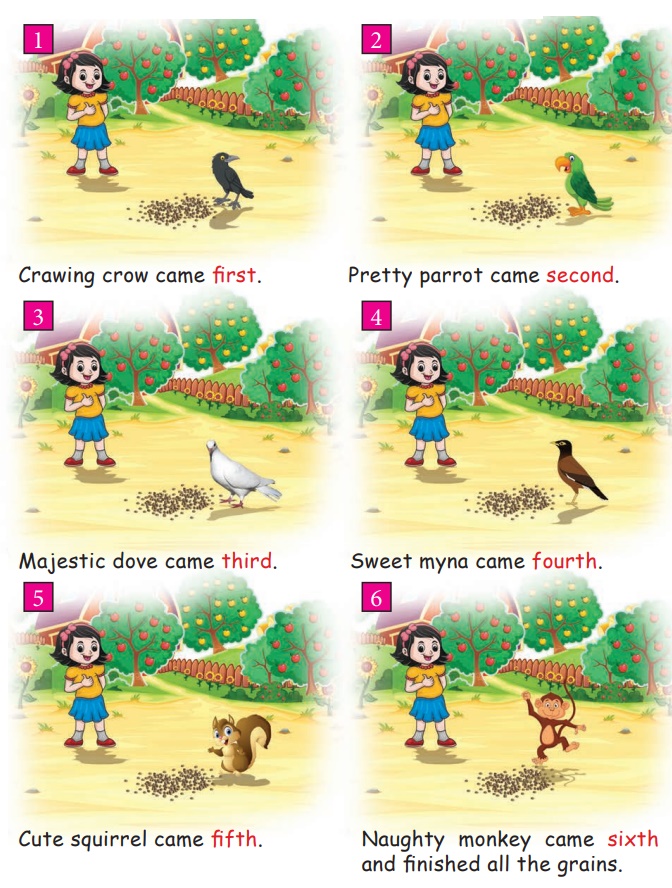 6. Naughty monkey came sixth and finished all the grains.

In a library, the first 10 racks were allotted for magazines and dailies. Books that are arranged in different racks from 11th onwards as shown below. 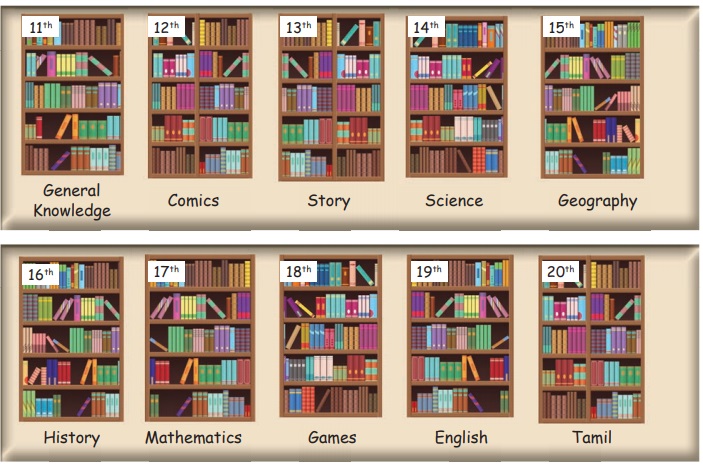 Answer the following questions from the above picture.

i) Story books are arranged in the 13th  rack.

ii) Books on history can be found in the 16th rack.

iii) Between which two racks are mathematics books placed? 16th and 18th

iv) The English books are next to the 18th rack.

v) General Knowledge books are in the 11th  rack.

vi) My favourite books are in the 13th  rack.

What is special about 14th of November?

When is your birthday?

It comes on 29th of November. 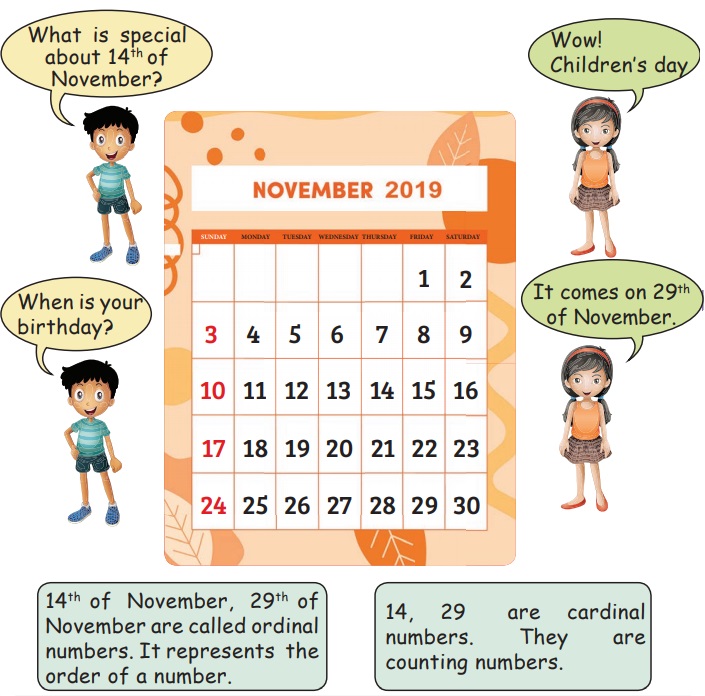 14, 29 are cardinal numbers. They are counting numbers.

Answer the following questions based on the above calendar.

iii) 1st sunday of the month falls on 3rd November

i) Write the mobile number of your father or mother.

Pick out and write the digits in the following positions.

Here are the clues to find it out.

* If you remove my first letter. I will be on your head.

* If you remove my second letter you can breathe me (in and out); I am everywhere.

iii) Here are the clues to find out.

* My first and third letter are same.

* My last 3 letters refer to a small insect that you could find anywhere where there is sweet but I won’t fl y.

* My second letter is the first letter of the word that represent the national flower.

* I am the biggest animal on land.

iv) Find the name of the flower.

* The Fourth and nineth letter is ‘E’.

* ‘O’ will come in third and seventh position.

* The Eigth letter is 23rd letter in the sequence of alphabets.

* The First letter is 19th letter in alphabet’s list.

* The Sixth letter is twelfth letter of alphabets.