Natural fibres are taken from the plant and animal sources.

The fibres that are collected from vari-ous plant seeds are known as seed fibres. Example: Cotton (Figure 2.1). 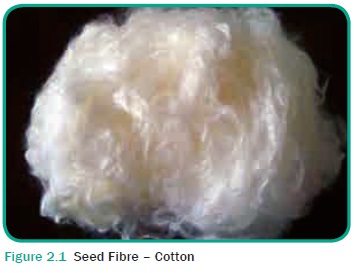 The fibres that are taken or collected from leaves are known as leaf fibre. Example: Pineapple and banana (Figure 2.2) 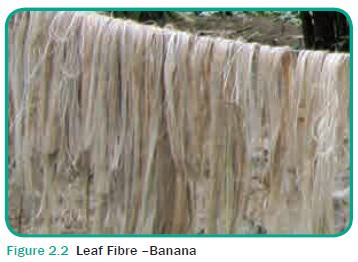 Wood pulp is collected from the outer bark or stems of plant, which is used for making fibres known as bast fibres. These fibers are used for the packaging purposes and for paper production. Example : Jute (Figure 2.3). 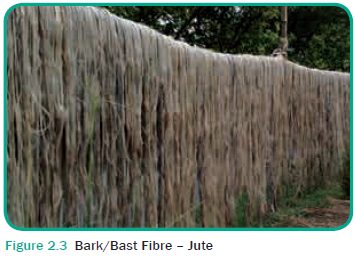 The fibres that are taken from the fruits are known as fruit fibers. Example : Coir (Figure 2.4). 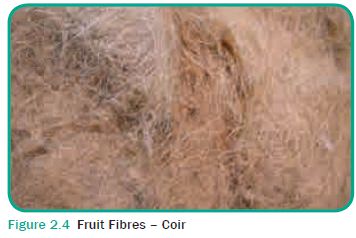 The animal fibres are obtained from ani-mals or insects in the form of hair or a liquid substance like saliva. It is full of pro-tein. Example : Hair from goat, Kashmir goat, camel, rabbit and saliva of silk worm.

Silk is commonly known as the “Queen of Fabric”. It is a very fine long smooth protein fibre. It is a secretion of silkworm. Silk was first found by the Chinese Princess and after many years the technique was passed on to other countries. Silk can be cultivated or it is found in forests as wild silk. Cultivated silk variety is the Mulberry silk. The common wild silk varieties are Eri, Tasar and Muga silk. The process of cultivation of silkworm for silk production is called as sericulture. 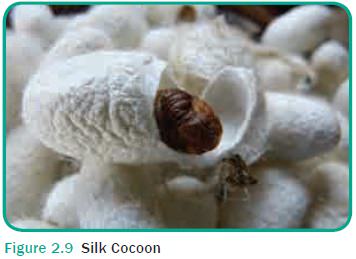 ·           In Tamil wool is called as KAMBULI. The hair of sheep (Figure 2.10), camel and rabbit are also used as wool fibres. They were woven as garments and used. Even during early days, woolen clothes were worn by the people.

·           The quality of wool depends upon the type of animal, its health, food and climatic conditions and place of breeding. 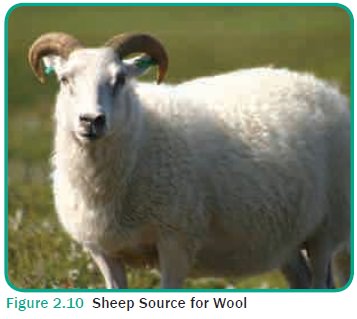 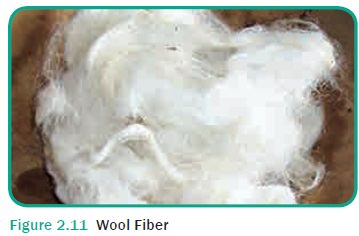