Clothing is classified based on the follow-ing five aspects:

Clothing based upon the Method of Wearing

Clothing can be grouped based upon the method it is worn. They are draped cloth-ing, slip on clothing, open stitched cloth - ing, closed clothing and sheath clothing.

Draped clothing is clothes which run into meters and are draped over the body or certain method of wearing.

Example: Indian saree draping: Maharastra – Saree is pleated and tucked between legs ; Gujarath – Saree pallu is draped, over the bust from right side shoul-der ; Tamil Nadu – Saree is pleated in front and draped over left shoulder (Figure 1.11). 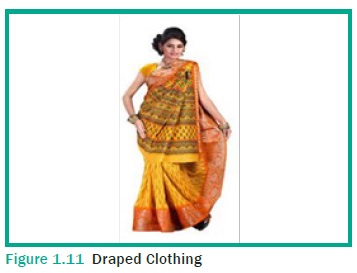 Slip on clothing is single piece with an open, around the neck line which is pulled through the head and the garment falls from shoulder.

Open stitched clothes are clothes that are worn for decorative purposes over another dress. They are stitched with an opening in the front. 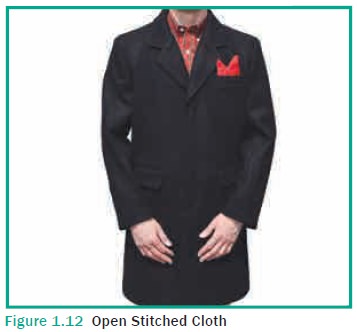 Sheath Clothing is the specialty clothes that are molded to a specific shape and made into a hard shaped garment. 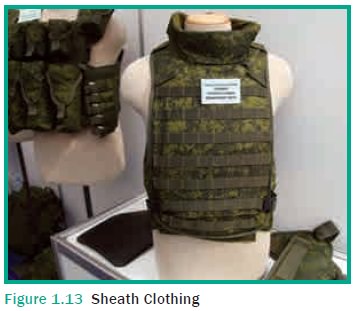 Clothing based upon the area of Usage

Clothes can be grouped based on their usage on different parts of the body as clothing for head, neck, upper bodice, lower bodice (hip) and leg.

Clothes worn around the head are called head clothing. They are usually used for pro-tection, decoration or as a symbol of status.

Clothes used around the neck are known as neck clothing. These are also used for protection or decoration.

Examples: The mufflers around the neck in winter and scarfs used by teenag-ers for decoration.

Clothes used to cover the lower body of an individual are grouped under lower bod-ice clothing.

Clothes worn to cover leg are called leg cloth-ing. They are mainly used for protection. 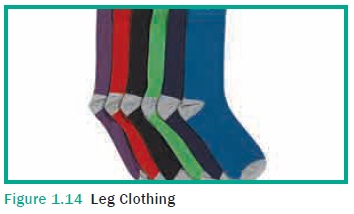 Classification of Clothing Based on Gender

Some clothes are designed specifically for women and men. But others can be used by both men and women.

Example : Sari blouse for women (Figure 1.15), vests used by men and kurtha or jeans pant used by both men and women (Unisex). 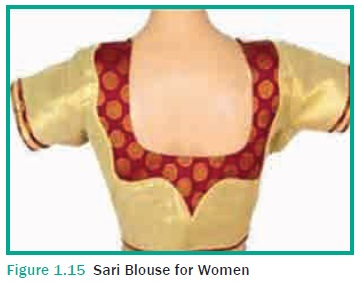 Classification of Clothing Based on Occasion

Across the globe every human has his own culture and festivals. Each of them is well defined by use of specific clothing.

Example : The Kerala wedding cos-tume wherein the women use blouse and mundu, men use silk dhoti and towel over the shoulder (Figure 1.16). 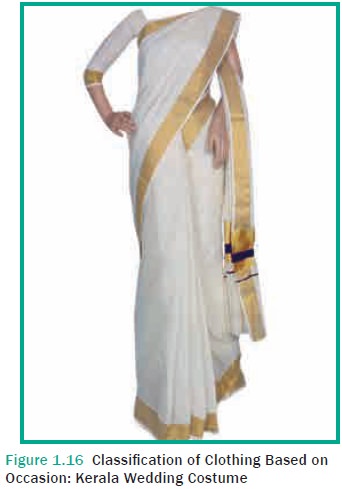 Classification of Clothing Based on Occupation:

Clothes are always related to work and work place. Depending upon the work, clothes are designed, so that it can help the weavers to carry out their jobs easily.

Example : The coat and hat of a chef. The coat contains pockets to hold spoons and other accessories, whereas the hat prevents fall of hair into the cooking items (Figure 1.17). 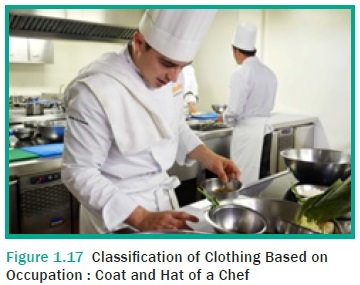