During the reign of Emperor Kanishka he began following a new calendar in the year 78 CE/AD.

During the reign of Emperor Kanishka he began following a new calendar in the year 78 CE/AD. The year begins from the spring equinox which falls on March 22nd. During a leap year, it begins on March 21st. Our country follows this calendar. The famous astronomer Meghnad Saha headed the Calendar Reformation Committee on 22nd March 1957. It was then accepted by the committee as our national calendar.

The National symbols help in uniting the diversified sections of India and to instill patriotism.

Every year, August 15 is celebrated as the Independence Day to commemorate India’s freedom from British rule. This auspicious day is also marked as a birth of the world’s biggest democracy, India.

On the day India gained independence, Mahakavi Bharathiyar’s poem “Aaduvome Pallu Paduvome” and it was sung over the AIR (All India Radio) by T.K.Pattammal, a famous singer of Carnatic Music. The celebration of Independence Day continues every year. The Prime Minister unfurls the National Flag on the Independence Day at the Red Fort, New Delhi.

On January 29, the third day of the Republic day, the celebrations are brought to an end with the “Beating Reteat” ceremony.  This is performed by the bands of Indian Army, Navy and Airforce. The President of India is the chief guest of this day. Rashtrapati Bhavan will be illuminated at 6pm as a part of the celebration. 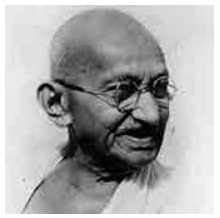 The birthday of Mahatma Gandhi, the Father of our Nation, was declared one of the National festivals. It falls on 2nd October. In 2007, the United Nations declared October 2nd as the ‘International Day of Non-violence’.