Measurement of cell growth of microorganisms

Different methods are employed for measuring the cell growth of microorganisms.

Different methods are employed for measuring the cell growth of microorganisms. Cell growth is indicated by increase in the number of cells or increase in weight of cell mass. There are direct and indirect methods of measuring microbial growth.

The total number of cells in a population can be measured by counting a sample under the microscope. This is called direct microscopic count. This is done by using a specialized counting chamber called Petroff Hausser chamber which is a specially designed slide with a grid. The liquid sample is placed on the grid which has a total area of 1mm2 and divided into 25 large squares. The number of cells in large square is counted and the total number of cells is calculated by multiplying it with a conversion factor based on the volume of the chamber (Figure 6.8).

This is a quick method of estimating cell numbers.

2.     Special microscopes like phase contrast microscope are needed if unstained samples are used.

3.     Small cells are difficult to count

A viable cell is one that is able to divide and form a visible colony on the nutrient media. Viable cells are counted by methods pour plate and spread plate.

In this method, a known volume (0.1 or 1.0ml) of the culture is pipetted into a sterile petri plate, then molten nutrient medium is poured over and incubated. Colonies will appear throughout the agar medium and are counted to obtain viable count.

A cell suspension appears turbid or cloudy due to active cell growth. When light is passed through this cell suspension, microbial cells scatter light striking them. As the concentration of cells and turbidity increases, more light is scattered and less light is transmitted through the suspension. The amount of unscattered light can be measured using a spectrophotometer, the values of which are indirectly related to cell numbers. 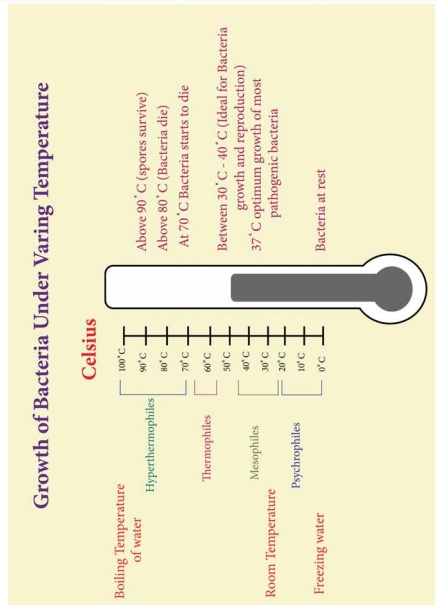