Meaning, Functions and Significance of the Constitution

Nationalism during the colonial period strived not only for political independence but also for territorial integration, constitutionalism and democratization.

Meaning, Functions and Significance of the Constitution 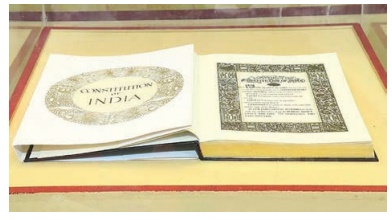 Nationalism during the colonial period strived not only for political independence but also for territorial integration, constitutionalism and democratization.

India is a culturally diverse country, yet united as a political state. Indians are dependent upon each other in many ways, and they cooperate in many ways. There is a felt need to have specific agreed basic rules and regulations which could facilitate the people of this country to live together. The absence of the basic rules and regulations may imperil the very statehood of India and also make the people feel insecure. Colonial rule was based on Charters, Councils Acts and Government of India Acts. Politics and administration of the newly emerging Indian nation is based on a definite written constitution. The central legislative body was converted into a constituent Assembly (i.e. a constitution Making body) . The proposed constitution was meant to bind different matters and different categories of society into one state, facilitating a union of states and cooperation and co-ordination between various segments that constitute the federal narrow.

The most critical function of a constitution is to provide a set of basic rules that allow for optimal coordination amongst members of the state. A constitution is a body of necessary codes, according to which a state is constituted and governed. The constitution specifies the necessary allocation of power between the various segments of the state. Indian diversities necessitated a Union of states, and the freedom movements favoured a democratic form of government. Accordingly the Parliament in India decides the laws and policies of the country.

Constitution empowers the government to fulfill the aspirations of a society and create conditions for a just society. The part four of the Indian Constitution has provisions for the government to make laws to address many problems prevalent in Indian society. The constitution expresses the fundamental identity of the people in a country. People in a community may have many similar ethnic identities that exist before the enactment of the constitution. The people of a country will have a political identity after the promulgation of the structure by accepting the fundamental laws of the state put forth by the constitution. The individual’s objectives, aspirations, and freedoms should comply with the constitutional regulations of a country.

The constitution puts forth specific fundamental laws which cannot be violated by its citizens. It also protects certain fundamental rights of the people living in a country. The constitution of a country defines who are all the citizens of a nation. It also sets the framework that illustrates the relationship between the states or parts of a country with each other and even with the central government. Most of the constitutions in the world are written documents that comprise many articles and schedules. There are still a few constitutions like that of the United Kingdom which do not have one single document, which could be called as a distinct constitution. The United Kingdom, instead has a series of customs, conventions and historical precedents which are collectively referred to as its constitutional components.

A referendum is a method of referring a question or set of questions to the electorate directly rather than allowing them to be settled by the people’s representatives in the legislature. The referendum is also often used to determine issues of morality which divide a coalition government of many parties and to settle local matters which it is thought are best left to individual to decide. The referendum is seen as conferring legitimacy and popular approval on an individual and sanctions absolute authority.

Neither Indian Constitution nor the amendments made later were subjected to a referendum, which could also be seen as a setback in Indian democracy perhaps the conditions prevailing at that time were not conducive to a referendum. In this regard, it may be useful to study the working of referendum in Switzerland.

Provisions of a Constitution

An ideal Constitution should accommodate the aspirations of all sections of people in the society. Constitutions that are discriminative based on religion, caste and language may not get overwhelming acceptance from everyone in the nation. The fundamental laws of the structure would reveal the nature of a constitution. Any constitution could be successful only when it preserves the freedom and equality of all its citizens.

The 42nd Amendment enlarged the Preamble of the Indian Constitution from “Sovereign Democratic Republic” to a “Sovereign Socialist Secular Democratic Republic,” and also changed the words “unity of the nation” to “unity and integrity of the nation.” Former Prime Minister, Indira Gandhi, enacted the 42nd Amendment in 1976, during the National Emergency.

A well-drafted constitution does not concentrate all powers in a single person or a single institution as it may lead to abuse of power by few or one institution. One method that may be incorporated to address this issue is to divide powers among different organs in a balanced way.

The Constituent Assembly was composed of members along the lines suggested by the plan proposed by the Committee of the British Cabinet, also known as the Cabinet Mission. 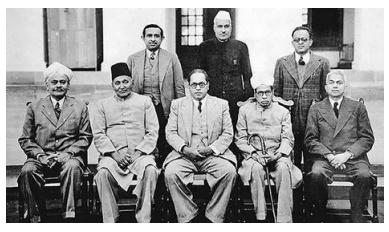 The seats of each province were distributed among three main communities, namely, the Hindus, Muslims, and Sikhs, in proportion to their respective populations in their province.

Members of each community in the Provisional Legislative Assembly elected their representatives by the method of proportional representation with a single transferable vote. 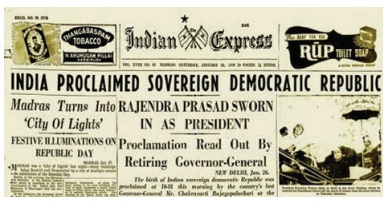 The method of selection of representatives of Princely States was to be determined by the princely states themselves.

The Composition of the Constituent Assembly

Two hundred eighty-four members were present on 26th November 1949 and appended their signature to the Constitution as finally passed. 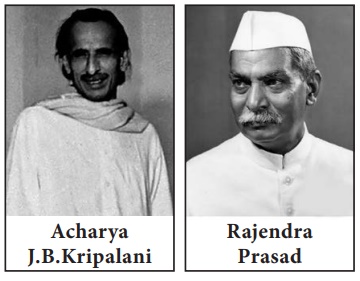 v The 1st meeting of the Constituent Assembly took place in Constitution Hall, New Delhi, on Monday, the 9th December 1946, at Eleven of the Clock. The title of the first debate was “Election of Temporary Chairman,” Acharya J. B. Kripalani (United Provinces: General) requesting Dr. Sachchidananda Sinha to take the Chair as temporary Chairman. (Constituent Assembly Debates)

v The Final meeting was held on 24th January 1950 with the title of “Signing of the Constitution” and Dr. Rajendra Prasad was the Chairman of the debate.

Topic : Constitution is called the “Fundamental Law of Land”

Students are asked to think about the topic for two or three minutes and share his/her views with his/her pair. Teacher can ask randomly any three pairs to share their views in the classroom.

What is the opposite of secular state? Name any state that is not secular.