Edward James Corbett, popularly known as Jim Corbett was a British wild life photographer, hunter, tracker, naturalist, and writer. He has hunted a number of man-eating tigers and leopards in India.

Edward James Corbett, popularly known as Jim Corbett was a British wild life photographer, hunter, tracker, naturalist, and writer. He has hunted a number of man-eating tigers and leopards in India. He had a lot of experience with tigers and other wild animals to shoot with his cine film camera. Corbett always preferred to hunt alone and on foot. He often hunted with Robin, his dog. Though he was an expert hunter, he admired wild life. He did not like to kill wild animals for pleasure or sport. But he did not hesitate to kill man-eating tigers or leopards. He hunted these animals only to help people and only at the request of the Government. He took no joy from the kill. He often said that not against the law of nature, but against the laws of human.” 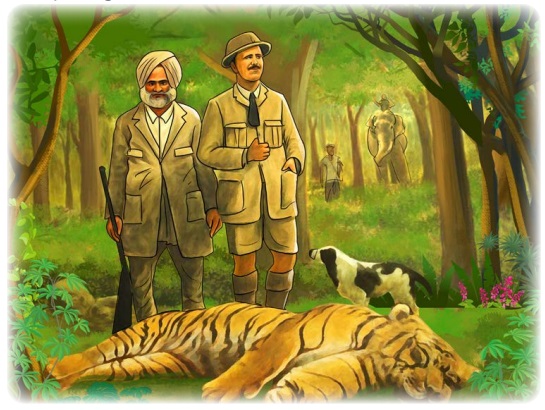 According to his theory, a tiger starts eating humans, when they grow old or get hurt. As, they can not run fast, they start killing humans. People can not run as fast as animals, so they become easy prey. After eating human flesh once, a tiger will not eat any other flesh. These tigers are called man-eaters.

His first, man eating tiger hunt was, The Champawat Tiger. It was a Bengal tigress responsible for nearly 436 deaths in Nepal and the Kumaon area of India. Her attacks have been listed in the Guinness Book of World Records as the highest number of fatalities from a tiger. She was shot in 1907 by Jim Corbett.

The tigress began her attacks in a Rupal village in western Nepal, Himalayas. Hunters were sent to kill the tiger, but she managed to escape from them. The Nepalese Army, after failing to capture or kill the tiger, drove her across the border into India. There she continued her killings in the Kumaon District. All her kills happened during the daylight. After several incidents people stopped going into the forest, to collect firewood, fruits, roots and other things. They were terrified to go out, and refused to leave their huts for work after hearing her roar from the forest. The British government requested Jim Corbett to help the villagers. He agreed to hunt down the man-eater.

He camped in the Kumaon District, and started tracking the tigress. He moved around the villages and restricted the activities of the man-eater. After several unsuccessful attempts, Corbett managed to kill, the tiger when it killed a 16-year-old girl, in the village, near Champawat, and left a trail of blood, which Corbett followed. After a whole day of pursuit, Corbett had to abandon the hunt, decided to use villagers and to organise a bait the next day near the Champa River. With the help of the thasildar of Champawat, the bait was organised with about 300 villagers. The next day, Corbett shot the tigress dead, near the Chataar Bridge, in Champawat. A "cement board" was erected, marking the place where the tigress was finally brought down.

A postmortem on the tigress showed the upper and lower canine teeth on the right side of her mouth were broken, the upper one in half, the lower one right down to the bone. This injury was a result of an old gunshot from a game hunter who failed to track and kill it. According to Corbett, probably this injury prevented her from hunting her natural prey, and hence, she started to hunt humans.

Jadav Payeng is better known as the Forest Man of India. He earned this name by spending 30 years of his life planting trees, creating a real man-made forest of 550 hectares. 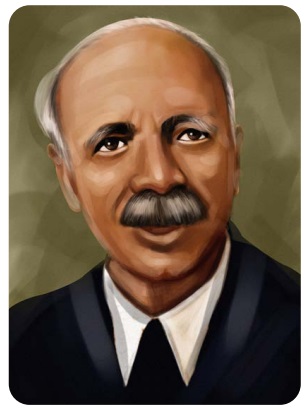 Jim Corbett was always against game hunting. He strongly advocated that deforestation and human encroachment were the main cause of the mischief of wild animals. He went on lecturing tours to educate the people about their natural heritage and the need to conserve forests and their wildlife. He promoted the "Association for the Preservation of Game "and the "All-India Conference for the Preservation of Wildlife." He played a key role in establishing, India's first national park in the Kumaon Hills, the Hailey National Park, in Uttarakhand, India. It was initially named after, Lord Malcolm Hailey. Jim Corbett died on 19 April 1955. The park was renamed in 1957 as, The Jim Corbett National Park. It was named after him to honour his role in establishing this protected area in 1930s.