The absence of signs of injury on the complainant’s person should not be construed as consent to sexual relations. She may have been overcome by fear, submitted under threat of harm to her children or partner, or had been heavily intoxicated. In gang rapes, where the victim is overcome by a number of assailants, or if attacked from the back by a single person, it may be very difficult to offer any resistance. Furthermore the victim may be examined shortly after the event, in which case bruising, which may only appear many hours later, is not evident. It is therefore sometimes indicated that the person must be re-examined 24 hours later. Conversely, although the presence of injuries suggests that force was used to overcome resistance — and the more exensive they are the more likely this is to be the case — it should be borne in mind that the injuries may be unrelated to the rape as such, the allegation of rape being part of a trumped-up charge. The occasional bruise, nail scratch or bite mark is not infrequently inflicted during over-zealous intercourse with consent. This includes a so called love-bite.

It is also important to examine the finger nails for any foreign material.

In the case of a marked disproportion in size between the assailant and the victim (eg when a child was assaulted) the injuries to the genital organs may be extensive and extend into the abdominal cavity and rectum. If the victim had borne children, no injuries may be detected in or about the vagina, despite the fact that force was used to penetrate the vagina. The presence of an intact hymen, depending on the type of hymen, is not necessarily an indication of virginity. Neither is it an indication that rape has not taken place. On occasion, rape is associated with other aberrant sexually perverse acts such as sodomy, fellatio lingua (oral stimulation of the sexual organ) and genital mutilation. 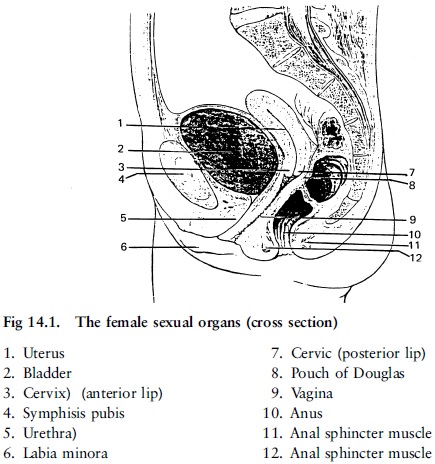 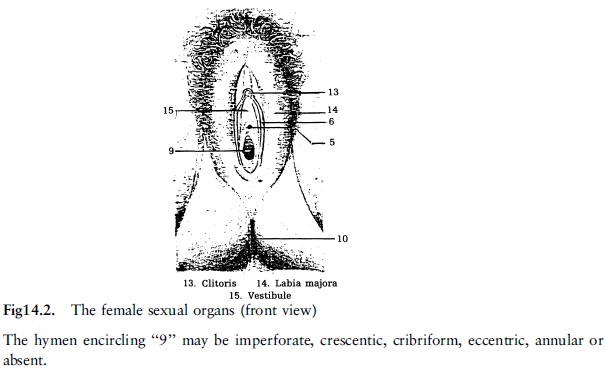 The results concerning injuries related to sexual assault should be evaluated just as critically as test results from any other type of injury. What the analyst conveys to the reader should be what is read into the report, purely and simply, namely that from the specimen a certain result was elicited. In evaluating this finding relative to the subject under review the reader must determine whether the following was carried out:

In addition, the method of testing should be known to the reader, and its accuracy, specificity and the ability to reproduce it, understood.

Molecular biology and the use of DNA analysis has made it much easier toidentify an assailant. In the case of DNA typing the result can prove beyond any doubt that a single hair, drop of blood, sperm, minute fragment of tissue, et cetera, is derived from a particular person. This specificity, which makes it possible to determine a person’s identity almost 100% accurately, is due to the uniqueness of each individual’s nucleic acid (DNA) structure of the cell, and hence the many different permutations of each of these characteristics in any one individual.

Ejaculation may have occurred in the anus or on the perineal surface. Where no ejaculation has occurred, despite penetration, there may be a considerable amount of secreted penile (urethral) mucous which the woman may mistake for ejaculate. Intense emotion or depressants such as alcohol or drugs may inhibit ejaculation.

The presence of smegma (secretion) below a free pepuce (foreskin) suggests that the male has not had intercourse for some days.

During sexual intercourse, where there is marked disproportion in the sexual organs, the male may rupture the frenular artery, which passes below the head of the penis, and it may bleed profusely. In intercourse with consent this may be a source of considerable embarrassment to both parties, and a revelation to a third party.

In studying the topic of rape it is important to bear in mind that mere contact, for example when the penis is placed on the vulva, constitutes penetration. Penetration, therefore, does not necessarily involve penetration of the hymen.

There are a number of different anatomical variations to the shape of the ‘‘virginal’’ hymen, ranging from an imperforate to no more than a thin rim of tissue encircling the entrance to the vagina. The following examples should elucidate this point:

·              The hymen of the non-virginal non-parous (ie not giving birth) woman, depending on the type of hymen, generally reveals an old rupture at the mid-posterior position.

·              Non-virginal women may have intact hymens, particularly of the annular type. Cases have been reported of prostitutes where this type of hymen revealed no evidence of having ever ruptured.

The absence of spermatozoa in the vagina does not mean that there was no ejaculation into the vagina. This absence may be the result of azoospermia (absence of sperm) in the ejaculate, or the use of a condom.