West Asia includes Egypt, the Arabian Peninsula, Turkey and Iran. India and West Asia enjoy pre-historical ties. Trade relations were established between the civilisations of Mesopotamia and the Indus Valley.

West Asia stands as a region of considerable significance for India, economically as well as strategically. West Asia is gateway to landlocked and energy-rich Central Asia. With the advent of the new millennium, there has been extraordinary turnaround in the relationship between the Gulf Cooperation Council (GCC) countries and India. 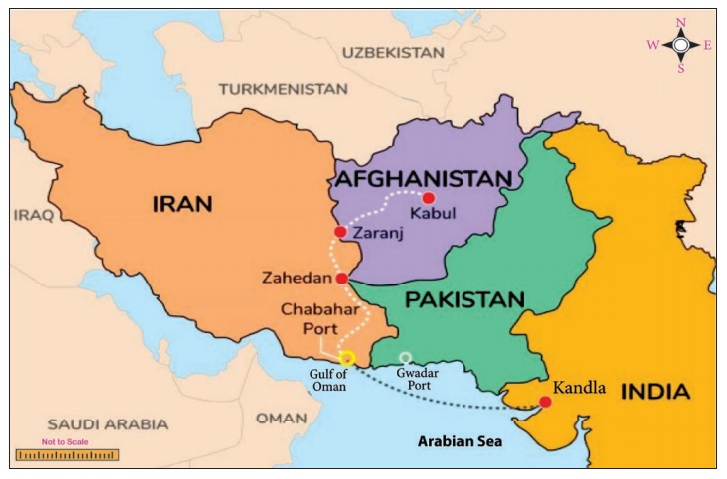 A trilateral agreement called the Chabahar Agreement was signed between India, Afghanistan and Iran, which has led to the establishment of transit and transport corridor among three countries using Chabahar port. This port is seen as golden gateway for India to access landlocked markets of Afghanistan and Central Asia bypassing Pakistan.

One of the oldest maritime trading routes ran from ancient Sumeria via Bahrain to the Indus Civilisation called Meluha.

In medieval times, comments a noted scholar M.S. Agwani, “the Indian expertise in medicine, mathematics and astronomy was highly valued by Arab and Iranian scholars who eventually made it part of their own intellectual traditions.”