Civil - Mechanics Of Solids - Stress, Strain And Deformation Of Solids

STRESS, STRAIN AND DEFORMATION OF SOLIDS

1.  What is strength of Material?

When an external force acts on a body, it undergoes deformation. At the same time the body resists deformation. This resistance by which materials of the body opposes the deformation is known as strength of material.

A rigid body consists of innumerable particles. If the distance between any two or its particles remains constant, it is known as solid body.

3.  What is deformable solids?

A body which undergoes deformation due to application of external forces.

The stiffness may be defined as an ability of a material to with stand high load without major deformation.

5. What is stability? Explain

It is the over all property of a member made out a material to maintain the overall equilibrium preventing complete collapse.

The force of resistance per unit area offered by a body against deformation is known as stress.

It may be defined as the tensile force per unit area.

It may be defined as the compressive force per unit area.

It may be defined as the shear force per unit area.

It may be defined as the crushing force per unit area.

When a body is subjected to an external force in one direction only, the stress developed in the body is called simple stress.

13. What is Compound stress?

When a body is subjected to an external force more than one direction only, the stress developed in the body is called Compound stress.

The ratio of change of dimension of the body to the original dimension is known as strain.

15. What is meant by Poisson's ratio?

It is the ratio between lateral strain and linear strain.

16. What are the three main types of strain? i). Tensile strain

It is the ratio of ultimate tensile stress to the permissible stress.

A direct stress is always accompanied by a strain its own direction and the opposite kinds of strain in every direction at right angles to it. Such a strain is known as secondary strain or lateral strain.

19. What is meant by elastic limit?

Whenever a system of external forces, causing deformation of a body, is removed the body springs back to its original position. For a given section, there is always a limiting value of force, up to and within which, the deformation entirely disappears on the removal of the force. The intensity of stress, corresponding to the limiting force is called elastic limit.

20. What are the types of elastic constants?

There are three types of elastic constants

The ratio of direct stress to the corresponding volumetric strain is constant within its elastic limit. The ratio is known as Bulk modulus.

It is ratio of the lateral strain and longitudinal strain.

It is ratio of the change in volume and original volume.

Hooke's law states, 'Whenever a material is loaded within its elastic limit, the stress induced is directly proportional to strain'. It holds good equally for tension and compression.

i. Modulus of Elasticity

Within elastic limit, the ratio of shear stress to the shear strain is known as modulus of rigidity.

A composite member is composed of two or more different materials, joined together in such a way that the system is elongated or compressed as a single unit. In such a case, the following two governing principles are to be followed.

28. State the relationship between Young's Modulus and Modulus of Rigidity.

29.  State the relationship between Bulk Modulus and Young's Modulus

30.Determine the Poisson's ratio and bulk modulus of a material, for which Young's modulus is 1.2 x 105

The energy absorbed in a body, when strained within its elastic limit is known as strain energy. It is also known as resilience.

The maximum strain energy that can be stored in a body is known as proof resilience.

The proof resilience per unit volume is known as modulus of resilience. It is also known as strain energy density.

35. Write down the equation for strain energy stored due to shear stress and explain the terms.

36. Write down the equation for strain energy stored in a body and explain the terms.

According to this theory, the elastic failure occurs when energy per unit volume in a strained material reaches the value of the strain energy per unit volume at the elastic limit point in the simple tension test. According to this theory, the maximum energy which a body can store without deforming plastically is constant for that material irrespective of the manner of loading.

38. State the formula for strain energy and deflection due to bending. 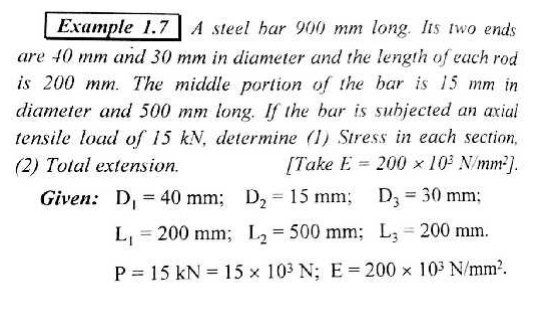 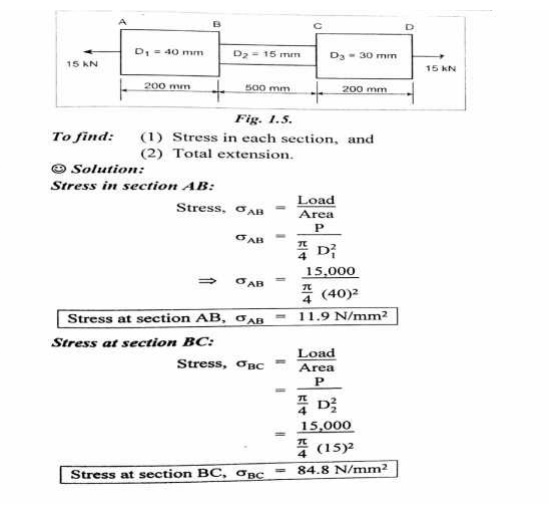 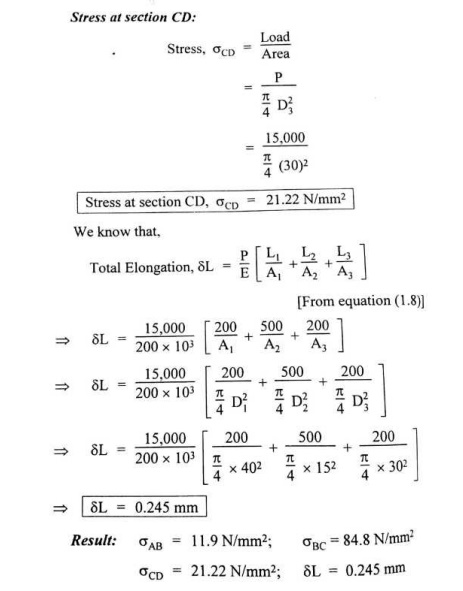 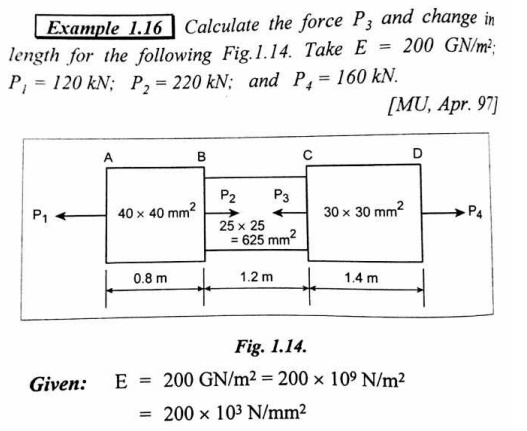 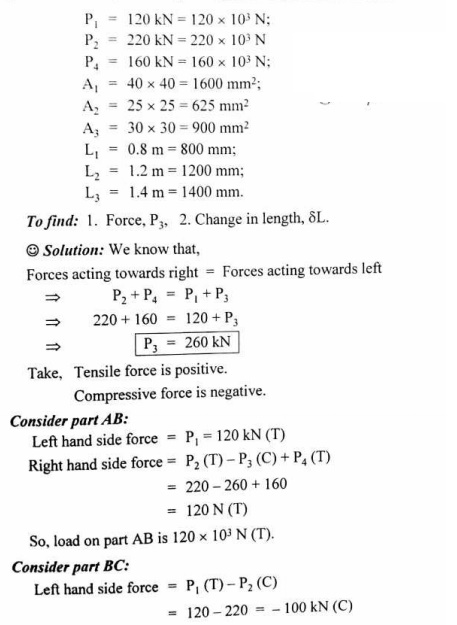 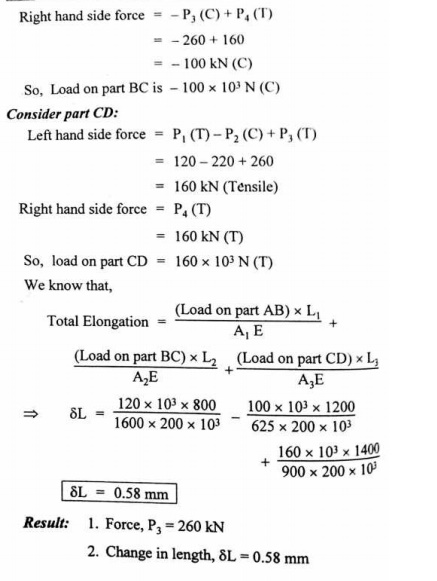 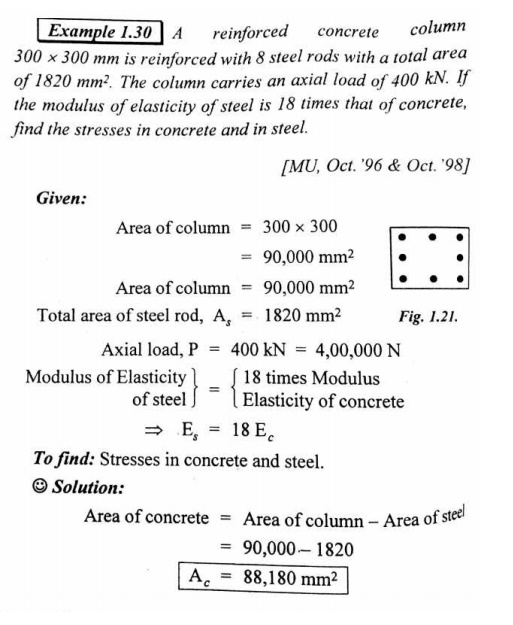 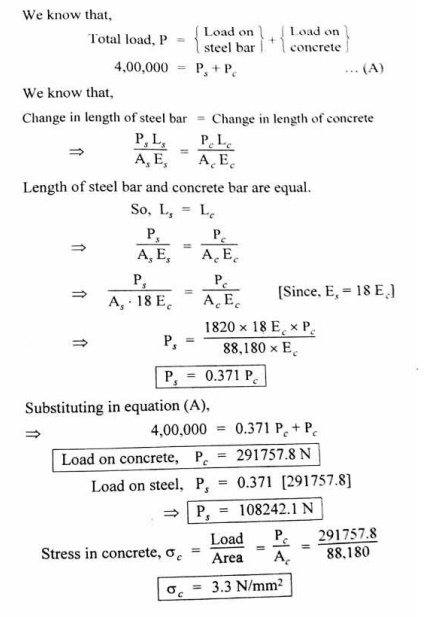 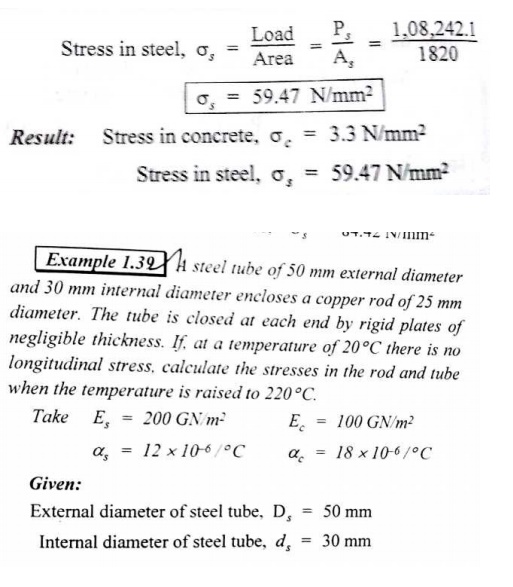 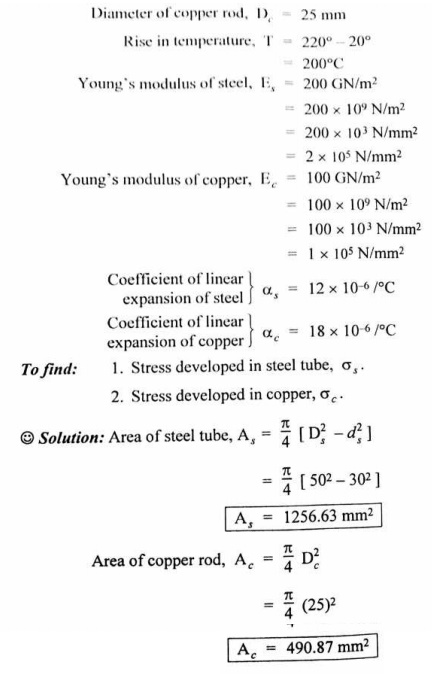 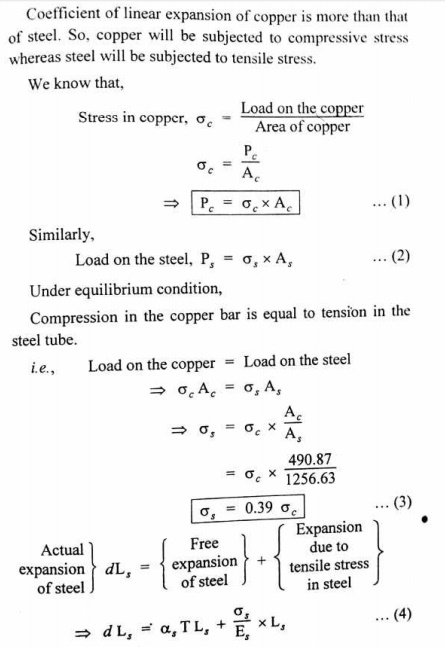 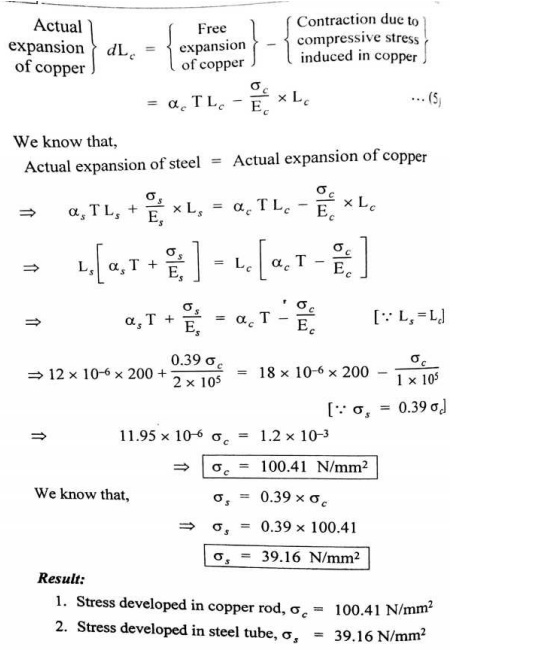 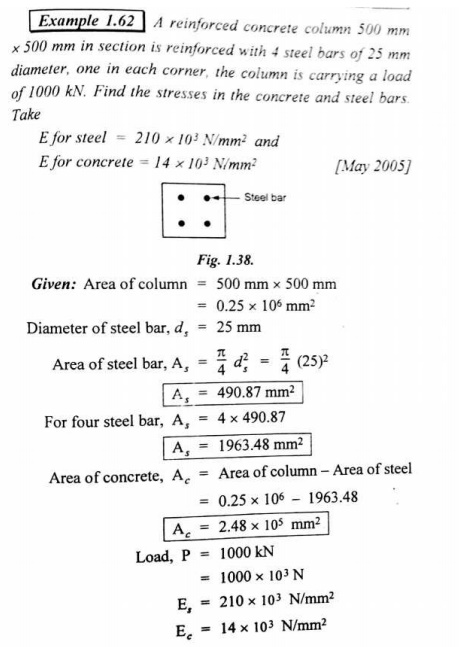 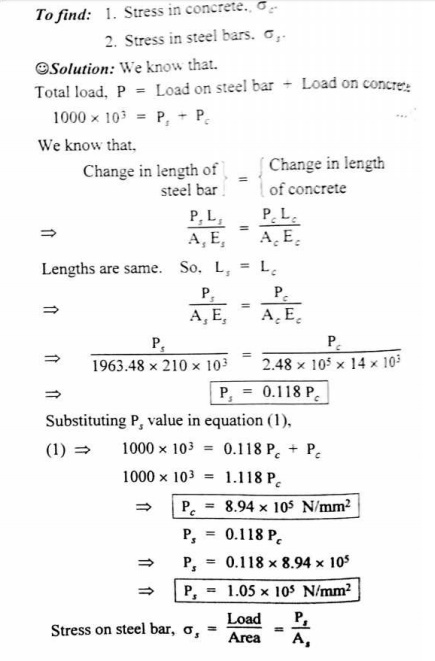 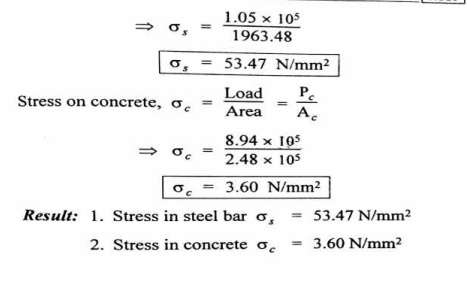 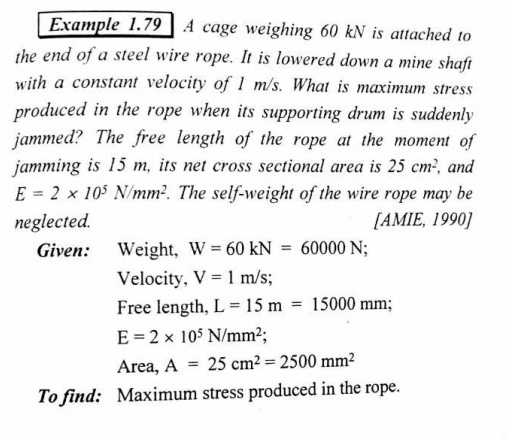 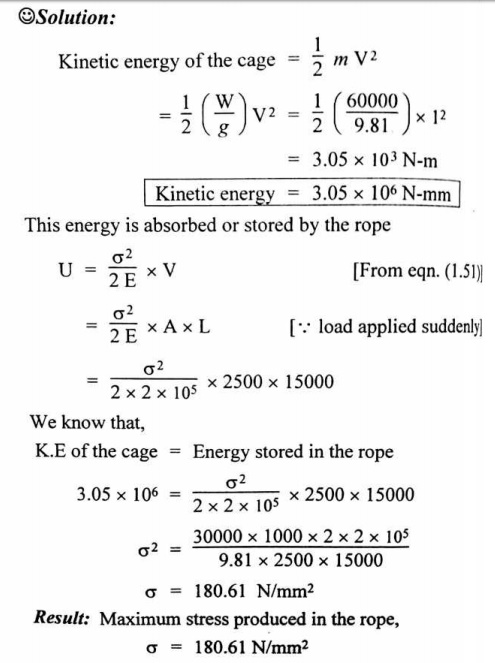