Following the successful global eradication of small-pox in 1975 through effective vaccination programs and strengthened surveillance, the Expanded Programme on Immunization (EPI) was launched in India in 1978 to con-trol other vaccine preventable diseases. Initially, six diseases were selected: diphtheria, pertussis, tetanus, poliomyelitis, typhoid, and childhood tuberculosis. The aim was to cover 80% of all the infants. Subsequently, the program was uni-versalized and renamed as Universal Immunization Program (UIP) in 1985. Measles vaccine was included in the program and typhoid vaccine was discontinued. The UIP was intro-duced in a phased manner from 1985 to cover all districts in the country by 1990, targeting all infants with the primary immunization schedule and all pregnant women with tetanus toxoid immunization.

In 1992, the UIP became a part of the Child Survival and Safe Motherhood Programme (CSSM), and in 1997, it became an important component of the Reproductive and Child Health Programme (RCH). The cold-chain system was strengthened and training programs were launched extensively throughout the country. Intensified polio eradication activities were started in 1995–1996 under the Polio Eradication Programme, begin-ning with National Immunization Days (NIDs) and active sur-veillance for acute flaccid paralysis (AFP). The Polio Eradication Programme was set up with the assistance of the National Polio Surveillance Project. 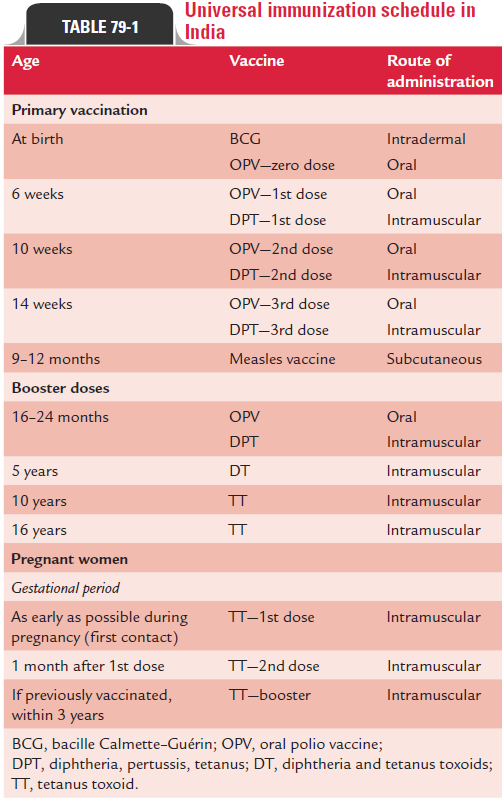 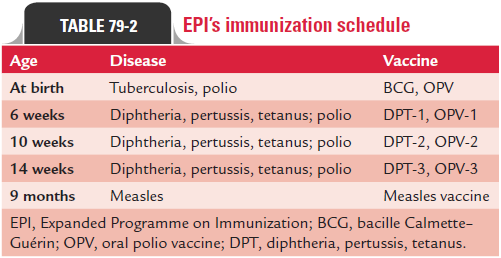