At low frequencies, we can analyze the transistor using h-parameters.

At low frequencies, we can analyze the transistor using h-parameters. But for high frequency, analysis of h-parameter model is not suitable for following reasons.

1.     The values of h-parameters are not constant at high frequencies. So it is necessary to analyze transistor at each and every frequency which is impractical.

Common emitter circuit is most important practical configuration and this is useful for the analysis of transistor using hybrid - ∏ model. The following figure shows the hybrid - ∏ model for a transistor in CE configuration. For this model, all parameters are assumed to be independent of frequency. But they may vary with the quiescent operating point.

rb’e: It is the portion of the base emitter which may be thought of as being in series withthe collector junction. This establishes a virtual base b’ for junction capacitances to be connected instead of b.

rb’c: Due to early effect, varying voltages across collector to emitter junction results inbase-width modulation. A change in the effective base -width causes the emitter current to change. This feedback effect between output and input is taken into account by connectinggb’c or rb’c between b’ and c.

gm is also called as transconductance and it is given as,

rce: It is the output resistance. It is also the result of early effect.

The following table shows the typical values for hybrid - π parameters at room temperature and for Ic = 1.3mA. 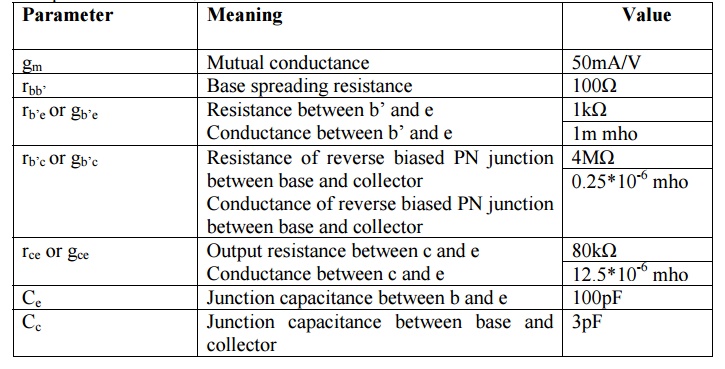 Let us consider a p-n-p transistor in CE configuration with Vcc bias in the collector circuit as shown in the above figure.

Transconductance gm is given as, 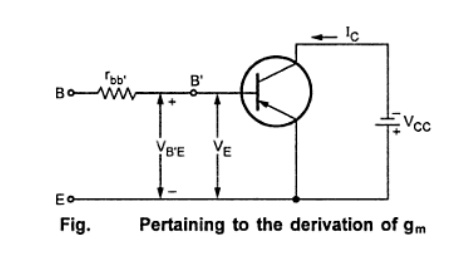 The collector current in active region is given as, 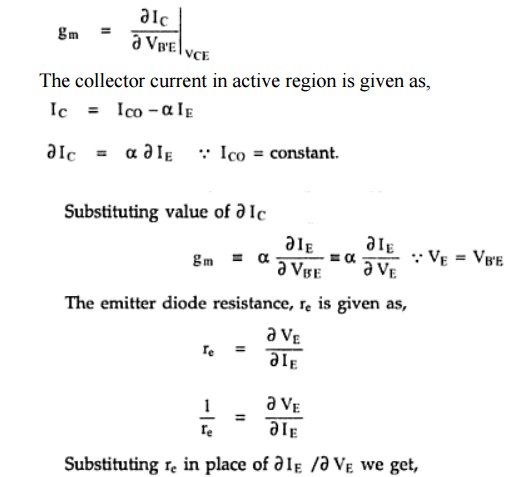 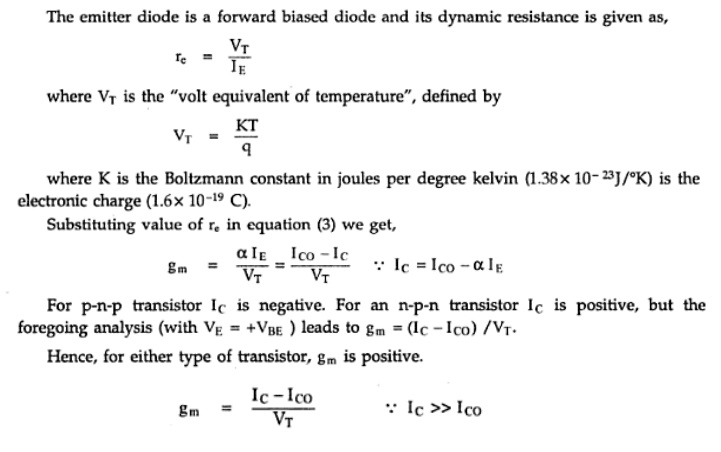 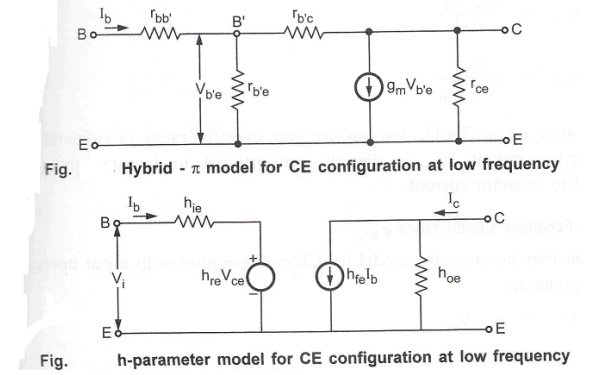 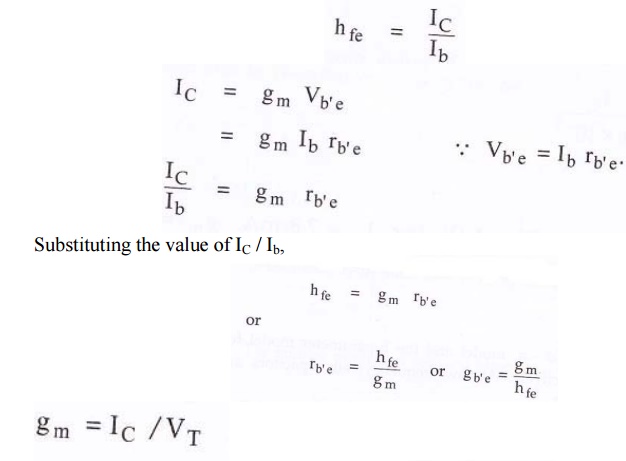 Let us consider h-parameter model for CE configuration with input open circuit (Ib = 0), Vi is given as,

Voltage between b’ and e, Vb’e can be given as, 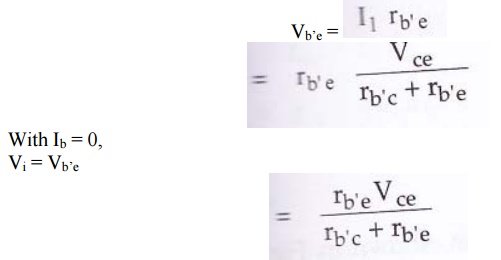 Substituting the value of Vi, 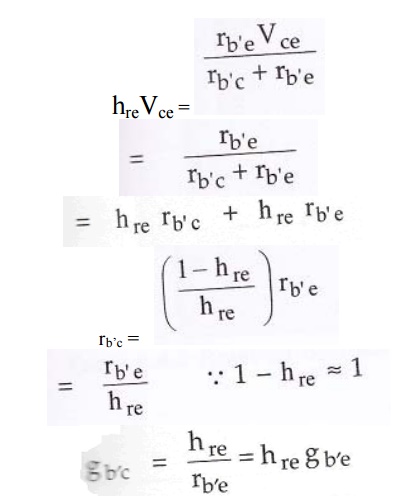 Substituting the value of rb’e, 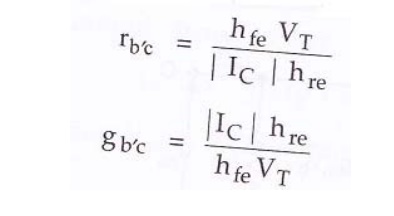 Using h-parameters output conductance is given as,

Applying KCL to the output circuit,

Relation between hybrid-π and h-parameters:

Fig. Hybrid- π model for a single transistor with a resistive load RL 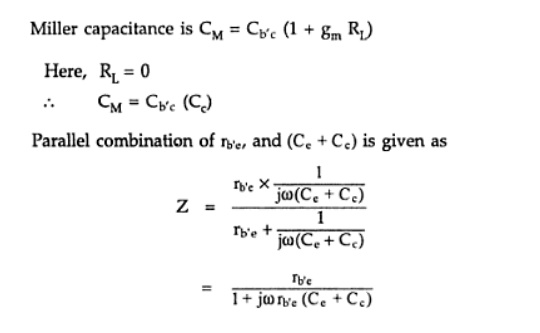 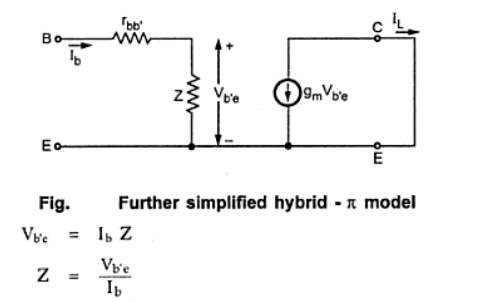 The current gain for the circuit is, 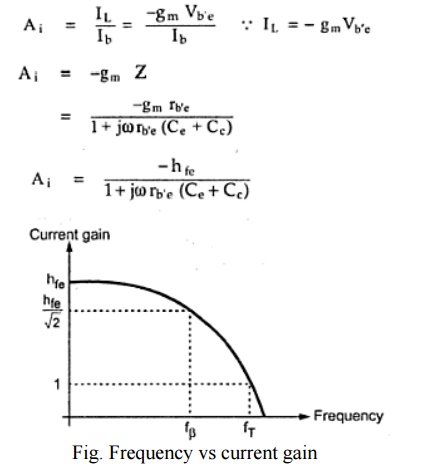 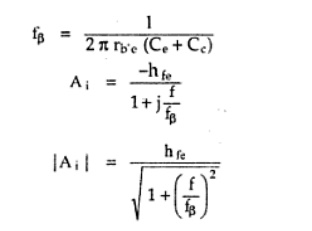 It is the frequency at which the transistor short circuit CE current gain drops by 3dB or 1/√√2 times from its value at low frequency. It is given as,

It is the frequency at which the transistor short circuit CB current gain drops by 3dB or 1/√√2 times from its value at low frequency.

The current gain for CB configuration is given as, 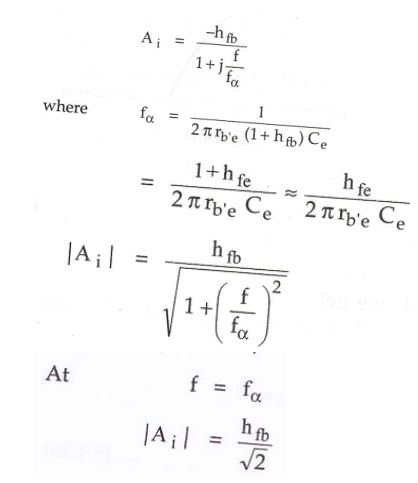 It is the frequency at which short circuit CE current gain becomes unity. 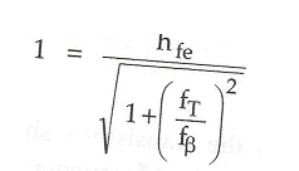 The ratio of fT / fβ is quite large compared to 1. 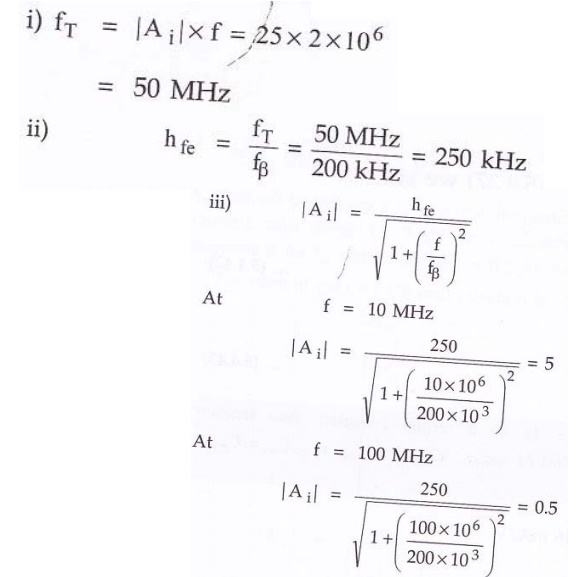 At output circuit value of Cc can be calculated as, 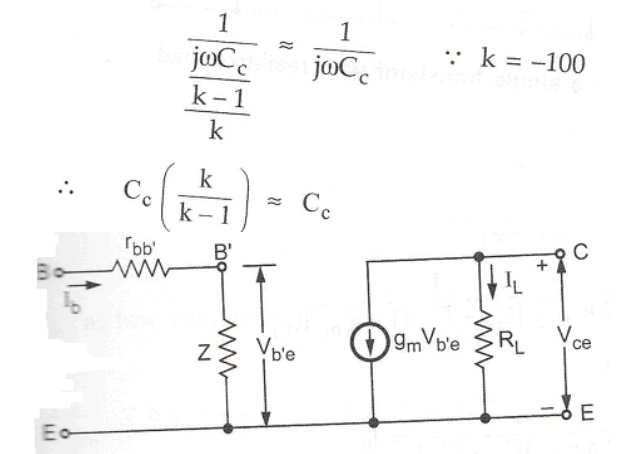 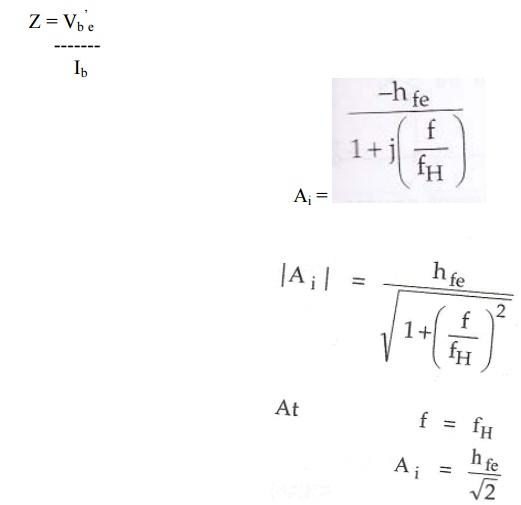 fH is the frequency at which the transistor gain drops by 3dB or 1/√2 times from its value at low frequency. It is given as 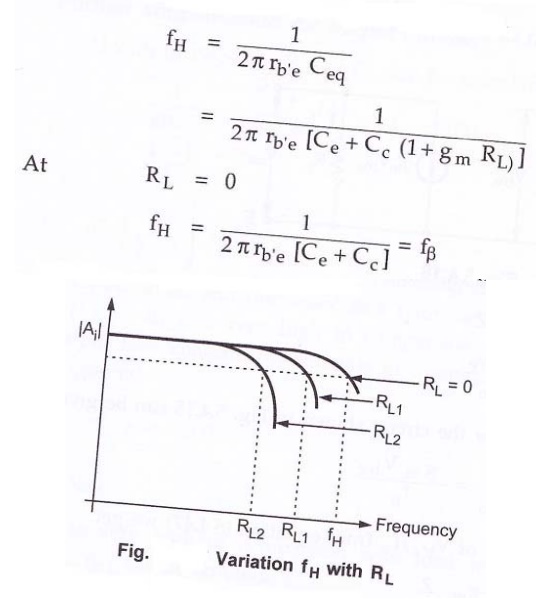 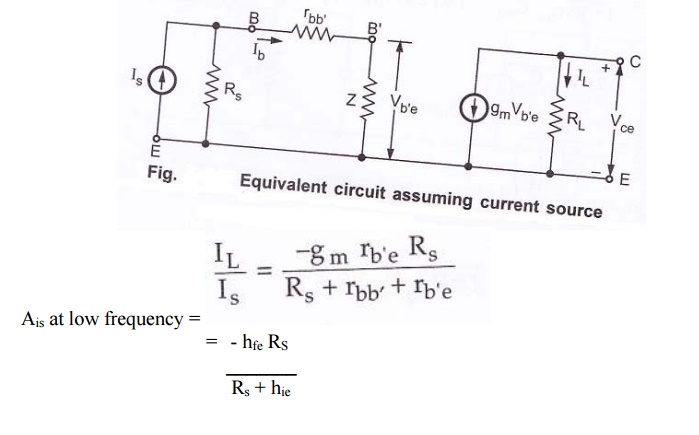 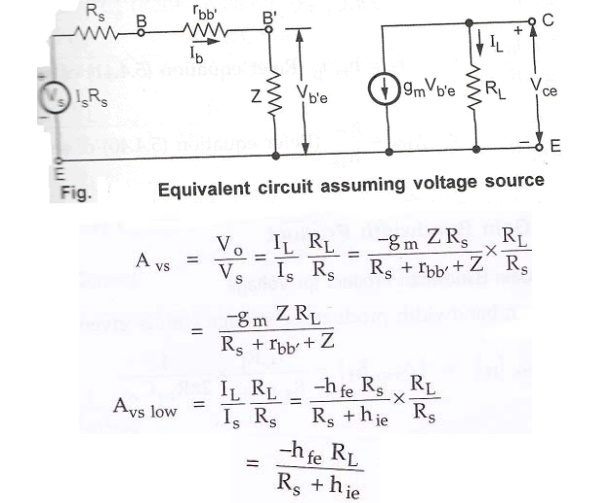 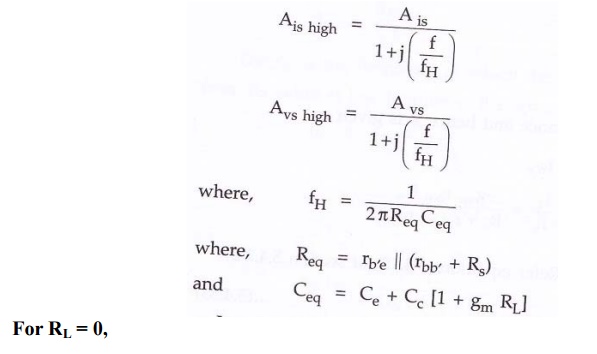 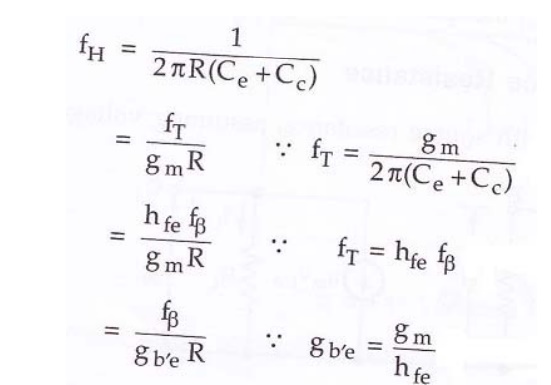 i. Gain Bandwidth Product for Voltage: