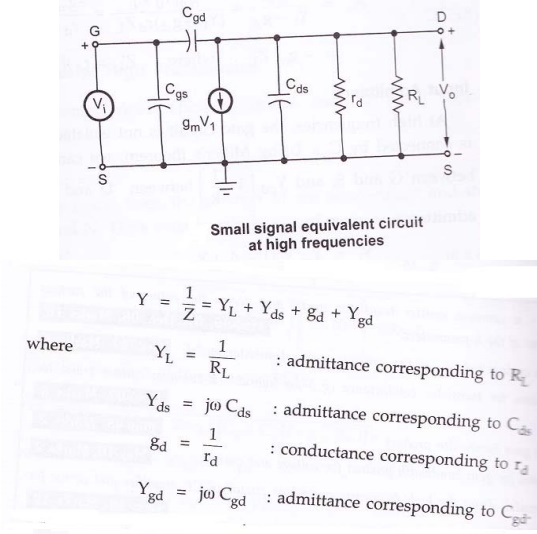 This increase in input capacitance Ci over the capacitance from gate to source is called Miller effect.

From above figure, the output impedance is obtained by looking into the drain with the input voltage set equal to zero. If Vi = 0 in figure, r d ,Cds and Cgd in parallel. Hence the output admittance with RL considered external to the amplifier is given by

The output voltage Vo can be found from the product of the short circuit and the impedance between terminals S and N. Voltage gain is given by,

Input Admittance Yi can be obtained by applying Miller’s theorem to Cgs.

It is given by,

Output Admittance Yo with Rs considered external to the amplifier, it is given by

At low frequencies, output resistance Ro is given by,

Let us consider a typical common source amplifier as shown in the above figure. 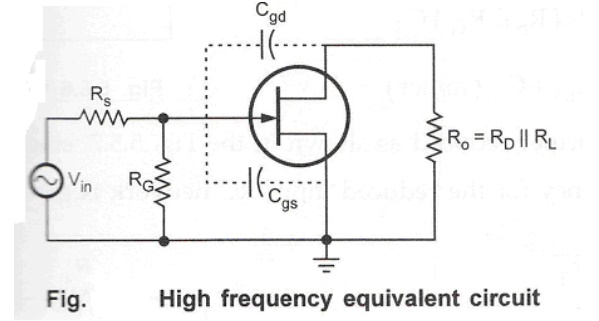 The internal capacitance Cgd can be splitted into Cin(miller) and Cout(miller) as shown in the following figure. 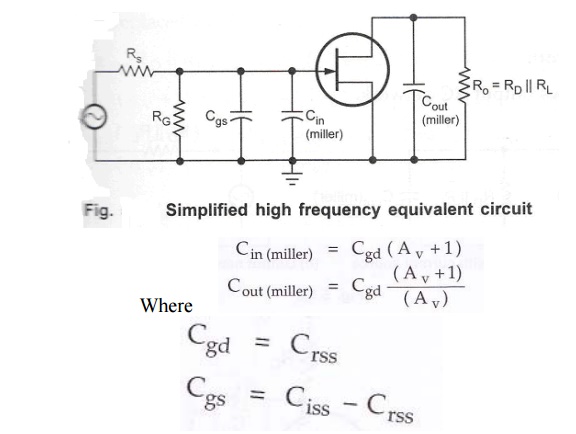 This network is further reduced as follows since Rs<< RG 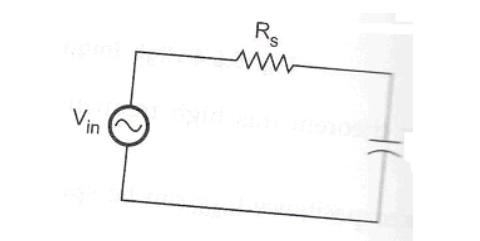 The critical frequency for the reduced input RC network is, 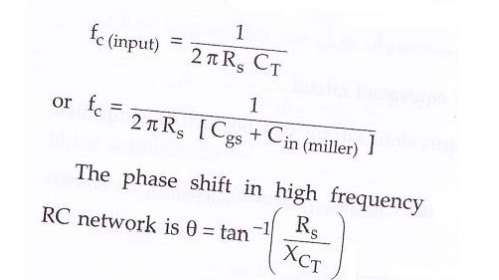 The critical frequency for the above circuit is,

It is not necessary that these frequencies should be equal. The network which has lower critical frequency than other network is called dominant network.

The phase shift in high frequency is

Determine the high frequency response of the amplifier circuit shown in the following figure.

the given amplifier circuit. This is required to calculate Cin(miller) and Cout(miller).

Here RD should be replaced by RD || RL Av=

Now analyze the input and output network for critical frequency, 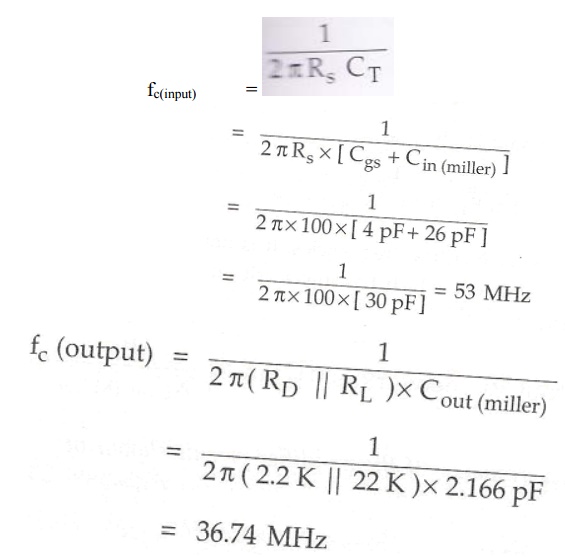 The above analysis shows that the output network produces the dominant higher critical frequency. High frequency response of the given amplifier is shown in the following figure 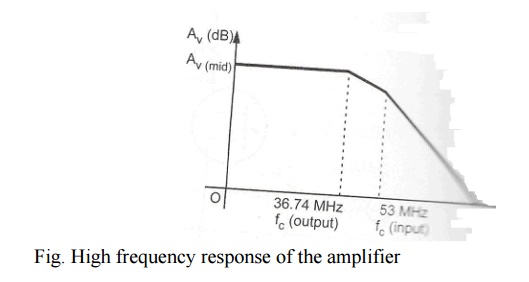