Historical Background of Commerce in the Sub-Continent

Commerce has been in practice since time immemorial. It is part and parcel of human life, whether it is a king or a common man.

HISTORICAL BACKGROUND OF COMMERCE IN THE SUB-CONTINENT

Commerce has been in practice since time immemorial. It is part and parcel of human life, whether it is a king or a common man. It emerged as an economic activity, mainly as barter system which means exchange of goods for goods. It was so comfortable for neighbouring villages, states, even countries to practice barter in the absence of a medium of exchange in the form of money today. However, the concept of money occupied its predominance when scarce resources were to be either exchanged between parties in need or countries in demand and over    a period of time barter economy took the dimension of monetary economy where money was used as a medium of exchange of goods and services.

The growth of civilization witnessed the rise and fall of many dynasties, but still the course of commerce activities continued further and further, not only within a country, but also between nations of the world. However Tamil Nadu remained  to be the founder of trade and commerce both within and outside as evidenced in various ancient literatures like Sangam.

The whole of commerce activity emerged from barter system into a multi dimensional and multifaceted scientific system consisting of courses like Monetary system, Mail-order business, Hire purchase system, Instalment purchase system and so on. In a technology driven society today again the course of commerce activities is heading for a cashless system through e-commerce, which means business activities enabled through electronic modes like Online trading, Mobile banking and e-marketing.

In this context, it is all the more important for any student to learn the historical background of the growth and development of commerce in the country in general and in Tamil Nadu  in  particular.  An  attempt is made in this chapter to explain such a history so as to ascertain the magnitude of commerce today.

The earliest trading population of India  was Indus valley people, who used the word ‘trade’. The word vaniyam or vanipam would have had a Dravidian origin. The early Tamils produced their products and goods in their lands and bartered their surplus and that is how trade came into existence. The word ‘Vanigam’ has been widely used in sangam literature like Purananuru and Thirukkural. The Tamil – Brahmi inscriptions from Alagarmalai, Pugalur, Mangulam and Sri Lanka illustrate the fact that trade in gold, oil, plough, cloth etc.was conducted during the early age.

Trade in Sangam period was both internal and external but it was conducted by means of barter (pandamattru) Trade was one of the major means of linking various regions in the medieval period. Sangam work refers to great traders, their caravans, security force, markets, marts and guilds of such great traders. The important articles which the then hilly tribes offered to their neighbours in exchange were honey and roots and fruits while pastoral people offered cattle, milk and milk products. Cattle served as money for sometimes during the same period. Most of the inland trade was done in salt as a medium of exchange under barter mode. Paddy too served as a medium of exchange for a certain period. There was dependence and interdependence  among  the  people  in matters of trade and commerce. Barter system cemented their relationship internally while coins were used later for the purpose of exchange of goods in external trade.

Trade and Traders in The Pandiya Dynasty

Trade and commerce was so common to Pandiya Dynasty. Information collected from the diaries of foreign travellers, voyagers, mariners and adventurers of the ancient world highlighted the prosperity of trade in the Pandiya country. The Hebrew and Latin literature, archaeological remains in Aden, Alexandria, Java, Sumatra and even China add support to the fact of existence of trade network in the Pandiya country. Trade in copper, cloth, salt, flower, sandal wood, fish, paddy, cereals, pearls, etc flourished during their period. The place where the goods were sold was called ‘Angadi’ in their period. Day market was called as Nalangadi while the night market was called as Allangadi according to Saint Poet Ilango in Silapathigaram, Madurai– Kanchi. He described Madurai as iruperu neyamath meaning sleepless city due to round the clock business activities.

Big cities like Poompuhar had the ‘Maruvurappakam’ (inland town) and ‘Pattinapakkam’ (coastal Town), had market and bazaars where many merchants met one another for the purpose of selling or buying different kinds of commodities and food stuff. Port towns like Tondi, Korkai, Puhar and Muziri were always seen as busy with marts and markets with activities  related to imports and exports. In such a brisk trade, people of the coastal region, engaged themselves in coastal trade and developed their intercontinental trade contacts. They were engaged in different kinds of fishing pearls, and conches and produced salts and built ships. Boats like ‘Padagu’, ‘Thimil’, ‘Thoni’, ‘Ambu’ ‘Odampunai’ etc… were used to cross rivers for domestic trade while Kalam, Marakalam, Vangam, Navai etc.. were used for crossing oceans for foreign trade.

Role of the Government during Ancient Tamil Nadu

Foreigners who transacted business were known as Yavanars. Arabs who traded with Tamil were called ‘Jonagar’. Pattinappalai praised Kaveripumpattinam as a city where various foreigners of high civilization speaking different languages assembled to transact business with the support of the then Kingdom.

The role of the State in trade related to two aspects  namely  adequate  infrastructure  to sustain the trade and administrative machinery for taxation. During the Sangam period, the main trade routes were passing through thick forests over western ghats. The State protected the merchant caravans on these trade routes from robbers and wildlife. 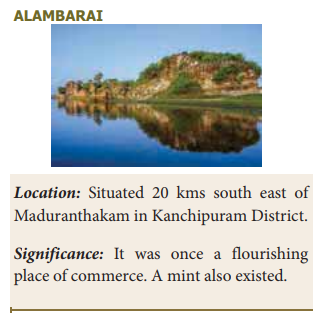 Main roads known as Peruvali were built for surface transportation. Besides state expanded infrastructure for shipping such as ports, lighthouse, warehouse etc.. to promote overseas trade. Many such ports were developed during the Sangam period. Kaveripumpattinam was the chief port of the Kingdom of Cholas while Nagapattinam, Marakannam, Arikamedu etc. were other small ports on east coast. Similarly Pandiyas developed Korkai, Saliyur, Kayal, Marungaur pattinam and Kumari for foreign  trade. The State Govertments installed check posts to collect customs along the highways and the ports.

Contribution of  ‘Kautilya’ to Trade

‘’Kautilya’s Arthasastra” describes economy in Mauriyan time. This brought out history of marketing practised some 2000 years ago. According to Kautilya, trade in Medieval India was centralized. Since the commodities produced could not be sold in the location of production, the state designated certain places for selling the commodities. It levied duties on goods brought into the city and could be sold after payment of duty. Only certain merchants were authorized to engage in trade to sell at prices fixed by the chief controllers of State Trading.

The profit margin allowed for traders ranged between 5 per cent for indigenous goods and 10 per cent for imported goods. Import of foreign goods was encouraged to enhance the standard of living of people. Kautilya gave importance for the State in relation to treasury, taxation, industry, commerce, agriculture and conservation of natural resources. Arthasathra focused on creation of wealth as the means to promote the well being of the state. 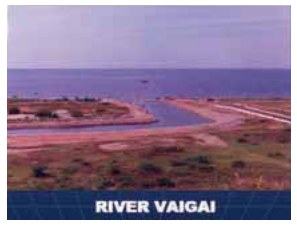 He advocated maintenance of perfect balance between State management and people’s welfare through trading activities.

Commerce and Trade in North India

Alauddin Khilji brought the price to a very low ebb. He encouraged import of foreign goods from Persia and subsidised the goods. Arabs were dominant players in India’s foreign trade. They never discouraged Indian traders like Tamils, Gujaratis, etc.. The Trade between the coastal ports were in the hands and Marwaris  and  Gujiratis. The overland trade with central and west Asia was in the hands of Multanis who were Hindus and Khurasanis who were Afghans, Iranians and so on. During Sultanate period, trade flourished due to the establishment of currency system based on silver and copper. Moorish traveller described the teeming market of big cities in the Gangetic plains, Malwar, Gujarat and South India. The important trade centres were Delhi, Mumbai, Ahmedabad, Sonar, Sonargoon, Jaunpur, Lahore  and  so on. The burgeoning foreign  trade led  to the development of market  place  in the towns and villages. India’s handicraft commanded a good foreign market. India imported horses, dry fruits, precious stones, glassware, high grade textiles, raw silk, corals, scented oil, velvets, etc.. from Kabul, Arabia, Europe, West Asia and China. Indian products were exported to East Africa, Malaya, China and Far East. Trade was conducted through overland roots with Afghanistan, Central Asia and Persia India conducted foreign trade via land route with Quetta, Khyber pass, Iraq and Bukhara. The traders of Malabar, Gujarat and foreign settlers  in  the  ports of Calicut, Khumbat and Mangalore controlled a major business sector in port cities.

Trade with Rome, China and Europe

Roman and Greek traders frequented the ancient Tamil country and forged trade relationship with ancient Kings of Pandiya, Chola and Chera dynasties. Cholas had a strong trading relationship with Chinese Song Dynasty. The cholas conquered the Sri Vijaya Empire of Indonesia and Malaysia to secure a sea trading route to China.

During the 16th and 18th centuries, India’s overseas trade expanded due to trading with European companies. The discovery of new all - sea routes from Europe to India via Cape of Good Hope by Vascoda Gama had far – reaching impact on the civilized world.  The  arrival  of  Portuguese  in India was followed by the advent of other European communities. India’s maritime trade was a monopolized one over Europeans and at one stage the global trade share of India was 55 per cent which is just 2 per cent in 21st century. The European merchants who came to India were not only individual merchants but also represented their respective governments. They gained a strong foothold in India’s maritime trade by virtue of their strong naval power. In course of time their commercial motives turned into territorial ambition like the  East India Company which became the British Empire here.

Textiles and ship building earned name and fame in the 17th and 18th centuries. Britishers gradually abolished Princely order in the Indian territories. Thus the demand for Indian goods declined during the British rule. Britishers put in place policies prohibiting the export of some of the popular goods like Indian textile goods, handicrafts, to Great Britain. Between early 1600 and mid – 19th century, the British East India company led establishment and expansion of foreign trade all over Asia. Although initial interest of the East India Company was aimed at reaping profits, their single minded focus was on establishing a trade, monopoly throughout Asia Pacific made them heralding agent of British Colonial Imperialism.