Chapter: Introduction to Human Nutrition: A Global Perspective on Food and Nutrition

It is a major tragedy that millions of people currently live with hunger, and fear starvation.

It is a major tragedy that millions of people currently live with hunger, and fear starvation. This is despite the fact that food security or “access for all at all times, to a sustainable supply of nutritionally adequate and safe food for normal physical and mental develop-ment and healthy, productive lives” is a basic human right embedded in the constitution of most develop-ing countries. It is also despite the fact that sufficient food is produced on a global level. Food

Food insecurity: when people live with hunger, and fear starvation. Food  security:  access  for  all,  at  all  times,  to  a  sustainable, affordable supply of nutritionally adequate and safe food for normal physical and mental development and healthy, productive lives. 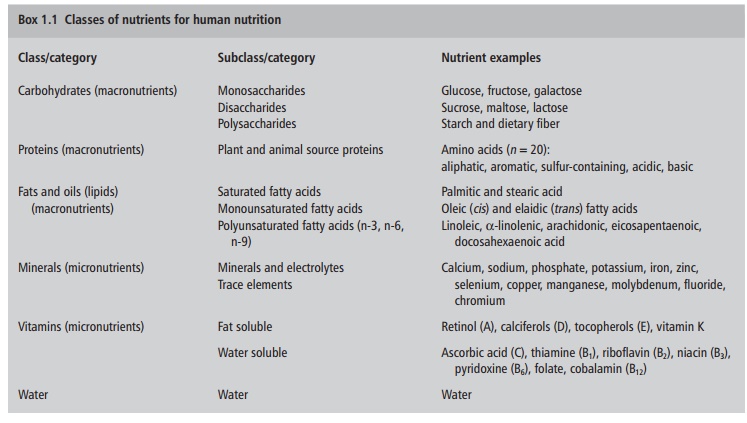 insecurity is an obstacle to human rights, quality of life, and human dignity. It was estimated that, during the last decade of the twentieth century, 826 million people were undernourished: 792 million in develop-ing countries and 34 million in developed countries. In developing countries, more than 199 million chil-dren under the age of 5 years suffer from acute or chronic protein and energy deficiencies. An estimated 3.5–5 billion people are iron deficient, 2.2 billion iodine deficient, and 140–250 million vitamin A defi-cient. This has led to several global initiatives and commitments, spearheaded by a number of United Nations organizations, to reduce global undernutri-tion, food insecurity, hunger, starvation, and micro-nutrient deficiencies. Some progress has been made in reducing these numbers, but the problems are far from solved. Some of the initiatives are:

●        the 1990 United Nations Children’s (Emergency) Fund (UNICEF)-supported World Summit for Children, with a call to reduce severe and moderate malnutrition among children under 5 years of age by half the 1990 rate by the year 2000, including goals for the elimination of micronutrient malnutrition

●      the establishment in 1997 of the Food Insecurity and Vulnerability Information and Mapping System (FIVIMS) and their Interagency Working Group (IAWG), which consists of 26 international organi-zations and agencies with a shared commitment to reduce food insecurity and vulnerability and its multidimensional causes rooted in poverty; infor-mation about these initiatives can be accessed at: http://www.fao.org/

Millennium Development Goals: the United Nations articulated eight goals, ranging from halving extreme poverty and hunger, halting the spread of the human immunodeficiency virus (HIV)/acquired immuno-deficiency syndrome (AIDS) and providing univer-sal primary education, to be reached by the target date of 2015; the blueprint of these goals was agreed to by all the world’s countries and leading develop-ment institutions.

A 2001 report from the FAO indicated that in 1997–1999 there were 815 million undernourished people in the world, of whom 777 million were in developing countries, 27 million in transitional coun-tries and 11 million in the industrialized countries. The annual decrease in undernourished people from the 1990–1992 period was 6 million. To reach the World Food Summit’s goal of halving the number of undernourished in developing countries by 2015, it is estimated that the annual decrease required is 22 million.

Clearly, this is a huge challenge for food and nutri-tion scientists and practitioners. It would need a holistic approach and understanding of the complex, interacting factors that contribute to malnutrition on different levels. These include immediate, intermedi-ate, underlying, and basic causes:

●household level or intermediate causes: family size and composition, gender equity, rules of distribu-tion of food within the household, income, avail-ability of food, access to food

To address these causes of undernutrition food-insecure and hungry communities and individuals must be empowered to be their own agents of food security and livelihood development. Complicating the task of fighting food insecurity and hunger are natural disasters such as droughts, floods, cyclones and extreme temperatures, ongoing wars and regional conflicts, as well as the devastating impact of HIV and AIDS, especially in sub-Saharan Africa.

In many developing countries, indigenous people have changed their diets and physical activity patterns to those followed in industrialized countries. Supple-mentary feeding programs in these countries have often been associated with increasing trends towards obesity, insulin resistance, and the emergence of chronic diseases of lifestyle in some segments of these populations, while other segments are still undernourished.