Functions and their graphs

Anything which can be performed on basic mathematical operations like addition, subtraction, multiplication and division is called a quantity.

Functions and their graphs

Anything which can be performed on basic mathematical operations like addition, subtraction, multiplication and division is called a quantity.

A quantity which retains the same value throughout a mathematical investigation is called a constant.

(i). Absolute constants are those which do not change their values in any mathematical investigation. In other words, they are fixed for ever.

Example: In an equation y=mx+4, m is called arbitrary constant.

A variable is a quantity which can assume different values in a particular problem. Variables are generally denoted by the letters x, y, z, ...

Example: In an equation of the straight line

x and y are variables because they assumes the co-ordinates of a moving point in a straight line and thus changes its value from point to point. a and b are intercept values on the axes which are arbitrary.

There are two kinds of variables

i. A variable is said to be an independent variable when it can have any arbitrary value.

ii. A variable is said to be a dependent variable when its value depend on the value assumed by some other variable.

“x” is the independent variable,

“y” is the dependent variable and

5. Neighbourhood of a point

L et X and Y be two non-empty sets of real numbers. If there exists a rule f which associates to every element x Î X, a unique element y Î Y, then    such a rule f is called a function (or mapping) from the set X to the set Y. We write f : X -- >Y.

A function of x is generally denoted by the symbol f(x), and read as “function of x” or “f of x”.

Functions can be classified into two groups.

Algebraic functions are algebraic expressions using a finite number of terms, involving only the algebraic operations addition, subtraction, multiplication, division and raising to a fractional power.

8. Even and odd functions

If two variables x and y are connected by the relation or function f(x, y) = 0 and none of the variable is directly expressed in terms of the other, then the function is called an implicit function.

If k is a fixed real number then the function given by f(x) = k for all x Î R is called a constant function.

A function that associates each real number to itself is called the identity function and is denoted by I. 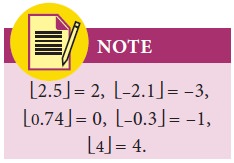 The function whose value at any real number x is the smallest integer greater than or equal to x is called the least integer function. It is denoted by x .

Remark : Function’s domain is R and range is Z [set of integers]

To draw the graph of a function, we find a sufficient number of ordered pairs (x , f(x)) belonging to the function and join them by a smooth curve. 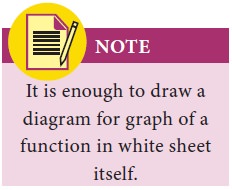 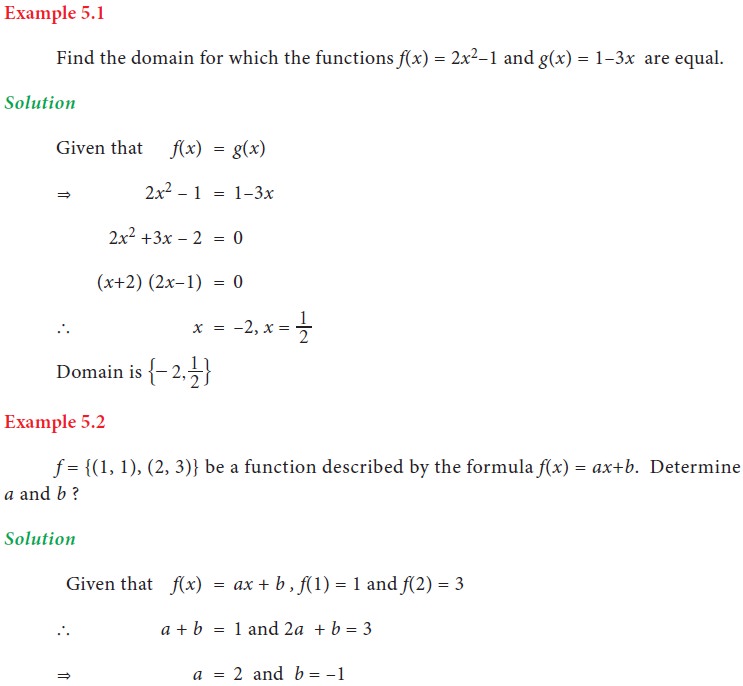 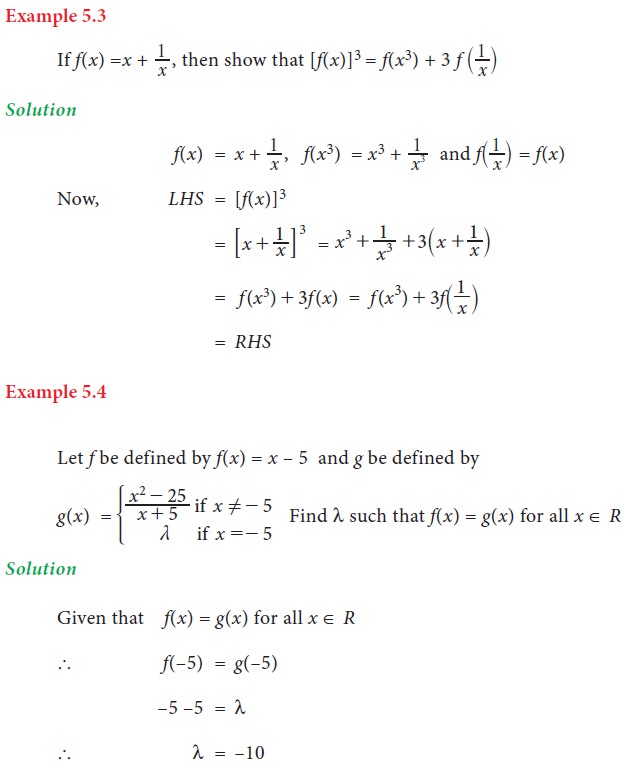 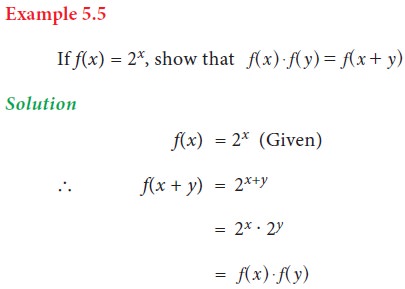 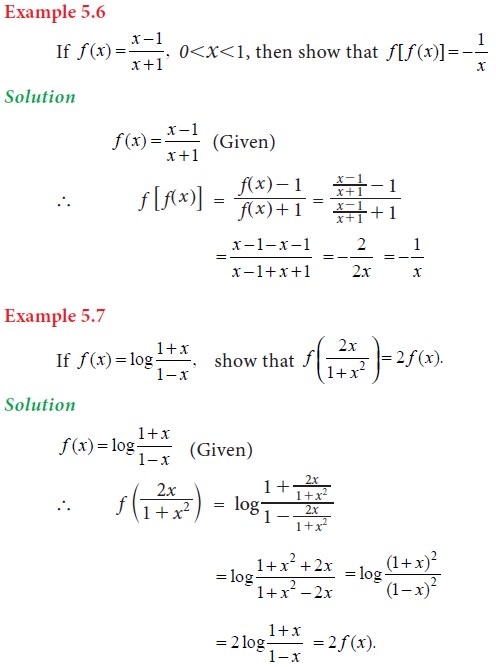 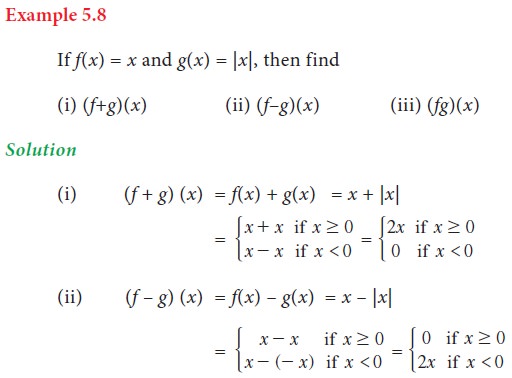 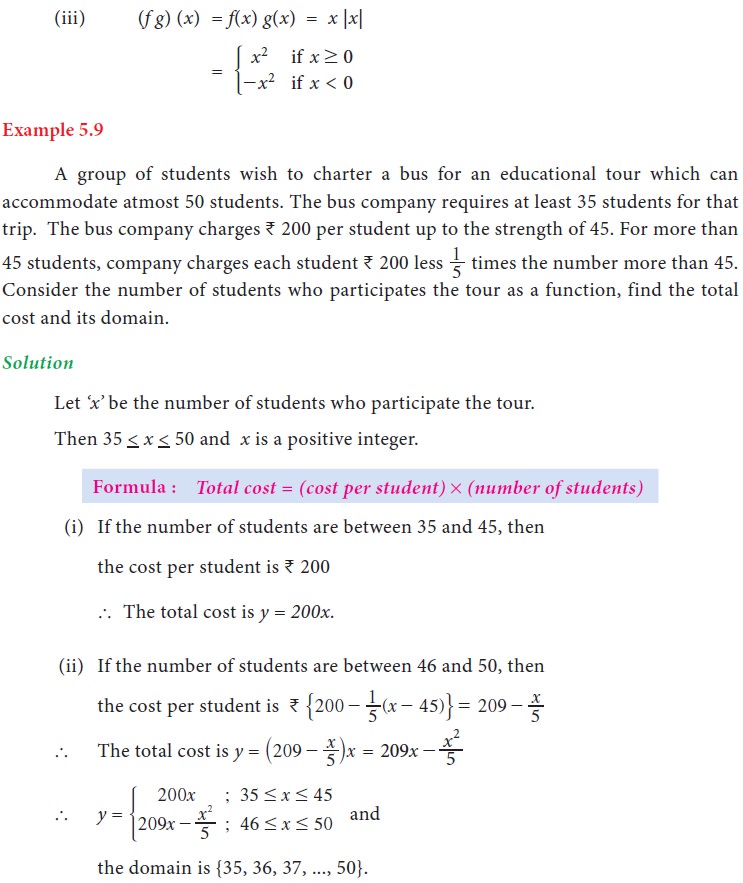 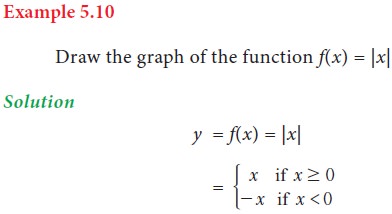 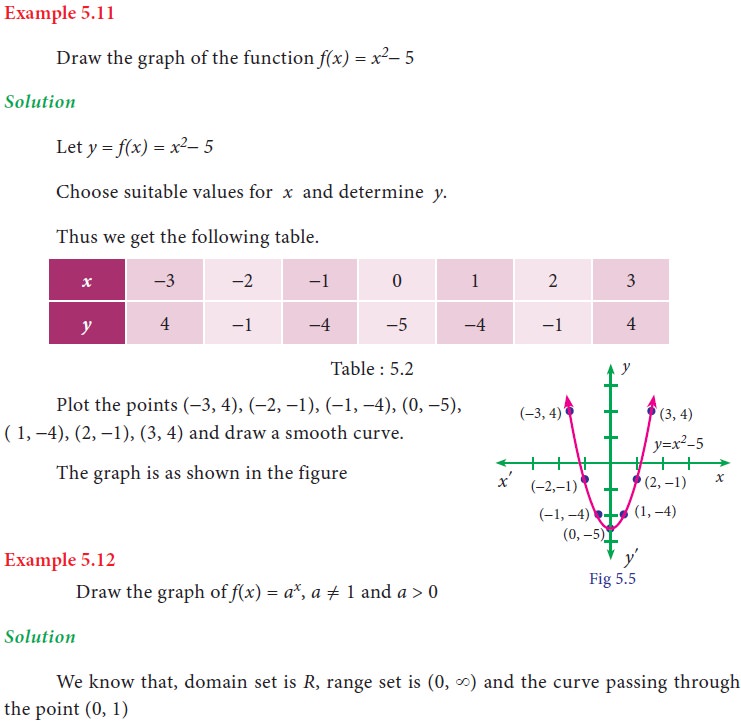 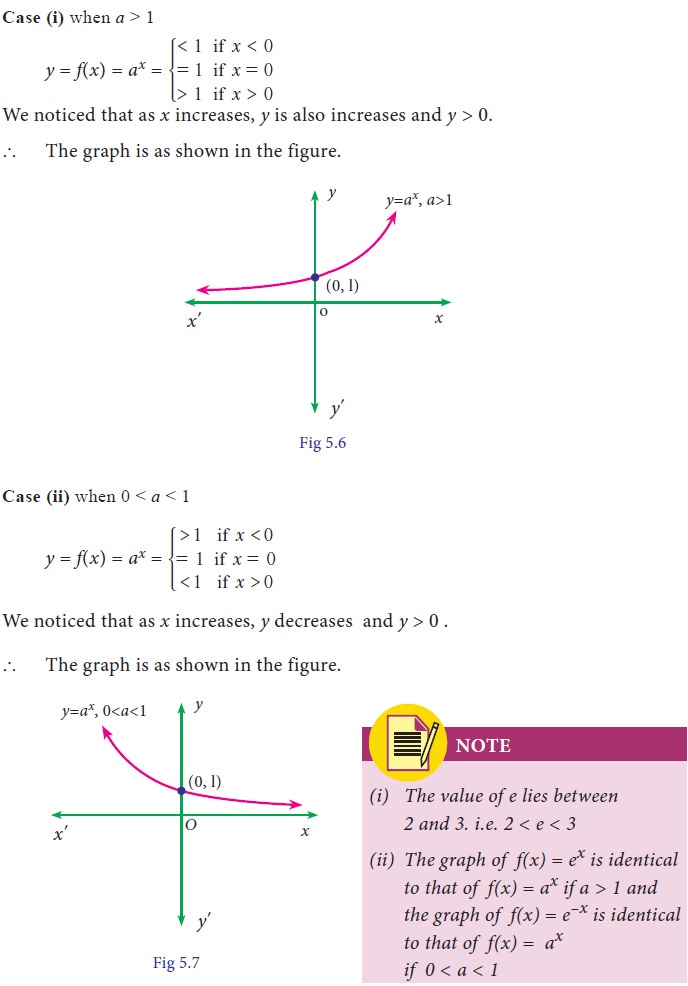 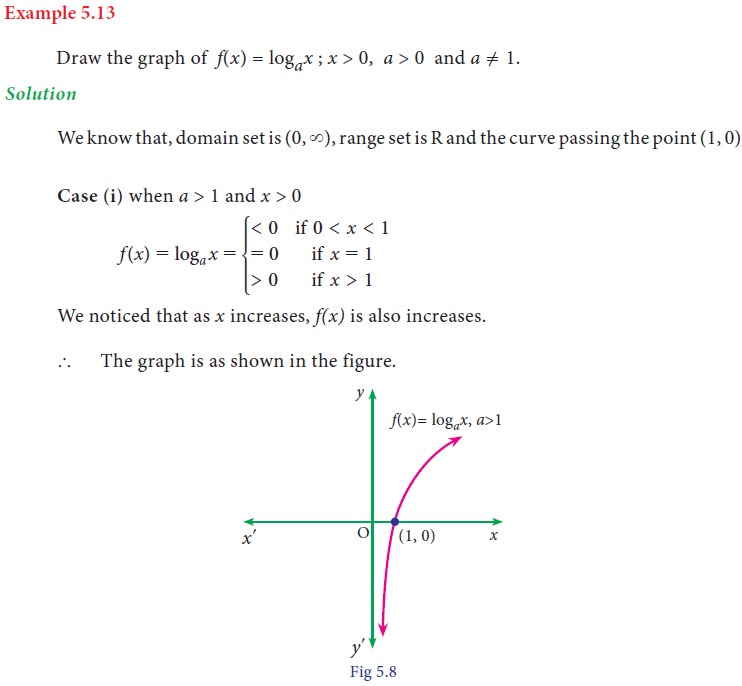 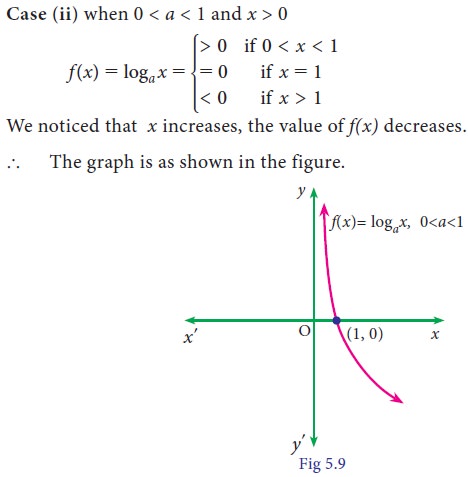 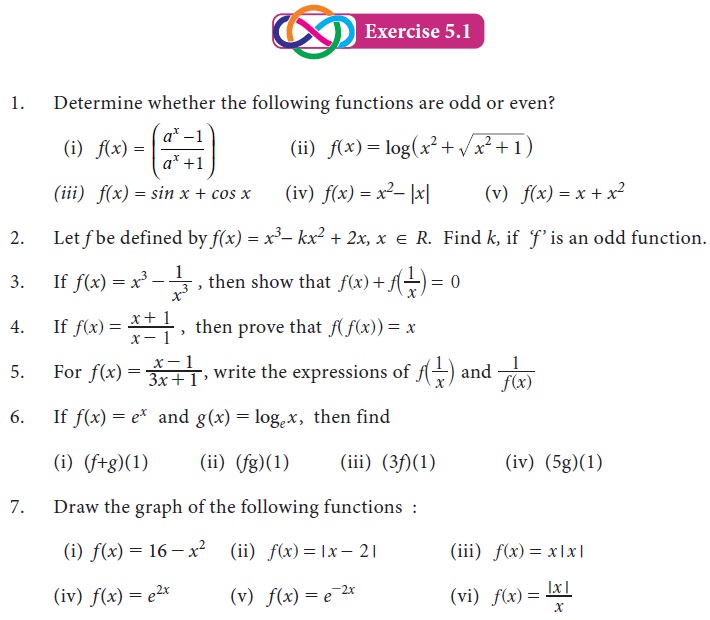