From A Railway Carriage

From A Railway Carriage - Poem by Robert Louis Stevenson

From A Railway Carriage

* What do you think the poem is about?

* Have you been on a train?

* Close your eyes and think about the moving scene outside a train window.

* Take turns in class to describe one image that crossed your mind.

eg. I saw a tea vendor run past the window; I saw tall trees flash past...

Bridges and houses, hedges and ditches;

All through the meadows the horses and cattle:

All of the sights of the hill and the plain

Fly as thick as driving rain;

And ever again, in the wink of an eye,

Here is a child who clambers and scrambles,

All by himself and gathering brambles;

Here is a tramp who stands and gazes;

And there is the green for stringing the daisies!

Here is a cart run away in the road,

Lumping along with man and load;

And here is a mill and there is a river:

Each a glimpse and gone forever!

Stringing -Hang so that it stretches in a long line 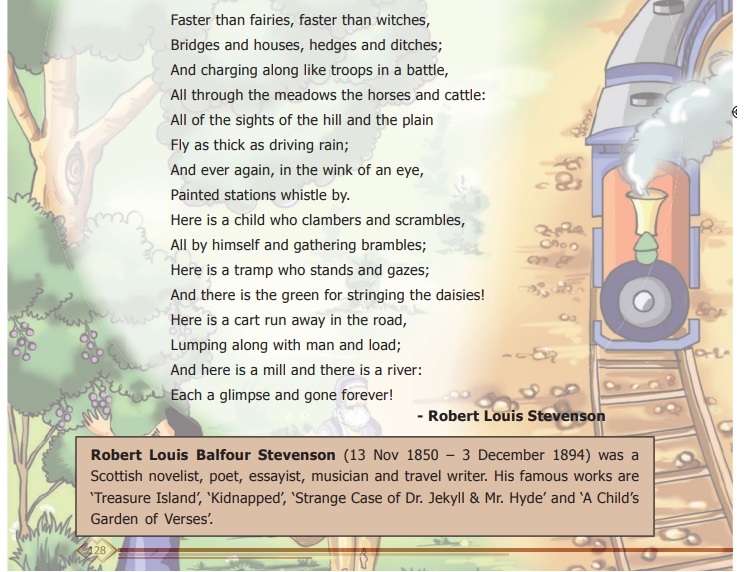