Learning Objectives Childern will be able to: * know the freedom fighters of Tamil Nadu * understand their contribution in freedom movement.

Childern will be able to:

* understand their contribution in freedom movement. 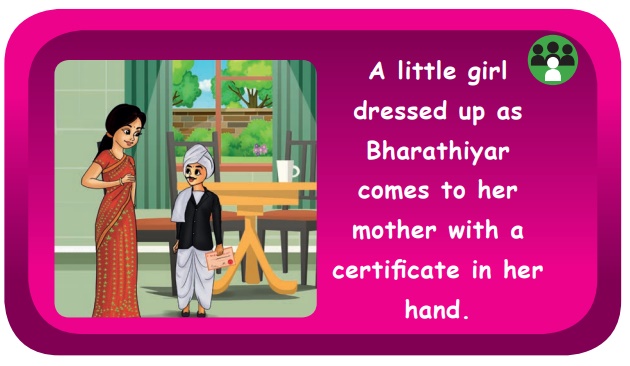 A little girl dressed up as Bharathiyar comes to her mother with a certificate in her hand.

Meena : Mom, I am so happy. I won the first prize in the fancy dress competition today.

Mother : Very good. I am proud of you, Meena.

Mother : How was the Independence Day celebrated in your school?

Meena : It went very well. My teachers appreciated me for my speech as Bharathiyar.

Mother : Well done. I missed your performance as Bharathiyar.

When do we celebrate our Republic Day? 26 January 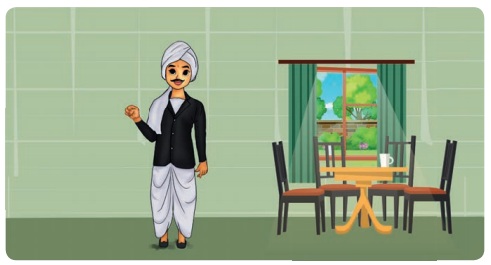 Meena : I am Subramaniya Bharathi. I am a poet and a freedom fighter of Tamil Nadu. I was born in a village called Ettayapuram in Tirunelveli District. I started writing poems at the age of seven. My poems are patriotic and it is all about gender equality and women empowerment. I worked as a teacher. Then I became the Assistant editor of the Swadesamitran newspaper in 1904. I also met Mahatma Gandhi in 1919. I worked with many Tamil leaders like V.O. Chidambaram and Subramanya Siva. My poems Vande Matharam, Acham Illai, Enthaiyum Thaayum and Jaya Bharatham motivated people to join the freedom struggle movement. Thank you!

Mother : Excellent, Meena. You spoke very well. Bharathi was indeed a great freedom fighter and one can‛t forget his contribution for the freedom struggle.

Meena : True. I also learnt about other freedom fighters of Tamil Nadu today.

Mother : Oh, is it? Tell me what you learnt. 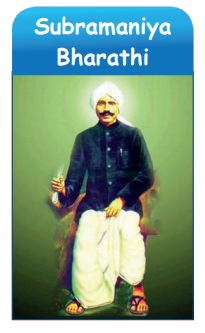 The title Bharati, a name of the Goddess of Knowledge, was conferred upon him at the age of eleven by the court of Ettayapuram for his ability to compose poems on any subject, at any moment. 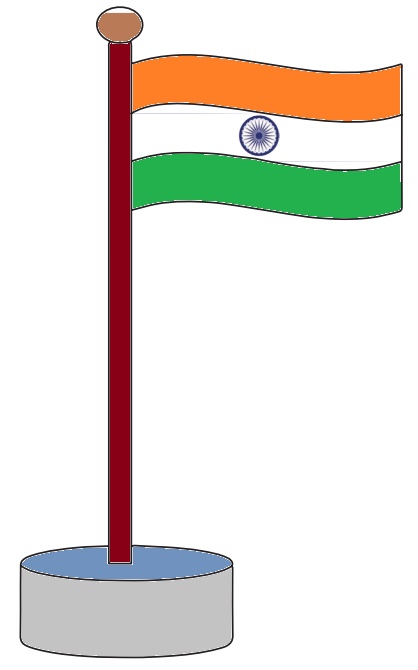 Meena : One of my friends dressed up as V. O. Chidambaram . 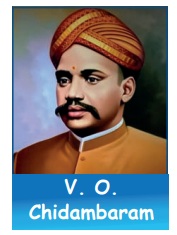 Meena : Yes. He was born in Tuticorin. He was a lawyer and was also a good orator. He took part in the Indian Independence movement.

Mother : Meena, did you know that V.O. Chidambaram started the first Indian shipping company. It was called Swadeshi Shipping Company. 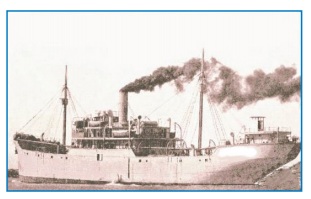 Mother : You are right. Though he was in the jail, he continued to fight for India‛s Independence. His patriotism inspires many people even today. 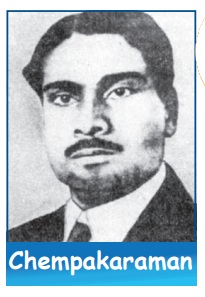 Meena : Yes, mom. Then, I learnt about Chempakaraman . He was born in Tuticorin.

Mother : Yes. During his school days, he met a British biologist, SirWalter Strickland, who took him to Austria. Chempakaraman completed his schooling in Austria.

Meena : Though he grew up in a foreign land, he was still very patriotic.

Mother : That‛s right. Champakaraman established an organization called International Pro India Committee at Zurich before the outbreak of the World War I. During the war, Champakaraman intensified his revolutionary ideologies. He also joined the Indian Independence Committee in Berlin.

Meena : My teacher told that he coined the slogan ‘Jai Hind‛ which is used till today. 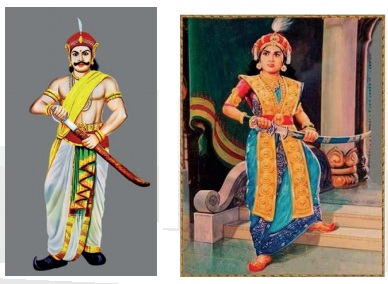 Meena : Then, I learnt about Subramania Siva.

Mother : He was a freedom fighter and a creative writer.

Meena : Yes, mom. He was born in Dindigul and was very passionate about Tamil. 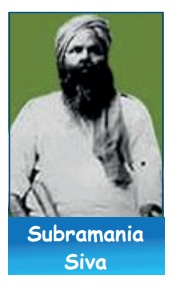 Meena : He inspired many young people to join the freedom movement. This angered the British and they sent him to jail.

Mother : Even though he was in the jail, he continued his work for the freedom movement.

Mother : Did you learn about Tiruppur Kumaran? 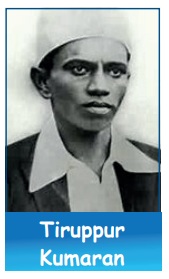 Meena : Of course. He was born in Tiruppur. During his young age, he actively involved himself in the freedom movement.

Meena : During the protest against the British, he died holding the National flag of India. So, he is called Kodikaththa Kumaran.

Mother : You are right.

Meena : I am very much inspired after knowing all these freedom fighters of Tamil Nadu.

Mother : Yes. Their patriotism towards India and the contribution to Independence can never be forgotten.

Meena : They inspire and motivate us to be better citizens and serve our country.

Mother : You are right. 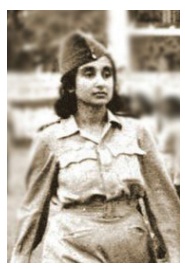 Lakshmi Sahgal was a revolutionary of the Indian independence movement. She was an officer of the Indian National Army. She is commonly called Captain Lakshmi.

* Many freedom fighters from Tamil Nadu made their contributions to India's freedom.

* Subramaniya Bharathi was a poet and a freedom fighter of TamilNadu.