After learning this lesson, students will be able to * define movements and actions *define force * know different types of forces * know the force of friction * understand the need and significance of frictional force

After learning this lesson, students will be able to

* know the force of friction

* understand the need and significance of frictional force

In our daily life, we do different actions such as pushing, pulling, twisting and turning. By doing these actions we move or change the shape of an object.

* Change in position of an object is called movement.

* Action is the motion which gives the required result.

The player hits the ball with hockey stick,

In the above pictures,

The ball, The cycle.

What is the action?

Hitting the ball , Riding the bicycle.

When an object or a thing moves from one place to another, it is said to be in motion.

Force is a push or a pull on an object which make it move, changes its shape or stops it from moving.

* Force involves an interaction between two or more objects.

* Force can lift or drop an object.

Without force, we can‛t move any object.

Look and say: What kind of actions do the pictures denote?

When a force is applied in the direction of an object, it is calles push.

Look and say: What kind of actions do the pictures say?

Put a tick (✓) mark for the pictures of motion.

Classify the following - Push or Pull?

2. Moving the table towards you Pull

4. Moving a car to start  Push

Energy is needed to apply force

Force helps us to do the following things

* Force can change the direction

* Force can change the speed

* Force can stop a moving object

* Force can change the shape 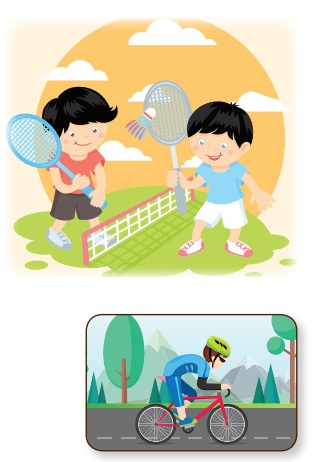 Here, in the picture, a boy hits the shuttlecock and it reaches the other boy. He hits it again with the racket to move it to the opposite direction.

* The cycle moves forward because force is applied on the cycle by pedaling.

* When we stop pedaling the force is removed and the cycle stops and comes to rest.

Some applications of force in everyday life

Force can change the speed

Force can change the speed of a body which is already in motion by providing more force on it. Ram and his brother are playing with a toy car. Ram tries to move the toy car and his brother stops it from the opposite direction to slow down the toy car.

Thus, force changes the speed of an object. 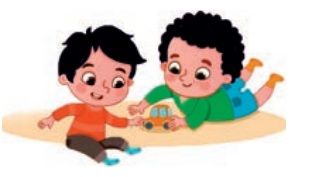 Force can stop a moving object

An object stops moving when we apply force in the opposite direction.

* Have you played football game?

* How will you stop the ball?

* The goal keeper applies force and stops the ball. 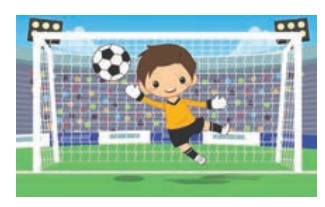 Force can change the shape

* When an inflated balloon or water balloon is pressed, some force is applied on both sides of the balloon. Thus, it changes its shape.

* While squeezing a plastic water bottle force is applied on all sides of the bottle. Thus, the shape and size of the bottle is changed. 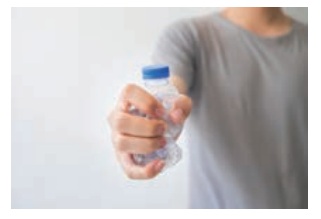 Less force is required in pulling than in pushing. So it is easy to pull than push an object. 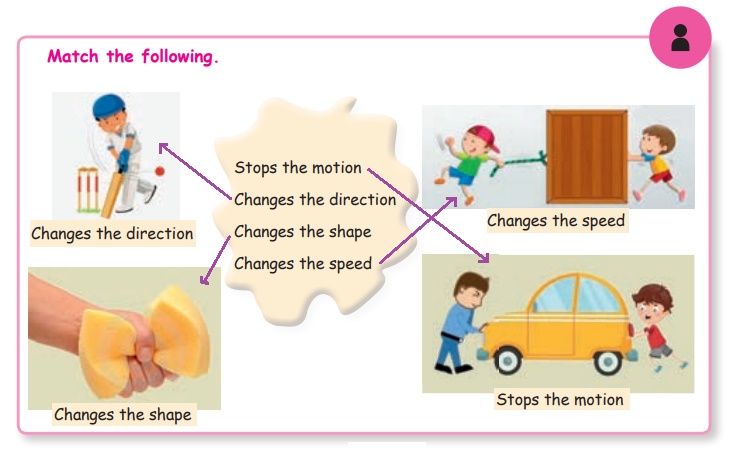 When a force is applied by touching the object, it is called contact force.

When a force is applied without touching an object, it is called non-contact force.

The force applied by using the parts of our body is called muscular force.

I use my legs to pedal. The force used here is muscular force.

I use my hands to make pots. The force used here is muscular force.

The force applied by a machine is called mechanical force.

* When you throw a ball up in the air, why does it come down?

Why do fruits fall down from the tree? 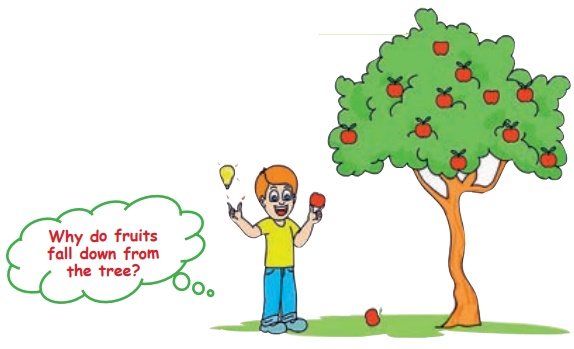 Observe the picture and write the kind of force involved here. 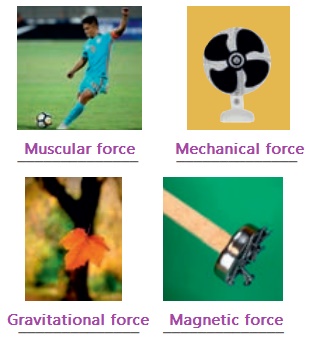 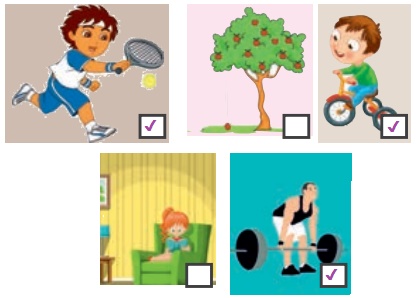 When we roll down a ball on grass ground, it slows down and finally stops. We know that an object cannot stop without force. The force that stopped the ball is frictional force. Force exerted by the surface when an object moves over it is called Frictional force.

Think! Why do we sprinkle powder on the carom board before playing carrom?

To reduce the friction between the surface of the carrom board, the striker and the coins.

When we use eraser on a paper, the shape of the eraser changes. Why? It is because of the friction between the eraser and the paper.

Friction is a force actions between two surfaces in contact or when they slide over one another. 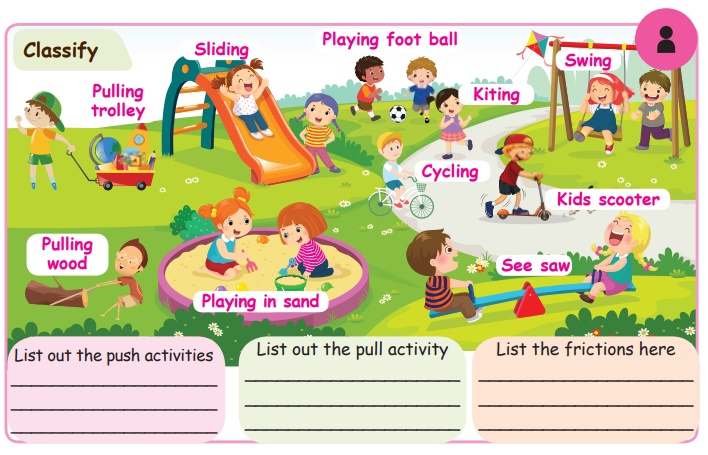