The most nutritious food can cause illness if it is contaminated with pathogens (disease-causing agents) or certain chemicals.

The most nutritious food can cause illness if it is contaminated with pathogens (disease-causing agents) or certain chemicals. Some of the pathogens that can cause foodborne illness include certain bacteria, viruses, molds, worms, and protozoa. The chemicals may be a natural component of specific foods, inten-tionally added during production or processing or accidentally added through carelessness or pollution.

There are always microorganisms in the environment. Some are useful, such as the bacteria used to make yogurt and certain cheeses. Others are pathogens. Pathogens may be in the air, on equipment, in food, on the skin, or in mucus and feces. Food is a particularly good breeding place for them because it provides nutrients, moisture, and often warmth. Although pathogens can be found in all food groups, they are most commonly found in foods from animal sources. Contaminated food seldom smells, looks, or tastes different from non-contaminated food.

Food poisoning is a general term for foodborne illness. When food poi-soning develops as a result of a pathogen’s infecting someone, it is a foodborneinfection. When it is caused by toxins produced by the pathogen, it is called food intoxication and, in the case of botulism, can kill. Toxins can be producedby bacteria during food preparation or storage or by bacteria in one’s diges-tive tract. Enterotoxins affect mucous membranes in the digestive tract, and neurotoxins affect the nervous system.

It is thought that as many as one-third of the population of the United States may experience food poisoning each year. Its typical symptoms include vomiting, diarrhea, headache, and abdominal cramps. Many never know they are suffering from food poisoning and assume they have the flu. Others, espe-cially young children, the elderly, or those with compromised immune systems (such as people who are HIV positive) may become very ill, and some may die. 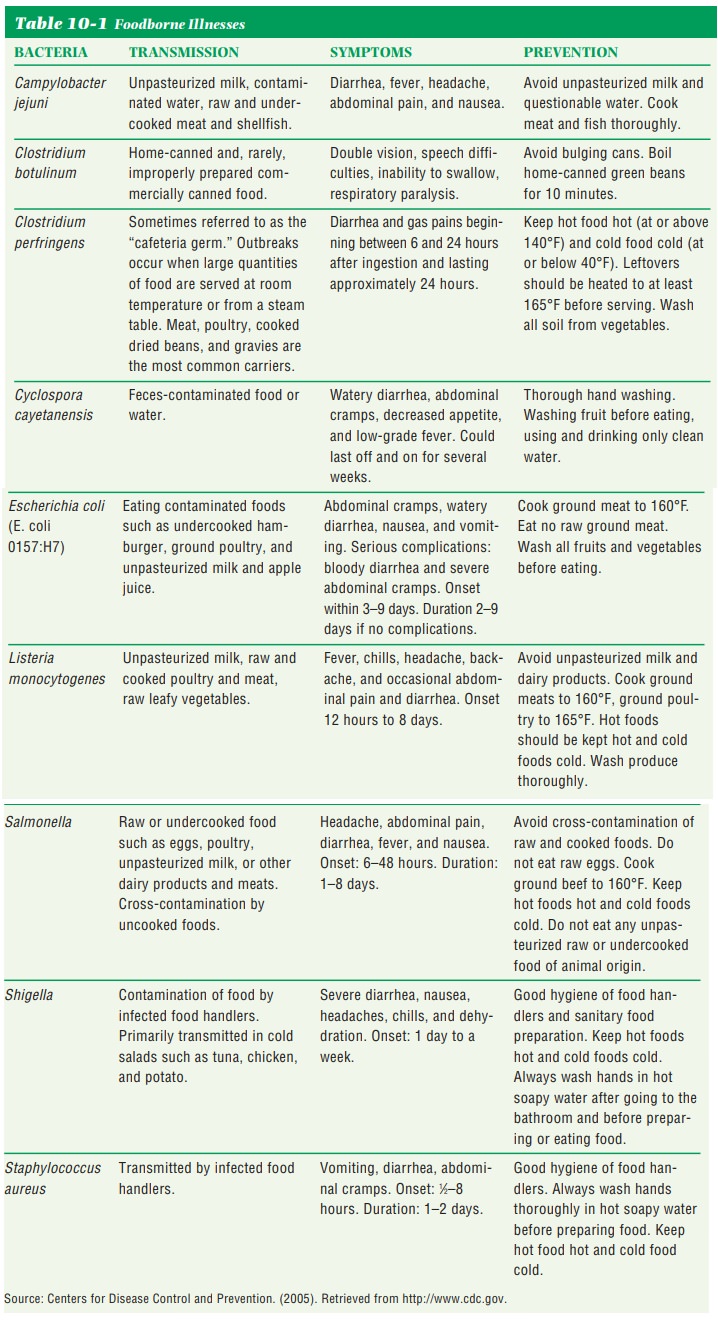