2. Nature and Level of Change

Development is a discontinuous and spontaneous change while growth is a gradual and steady change in the long run.

Growth simply means more output. But development refers to efficiency in production i.e. output per unit of input. It also implies changes in composition of output and in allocation of resources, reduction of poverty, inequality and unemployment. 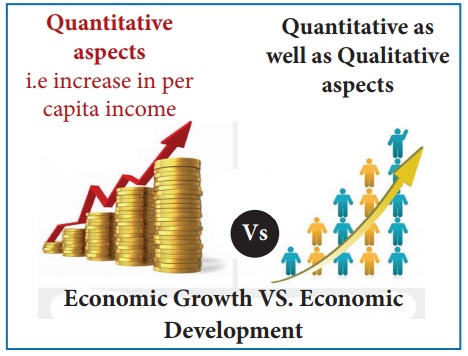 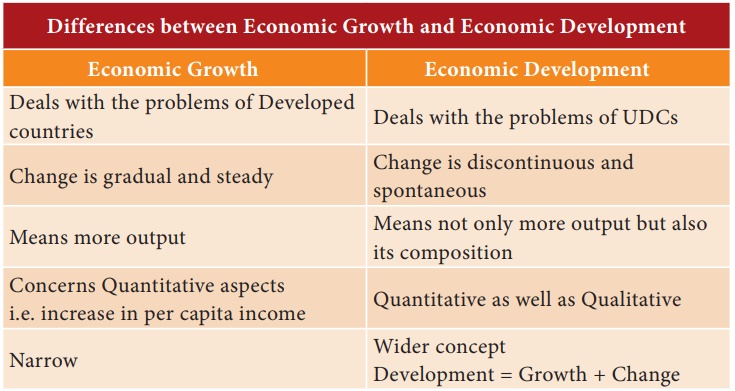 i. Deals with the problems of Developed countries

ii. Change is gradual and steady

i. Deals with the problems of UDCs

ii. Change is discontinuous and spontaneous

iii. Means not only more output but also its composition

iv. Quantitative as well as Qualitative