This Page deals with dimensional analysis,models and similitude,and application of dimensionless parameters.

This Page deals with dimensional analysis,models and similitude,and application of dimensionless parameters.

Many important engineering problems cannot be solved completely by theoretical or mathematical methods. Problems of this type are especially common in fluid-flow, heat-flow, and diffusional operations. One method of attacking a problem for which no mathematical equation can be derived is that of empirical experimentations.

For example, the pressure loss from friction in a long, round, straight, smooth pipe depends on all these variables: the length and diameter of the pipe, the flow rate of the liquid, and the density and viscosity of the liquid. If any one of these variables is changed, the pressure drop also changes. The empirical method of obtaining an equation relating these factors to pressure drop requires that the effect of each separate variable be determined in turn by systematically varying that variable while keep all others constant. The procedure is laborious, and is difficult to organize or correlate the results so obtained into a useful relationship for calculations.

There exists a method intermediate between formal mathematical development and a completely empirical study. It is based on the fact that if a theoretical equation does exist among the variables affecting a physical process, that equation must be dimensionally homogeneous. Because of this requirement it is possible to group many factors into a smaller number of dimensionless groups of variables. The groups themselves rather than the separate factors appear in the final equation.

Dimensional analysis drastically simplifies the task of fitting experimental data to design equations where a completely mathematical treatment is not possible; it is also useful in checking the consistency of the units in equations, in converting units, and in the scale-up of data obtained in physical models to predict the performance of full-scale model. The method is based on the concept of dimension and the use of dimensional formulas.

If the number of variables involved in a physical phenomenon are known, then the relation among the variables can be determined by the following two methods.

phenomenon and if these variables contain m fundamental dimensions (M, L, T), then the variables are arranged into (n-m) dimensionless numbers. Each term is called Buckingham’s

v It is used to justify the dependency of one variable with the other.

v Usually this type of situation occurs in structures and hydraulic machines. 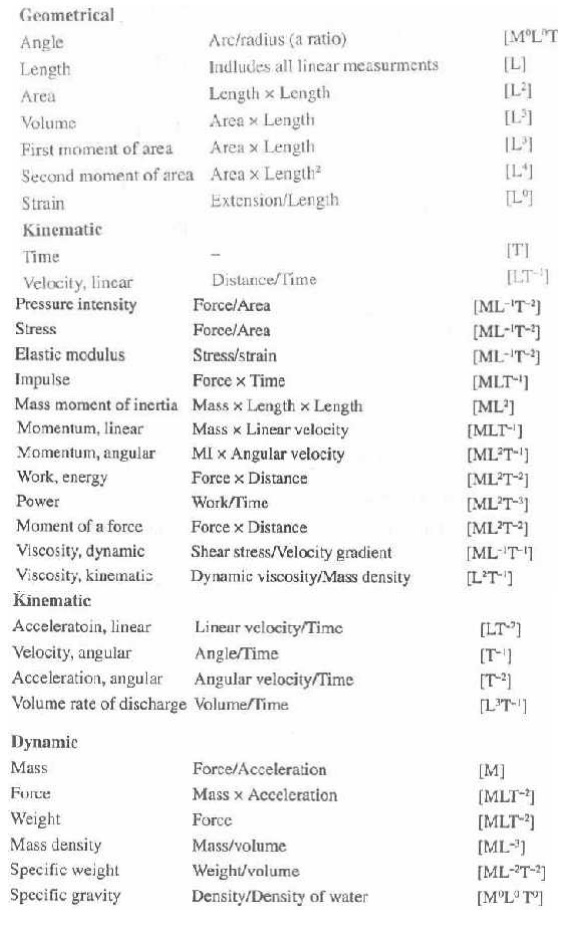 Whenever it is necessary to perform tests on a model to obtain information that cannot be obtained by analytical means alone, the rules of similitude must be applied. Similitude is the theory and art of predicting prototype performance from model observations

2.Kinematic similarity refers to motion and requires geometric similarity and the same ratio of velocities for the corresponding positions in the vessels.

3.Dynamic similarity concerns forces and requires all force ratios for corresponding positions to be equal in kinematically similar vessels.

Since the inertia force is always present in a fluid flow, its ratio with each of the other forces provides a dimensionless number. 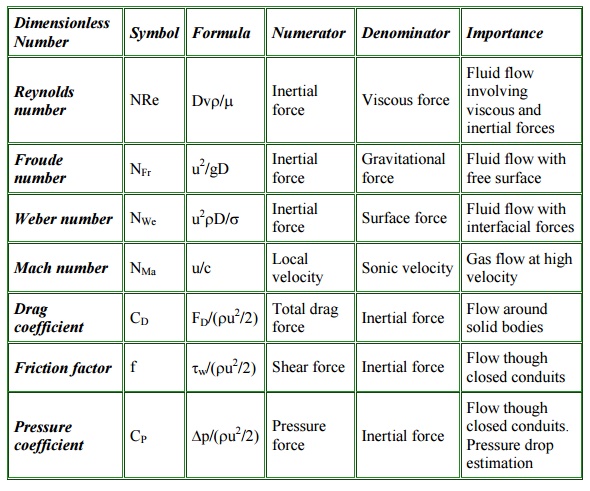 Present engineering practice makes use of model tests more frequently than most people realize. For example, whenever a new airplane is designed, tests are made not only on the general scale model but also on various components of the plane. Numerous tests are made on individual wing sections as well as on the engine pods and tail sections

Models of automobiles and high-speed trains are also tested in wind tunnels to predict the drag and flow patterns for the prototype. Information derived from these model studies often indicates potential problems that can be corrected before prototype is built, thereby saving considerable time and expense in development of the prototype.

Much time, mony and energy goes into the design construction and eradication of hydraulic structures and machines.

2.     Design of harbor, ships and submarines

4.     Marine engineers make extensive tests on model shop hulls to predict the drag of the ships

The friction factor relates six parameters of the flow:

Therefore, given any five of these, we can use the friction-factor charts to find the sixth.

The three most common types of problems are the following: 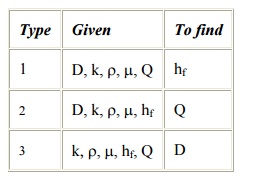 Generally, type 1 can be solved directly, where as types 2 and 3 require simple trial and error.