Curvature: The rate of bending of a curve in any interval is called the curvature of the curve in that interval. 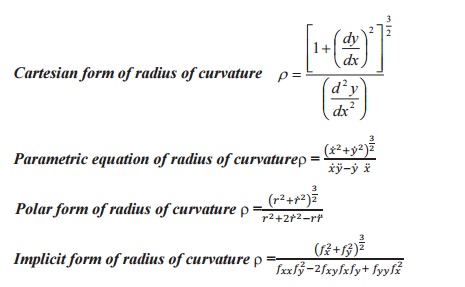 Equation of circle of curvature:

Evolute: The locus of the centre of curvature is called an evolute

Parametric equation of some standard curves

Envelope: A curve which touches each member of a family of curves is called envelope of that family curves.

Properties of envelope and evolute

Property:1: The normal at any point of a curve is a tangent to its evolute touching at the corresponding centre of curvature.

Property:2 The difference between the radii of curvature at two points of a curve is equal to the length of the arc of the evolute between the two corresponding points.

Property:3: There is one evolute ,but an infinite number of involutes

Property:4 The envelope of a family of curves touches at each of its point. The corresponding member of that family 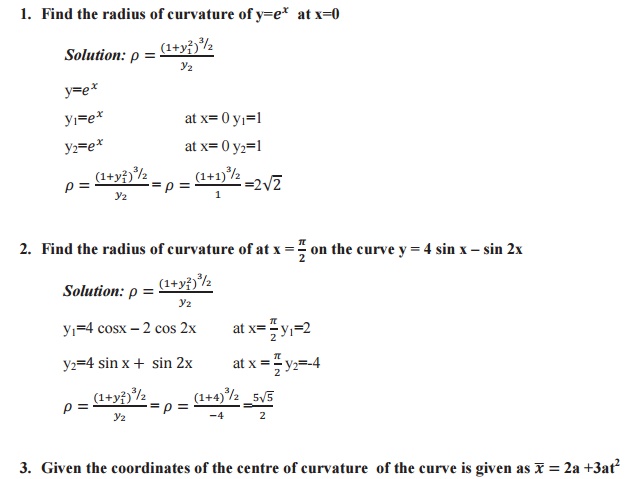 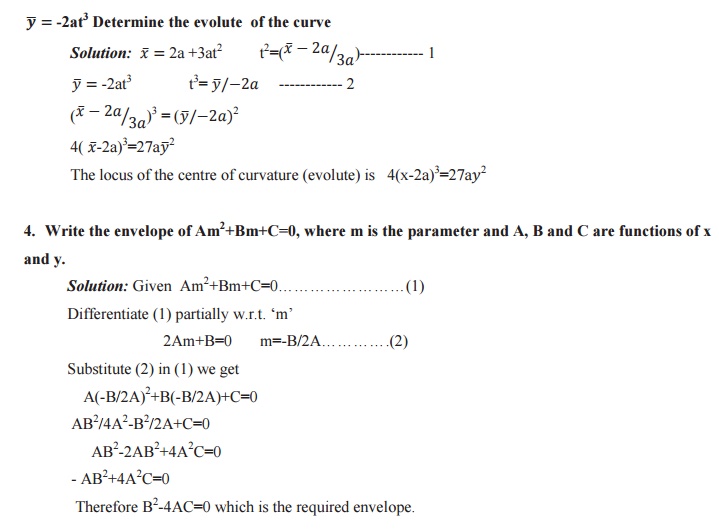 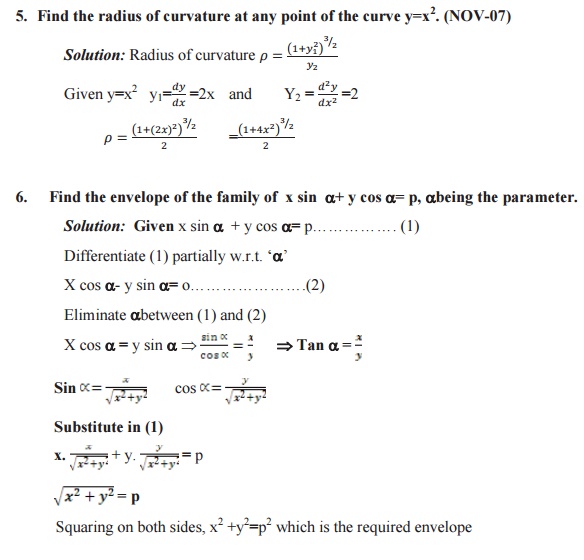 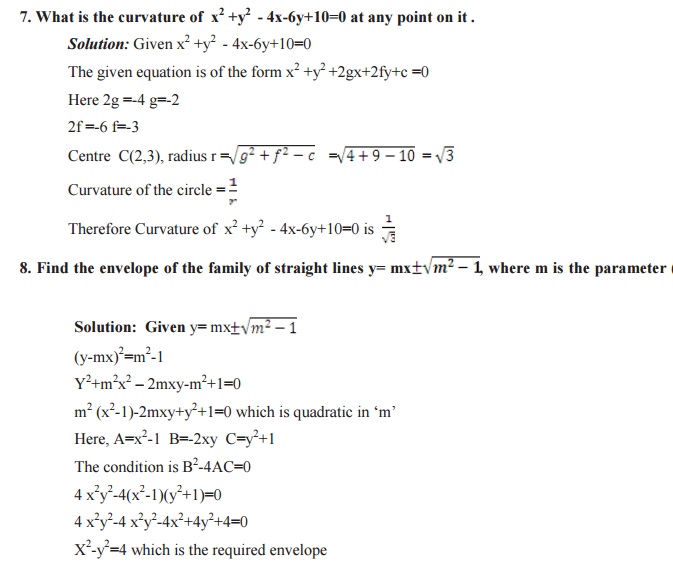 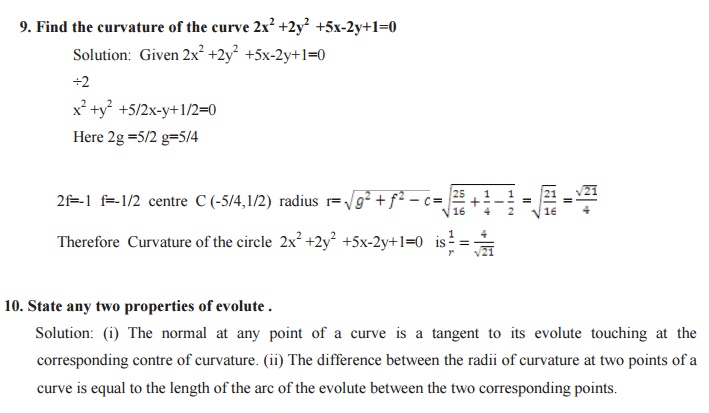 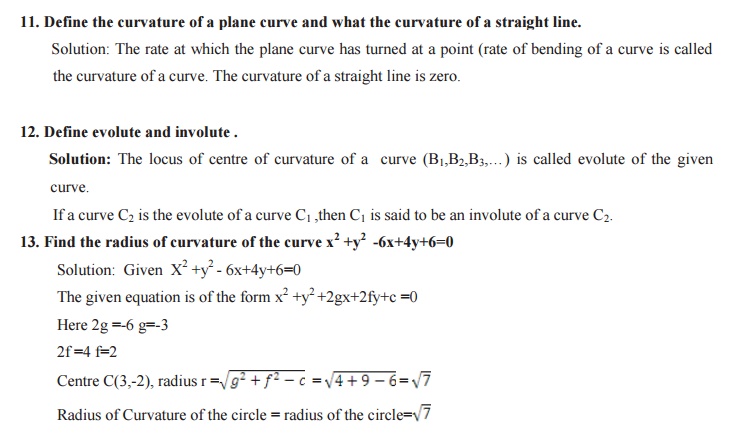 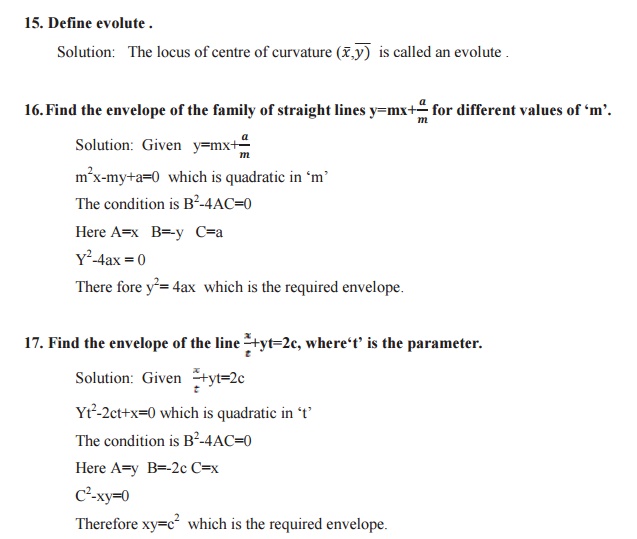 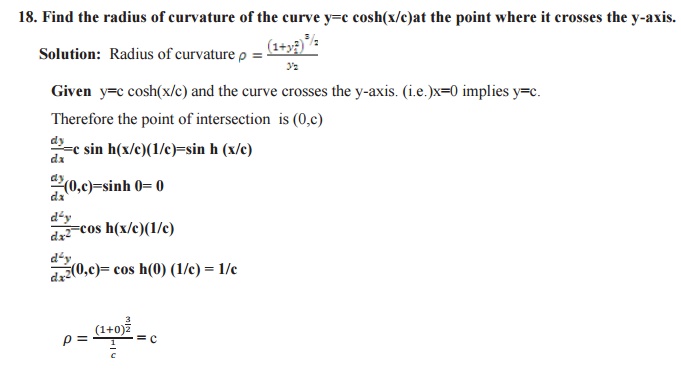 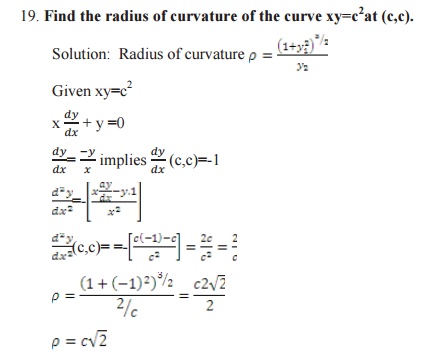 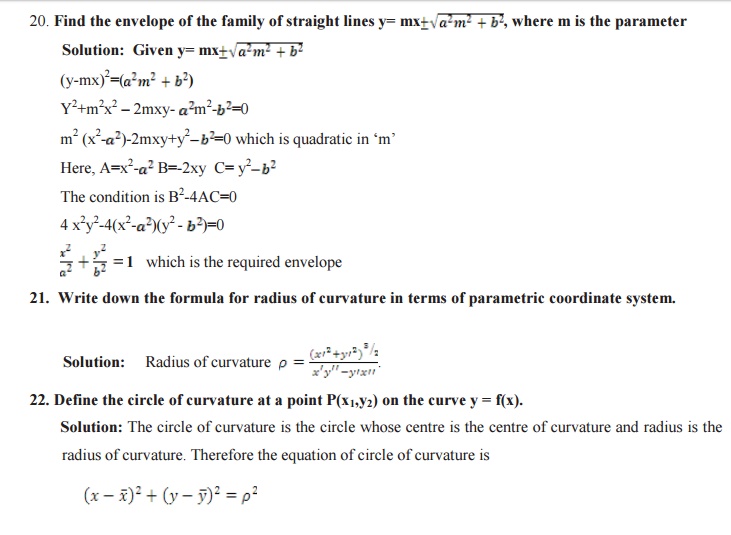