There are three classes of statistical diagrams. They are as follows;

There are three classes of statistical diagrams. They are as follows;

1. One-dimensional statistical diagrams such as line graph, poly graph, bar diagram, histogram, and star diagram. etc., in these diagrams quantities are represented by the line, length of bars and length of radiating lines in a star diagram.

We will discuss the following diagrams alone

The line graphs are usually drawn to represent the time series data related to the temperature, rainfall, population, birth rates and the death rates.

Line-graphs are commonly used for representing

* Population data such as growth of population, birth rate, death rate, etc, and

* Economic data such as crop yield, minerals extraction, production of industrial goods over a period of time etc.

A simple line-graph is a line or a curve drawn by joining together, points plotted with the help of two co-ordinates i.e. is a vertical axis and horizontal scale. It represents the successive changes in the value of one variable over a certain period of time.

How to construct a Line Graph

Line graphs are very easy to construct on graph paper.

2. Next add label and scale for both axes.

3. After that, plot your data points.

4. Next draw a line through the plotted data points.

Let us see some of the solved examples given below. 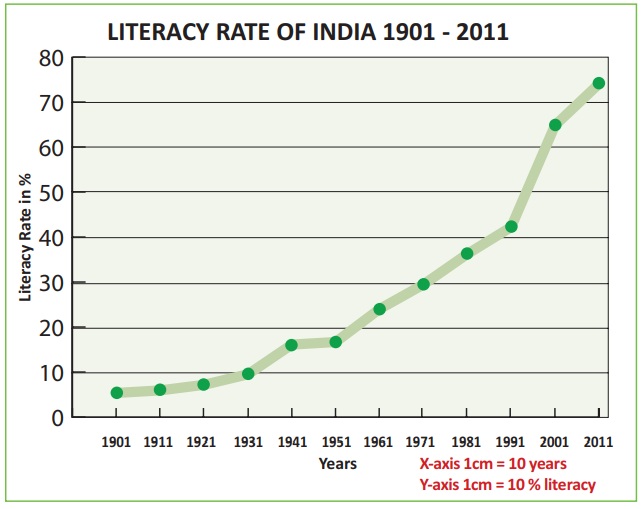 Polygraph is a line graph in which two or more variables are shown by an equal number of lines for an immediate comparison, such as the growth rate of different crops like rice, wheat pulses or the birth rates, death rates and life expectancy or sex ratio in different states or countries. A different line pattern such as straight line (__), broken line (---), dotted line (…...) or a combination of dotted and broken line (.-.-.-) or line of different colours may be used to indicate the value of different variables.

Construct a polygraph to represent the data as given in Table 12.2.

Table 12.2 Urban Population in percentage of selected states of India 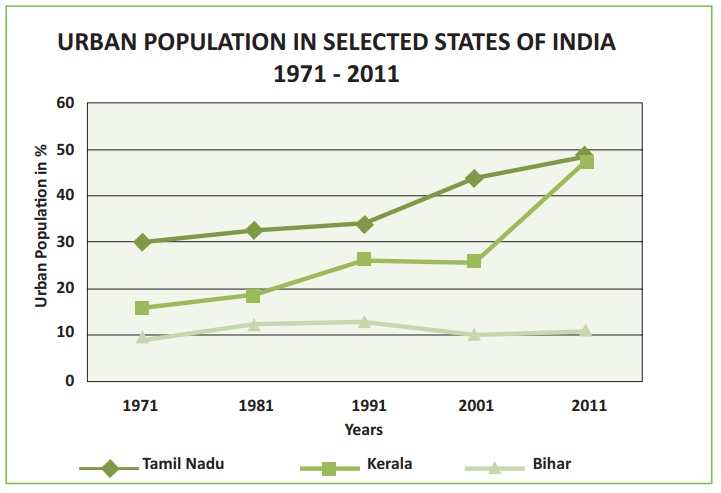 * The width of all the bars or columns should be similar.

* All the bars should be placed on intervals of equal distance.

* Bars may be shaded with colours or patterns to make them distinct and attractive.

A simple bar diagram consists of a series of bars each of which shows total value of only one variable. We can represent for example the total population of different states of a country for a particular year, the annual production of wheat, rice, cotton for a particular place etc., and monthly rainfall for 12 months of the year. A simple bar diagram is constructed for an immediate comparison. It is advisable to arrange the given data set in an ascending or descending order and plot the data variables accordingly.

We represent the above data by simple bar diagram in the following manner:

Step-1: Time (Years) is marked along the X-axis and labelled as ‘Year’.

Step-3: Vertical rectangular bars are erected for each year marked on x-axis and the height of each bar is proportional to the value of the respective production cost.

Step-4: Simple Vertical bars are filled with the same colours.

Construct a simple bar diagram to represent the data given in Table 12.3. 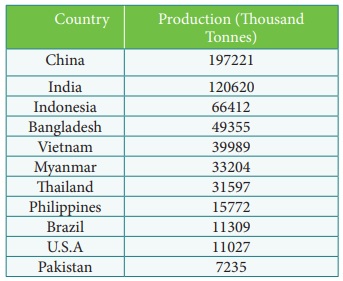 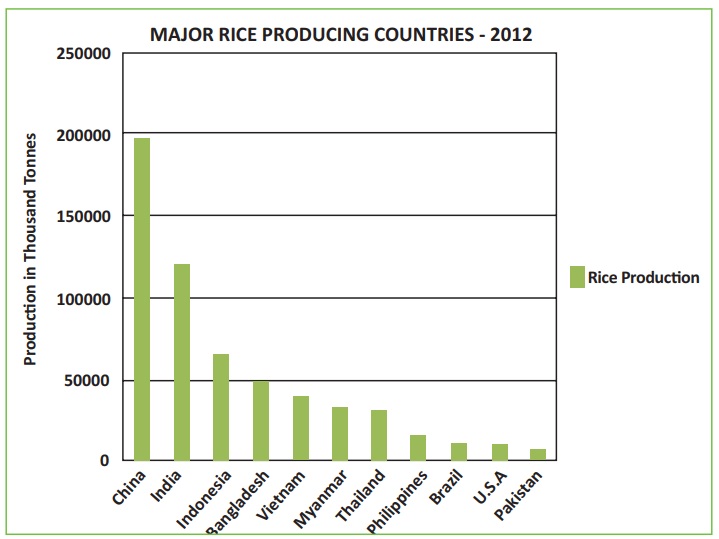 Multiple bar diagrams are constructed to represent two or more variables for the purpose of comparison. For example, a multiple bar diagram may be constructed to show proportion of males and females in the total, ural and urban population or the share of canal, tube well and well irrigation of the total irrigated area in different states or yield of rice, wheat sugar cane, coffee in the different states of a country, etc.

Construct a Multiple Bar diagram to represent the data given in Table 12.4. 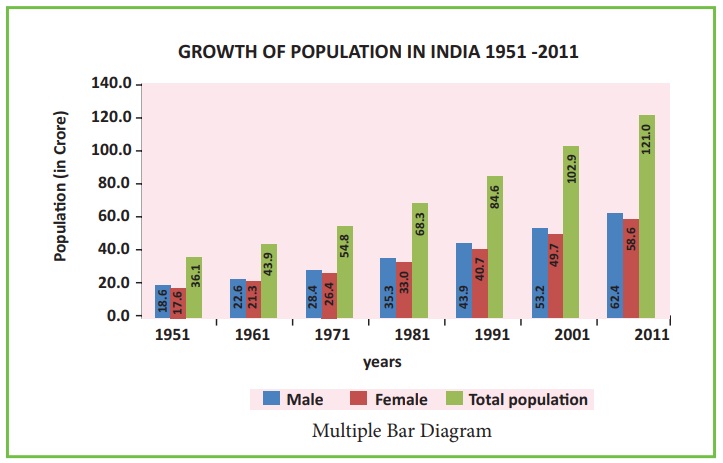 The Pie diagram is a circular diagram. A circle which has 360° is divided into different sectors. Angles of the sectors, subtending at the center, are proportional to the magnitudes of the frequency of the components. When a circle is sub-divided into various component sectors, it is called a Pie diagram.

How to construct a pie diagram?

The following procedure can be followed to draw a Pie diagram for a given data:

1. Draw a circle by using a particular radius.

2. The proportional values of various components should be converted into degrees.

3. The angles are obtained by the following formula

Construct a Pie diagram to represent the data given in Table 12.5. 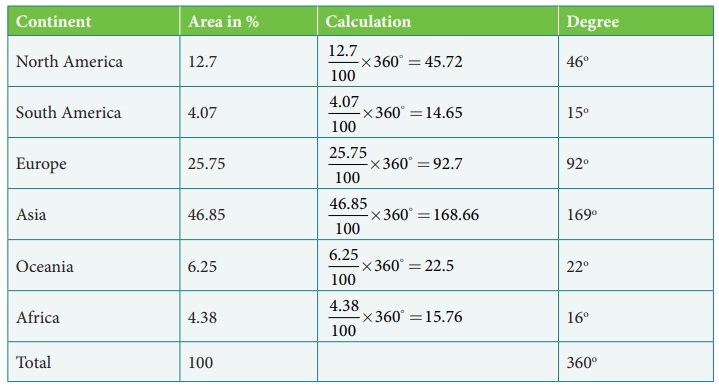 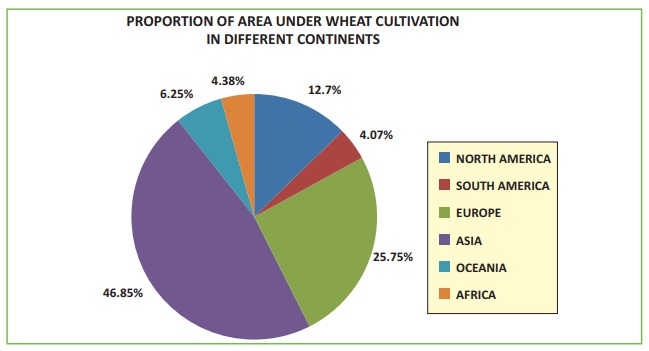