Causes of chronic inflammation include the following: · Following a bout of acute inflammation · Persistent infections

Causes of chronic inflammation include the following:

There are several important cells in chronic inflammation.

May be modified into epithelioid cells in granulomatous processes

·              Lymphocytes include B cells and plasma cells, as well as T cells. Lymphotaxinis the lymphocyte chemokine.

·              Basophils contain similar chemical mediators as mast cells in their granules.Mast cells are present in high numbers in the lung and skin. Both basophils and mast cells play an important role in IgE-mediated reactions (allergies and anaphylaxis) and can release histamine.

Composition of a granuloma is as follows:

·              Central necrosis occurs in granulomata due to excessive enzymatic breakdown and is commonly seen in Mycobacterium tuberculosis infection as well as fun-gal infections and a few bacterial infections. Because of the public health risk of tuberculosis, necrotizing granulomas should be considered tuberculosis until proven otherwise. 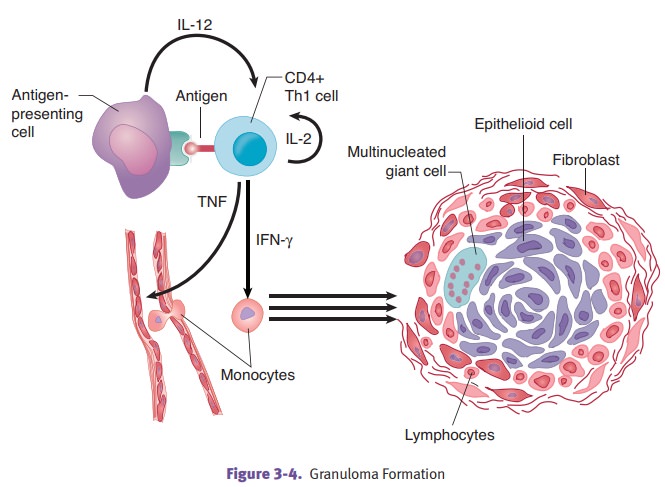 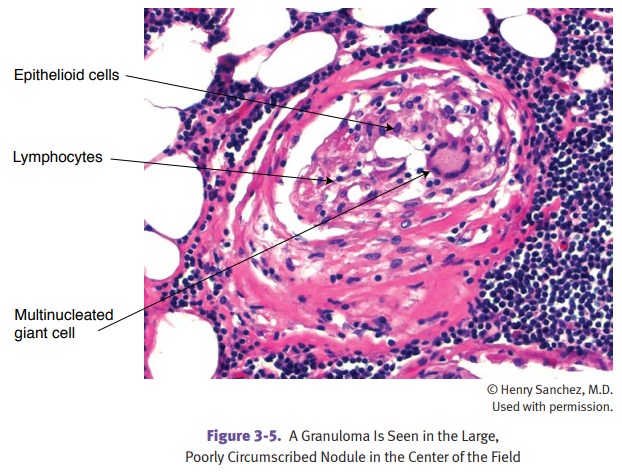 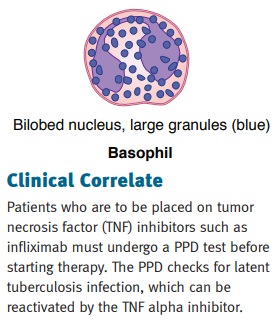