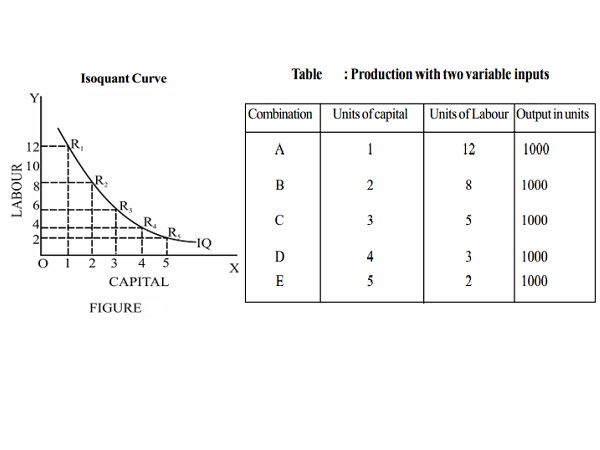 The isoquant analysis helps to understand how different combinations of two or more factors are used to produce a given level of output.

Combination  Units of capital   Units of Labour  Output in units 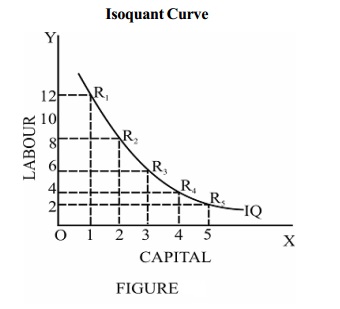 From the above table, it is clear that all combinations with different quantities of labour and capital result in the same level of production of 1000 units.

Thus an isoquant or isoproduct curve represents different combinations of two factors of production that yield the same level of output.

1.        The isoquant is downward sloping from left to right i.e. it is negatively sloped.

MRTS can be calculated using the above formula