The technical concept of a railway track consisting of ballast, sleepers, and rails is very old and has stood the test of time. Such a system is simple and can be rapidly extended, renewed, or dismantled.

The technical concept of a railway track consisting of ballast, sleepers, and rails is very old and has stood the test of time. Such a system is simple and can be rapidly extended, renewed, or dismantled. The general problem that occurs with ballasted tracks is that the ballast material slowly deteriorates due to the load of the traffic. The breaking of the ballast under the pressure exerted by the load causes geometrical unevenness and clogging of the ballast bed by fine particles. Therefore, regular maintenance is needed to restore track alignment. The experience in Germany and other countries has been that the conventional track may be used for speeds of up to 250 km/h but not beyond that. For higher speeds, the construction of a ballastless track is required. In a ballastless track, the rails are directly fastened to the concrete slab using elastic fastenings. A ballastless track is expensive but is likely to require little or no maintenance during its lifetime. The success of a ballastless track is primarily based on the following advantages it offers.

Stability, precision, and comfort A ballastless track assures a permanently stable track and can withstand the heavy load of high-speed train traffic. Its performance is characterized by top quality, functionality and safety. The precise adjustment of the track up to the last millimetre while it is being assembled at the construction site is the prerequisite for ride comfort as well as reduction of pressure loads experienced by the rolling stock.

Long life-span with practically no maintenance With a service life of at least 60 years and with little or no requirement for service or maintenance, a ballastless track offers great viability and unmatched cost effectiveness in high-speed operations.

Flexibility and end-to-end effectiveness in application With its comparatively low structural height and the possibility of the achievement of the optimal track alignment, ballastless track technology offers highly attractive and beneficial solutions as an end-to-end system technology for main-track and turnout sections. This technology can be applied on a uniform basis on embankments, bridges, and tunnels. 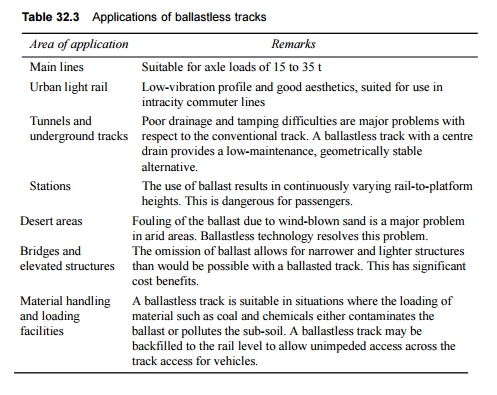 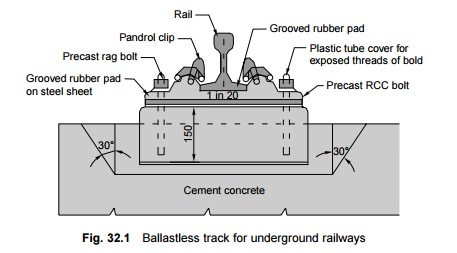